The fast-growing Chinese market is a tidbit for all manufacturers. In Beijing are driven not only global premieres, but also the models, focused exclusively on the local market. For example, the current Motor Show Mercedes-Benz pulled the new E-Class, Jaguar – the XF sedan, and Audi – A4.

Jaguar XF And The Company: Let’s Choose a Five-Meter Premium Sedan for 46 000 $

In Beijing for the first time, you can see a number of truly global models that are being taken to China by manufacturers, based on loyalty to one of the largest markets.

The B-Class sedan Hyundai Verna is nothing more than a future Solaris. Korean automaker brought a pre-production car with tightly smoked windows and made public a minimum of information about the new product. For example, there is no data on the drive train. It is known that sedan became 5 mm longer than its predecessor, 20 mm wider and lower than 10 mm. At the same time the wheelbase has grown by 30 mm to 2600 millimeters. Design of the car is the development of the style of the previous Solaris, hexagonal radiator grille has a new structure and is now docked with the headlights. 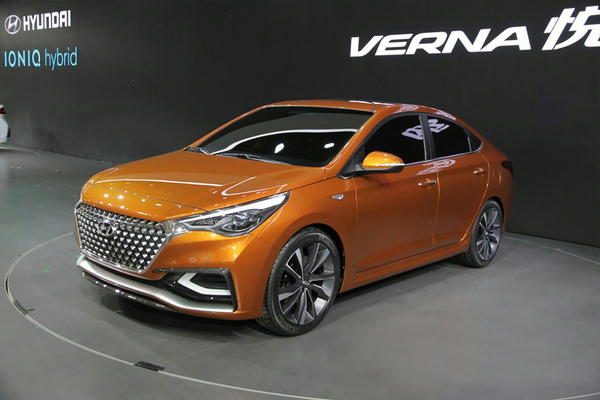 Long sedans D- and E-Class in China is a common occurrence. Legal restrictions do not allow the Chinese buy our usual representation models, or make them too expensive, so popular in the country model of lower segments is stretched and equipped in accordance with the ideas of Chinese comfort.

The New Mercedes-Benz E-Class with Your Own Eyes

The elongated Mercedes-Benz E-Class is made in the image of the current Mercedes-Maybach: wheelbase became 140 mm longer (up to 3079 mm),the doors have been changed. Maybach or “Just Mercedes”: Select a Sedan that “represent”

Long E-Class offers rear seats with electric backrest and heated, and in the center armrest is integrated touchpad that allows you to control media system functions. The options list includes such exotic equipment cupholders heated. The choice will offer rear-drive Mercedes E 200 L with two-liter engine capacity of 184 hp and all-wheel drive E 320 L 4Matic capacity of 272 horsepower. The release of cars will establish a joint venture with BAIC Beijing Benz Automotive Co. 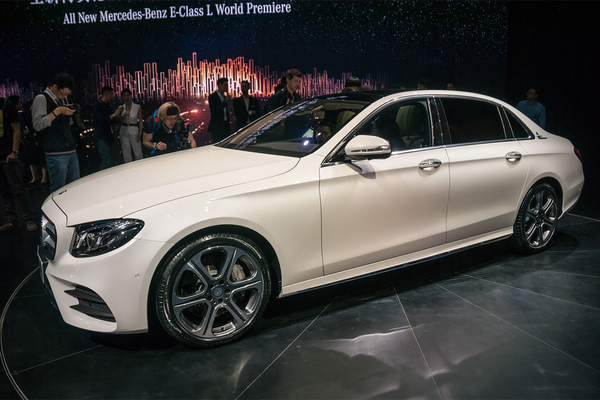 Compact Sedans, Which Are Rated by Drivers Around the World

Lexus IS timed to Beijing its updated sedan, most of the vehicles are still out in the US, but by the results of last year, the Chinese market has become the second largest and Europe – only the third. IS was updated for the first time in four years, but the scale of changes is small: shape of the headlights became different, the grille now is solid, without jumpers, and air intakes on the sides of it increased significantly in size. The main innovation in the cabin is 10.3-inch screen multimedia system. The location of the buttons on the center console has changed a little, as well as appeared joystick multimedia RTI system. Sedan is still equipped with a two-liter “turbo four” (245 hp), as well as the atmospheric unit volume of 3.5 liters (259 hp or 310). It will be available and a hybrid option. Sales of the updated IS Lexus plans to start closer to the autumn. 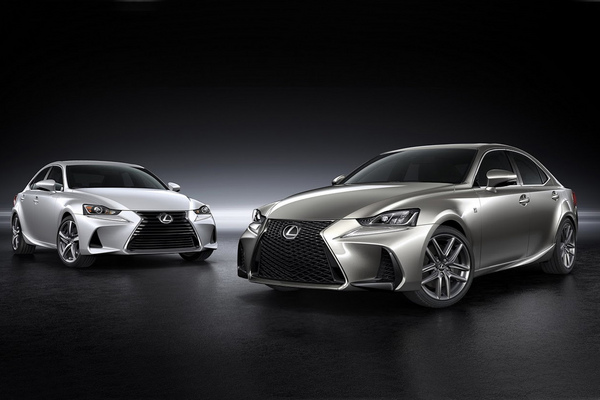 Cayman Coupe of new generation, as shown in March roadster Boxster, received a digital index of 718 in honor of the legendary sports car Porsche 718, which in 1950 won the race 24 Hours of Le Mans. Changes here are the same as that of the roadster. The body was completely redesigned, optics became the LED, and the cabin got a new instrument panel, a new steering wheel with switch driving modes and other media system. For a fee is proposed adaptive PASM chassis lowered by 10 mm ground clearance, and for the S-models is sport suspension with ride height 20mm lower than the standard. The new Cayman 718 has the same engines as the Boxster, although earlier coupe was fitted with a more powerful units. Cayman now comes with only turbo engine capacity of 2.0 liters (300 hp) and 2.5 liter (350 hp). Both work with pre selective transmission PDK.

Updated Coupe Porsche 911 Carrera and Carrera S. What Will You Choose? 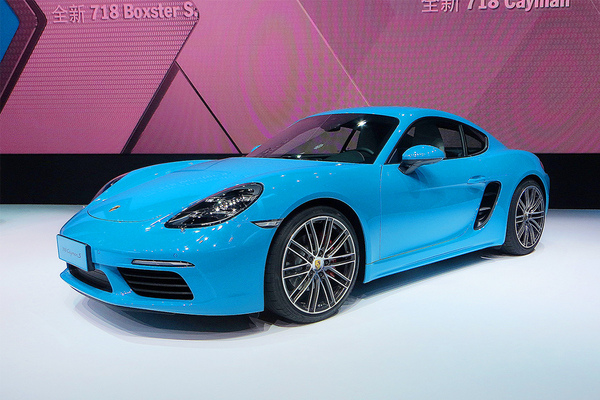 Acura has brought to Beijing its smallest crossover CDX.

The car with dimensions 4495h1840h1600 and with a wheelbase of 2660 mm is based on the Honda HR-V platform (also sold under the names XR-V and Vezel). CDX is the first crossover of the Japanese premium brand, equipped with a modest four-cylinder turbo engine. The power unit volume of 1.5 liters develops 182 hp and maximum torque is 240 Newton-meters. The motor is paired with an eight-step “robot” with two clutches. In addition to front-wheel drive is available an option complete.

CDX is the first model of the Japanese premium brand, which will be assembled in China at the Honda plant in Guangzhou, sales of cars will begin in July. 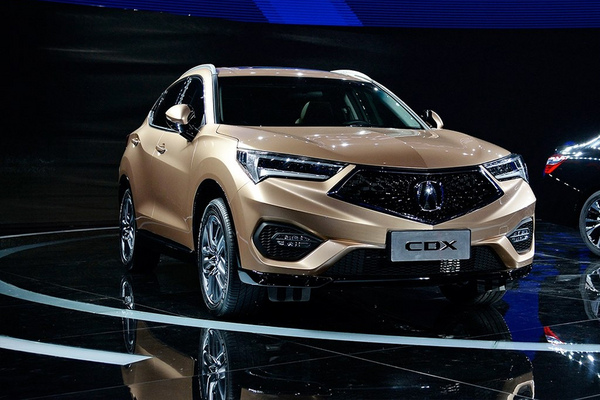