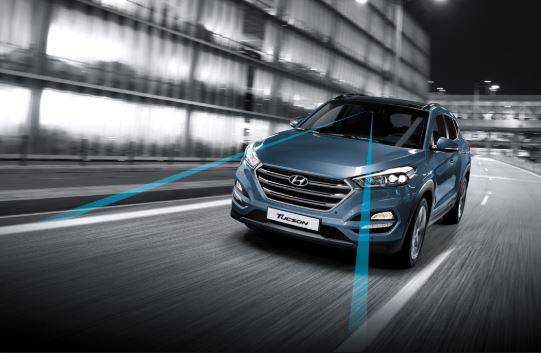 We begin, of course, with the exterior of the car. Looking at the official photos and video materials, we can safely say about the new period in the development of Hyundai Tucson. The car has become clearly more interesting, brighter, more original. In principle, bright hints of sportiness appeared in his image. This is probably very good news.

The front part has an interesting hood with exquisite stampings, a powerful false grille, much like an inverted trapezoid. Stylish optics with the use of LEDs, an unusual arrangement of fog lamps and LED daytime running lights, located one above the other, in close proximity. The front powerful bumper is successfully complemented with air ducts and plastic protection, which is not afraid of scratches and is made in black.

Behind it should be noted refined optics, well-located tailgate, a small glass, hinting us to the presence of heated rear tailgate.

In general, the impression of the appearance is the most positive. The car looks great, fresh and modern. It can be traced in many respects the similarity with the older brother-crossover Hyundai Santa Fe. It is on the steps below it the new Hyundai Tucson will be located, and will also be on the line higher in the Korean automaker’s hierarchy than the Hyundai ix25 compact crossover.

If we talk about the dimensions of the new Hyundai Tucson, then they are quite expected:

Yes, about the clearance for some reason, the company did not provide any data. Although even the photos show that the crossover is quite high, and therefore to overcome some difficult sections of the road is quite suitable.

The interior of the 2016 Hyundai Tucson

“The look of the new Tucson is entirely in keeping with the brand’s design philosophy. The car has a bold athletic appearance, smooth body surface, clear lines and most importantly equipped with a new hexagonal grille, “- said Peter Schreier, president and chief designer of the Hyundai Motor Group.

The interior of Tucson has undergone significant changes in terms of ergonomics and convenience. The standard leather driver’s seat has six adjustment methods and is equipped with ventilation and heating functions. Dual automatic climate control allows you to enjoy the ride regardless of its distance. Increased space for rear row passengers wins over competitors such as the Honda CR-V, Nissan Rogue, Toyota RAV4, Subaru Forester and Ford Escape. In addition, the rear row of seats is equipped with a two-stage tilting function, heating and ventilation systems.

The standard multimedia audio system includes a 5-inch color touch screen with a rear-view camera and a Bluetooth function with voice recognition and phone calls. The top grade is equipped with an 8-inch color touch screen with navigation system and rear-view camera. USB input allows you to access the audio recordings of your smartphone and even charge it while playing music. 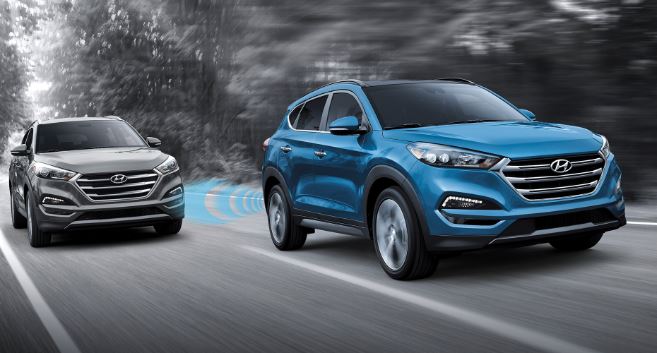 Prices and configurations of Hyundai Tucson 2016

All models intended for the European market are manufactured at a factory in the Czech Republic. The price depends on the modification and varies from 30 000 dollars.