“Four-door” marked the return of the Type S series – with this prefix, the Honda sub-brand used to release its “charged” models.

Mid-size sedan Acura TLX entered the US market in 2014, three years later the model experienced serious restyling. Not so long ago, it became known that Acura abandoned the successor of the RLX, as consumer demand gradually goes to crossovers. However, as we see, this did not prevent the Japanese company from developing a new TLX, despite a noticeable decline in the segment. So, last year, the car sold 26 548 units in the United States, which is 12.8% less than a year earlier. And this figure is still greater than that of competitors Infiniti Q50 (25 987 units, -25.2%) and Lexus IS (14 920 units, -34.9%).

The car received a different pentagonal radiator grille (its design differs depending on the version), LED head optics, the shape of which has become narrower, the front bumper with three air intakes. The exhaust pipes located on the sides are noticeable on the rear (they are double on the left and right on the Type S version), a spoiler on the trunk lid, and again narrower tail lights. 18-inch wheels are now offered as the base wheels (the first generation has an inch less), the top version is equipped with 20-inch ones.

The “second” Acura TLX was based on a new platform: instead of MacPherson struts, the front suspension received double wishbones and the “multi-link” at the rear (adaptive shock absorbers are optionally available). The length of the new generation sedan is 4943 mm, which is 74 mm longer than its predecessor. The distance between the axes also increased (by 94 mm) to 2870 mm. During the change of generations, the boot volume increased by 8 liters (up to 382 liters). The last Porsche 911 of the previous generation is auctioned to fight the coronavirus

A new leather-trimmed steering wheel appeared in the cabin, and the dashboard remained analogous, but a 7-inch screen was added to it (a projection screen is optionally available). The diagonal display of the multimedia system is 10.2 inches. The center console now has a wireless charger for smartphones. The decoration (depending on the version) uses leather, wood and aluminum parts. Optional front seats have 16 positions, premium audio system, backlight with 24 circuits, etc. 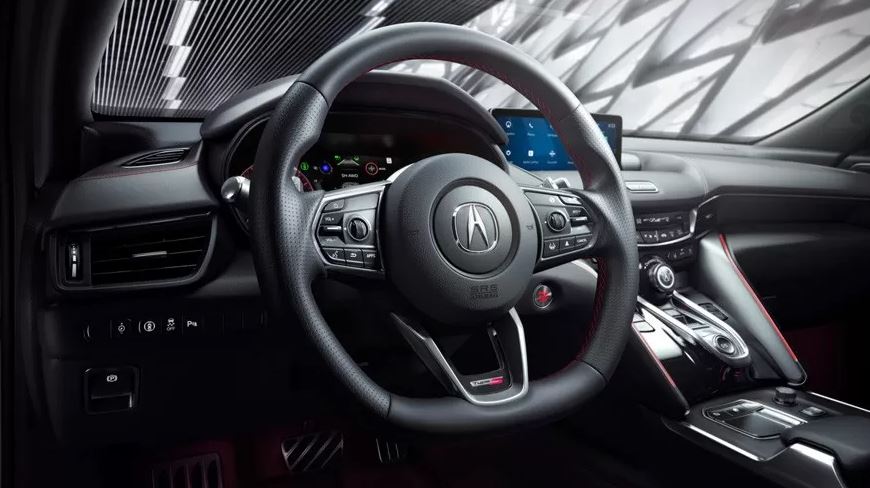 In addition, the second-generation Acura TLX is the first production car to be equipped with a new frontal airbag for the front passenger: it has the shape of a baseball glove. This four-section airbag is a joint development of Honda and Autoliv. In an accident, the passenger’s head falls into the center of the pillow, and the side parts cover it in such a way as to reduce the risk of slipping and neck fracture. Tesla between the two poles of the epidemic: China supports, the US scolds

During the generational change, the sedan changed the engine range: the 2.0-liter turbo four with a return of 276 hp now acts as the base one and a maximum torque of 379 Nm. The engine is paired with a ten-speed “automatic”. The actual crossover Acura RDX is equipped with it. Note that the initial version of the first generation TLX is equipped with a 209-strong “aspirated” volume of 2.4 liters (247 Nm).

The initial configuration of the “second” TLX has front-wheel drive, an optional SH-AWD system with two individual rear wheel drive couplings is optionally available (up to 70% of thrust can be sent to the rear axle).

Next spring, the top version with the Type S prefix familiar to Acura fans will enter the US market (the last such car was released in 2008). It is known that she received a new 3.0-liter V6 turbo engine with direct fuel injection. The company has not yet disclosed the power of this engine, according to preliminary information, its output will be above 300 hp. This motor also comes with a ten-speed automatic.

The production of the new Acura TLX established at the Honda plant in Marysville (Ohio). The second-generation car will reach American dealers in the fall of 2020 (except for the “charged” version, which will have to wait). Officially, the company has not yet announced the cost of the new product. Now the starting price tag of the “first” TLX is 33 000 dollars.