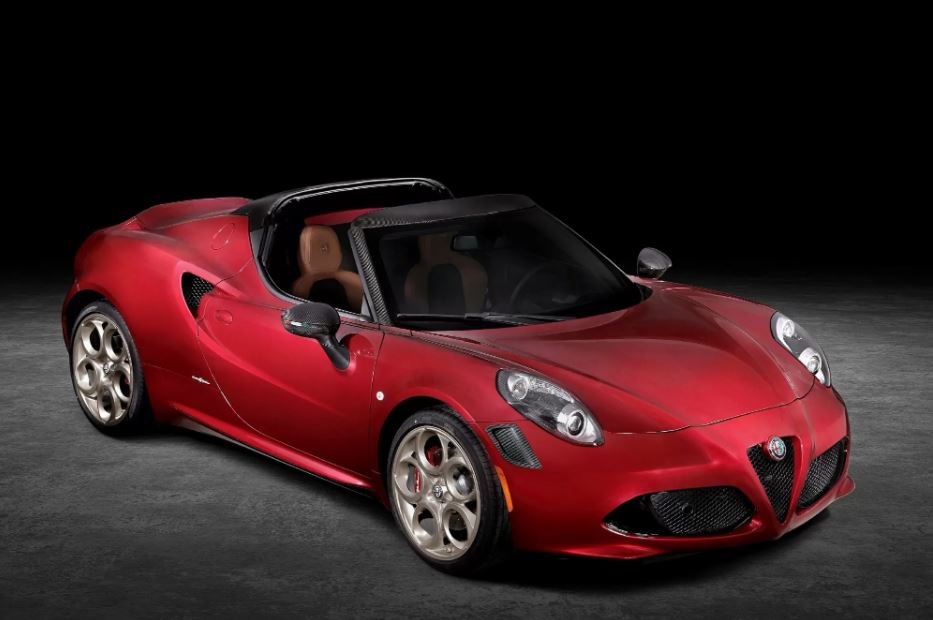 According to last year’s development plan, in the near future we will not see purebred sports cars in the Alfa Romeo lineup – only charged versions of crossovers and the only sedan Giulia. The production of the 4C Spider will end with a commemorative 33 Stradale Tributo with a red carbon fiber monocoque and other design touches.

The production version of the Alfa Romeo 4C debuted in 2013 and received rave reviews from the press for its spectacular design and gambling handling, but the too cramped interior, low level of comfort and high price did not contribute to market success – hardly FCA was able to recoup the development of this high-tech model. Alfa Romeo 4C, despite the low power-to-weight ratio (the uncontested 1.75-liter petrol turbo 4 produces a maximum 240 hp, 350 Nm and is docked with a 6-speed robot with two clutches), is designed according to all the canons of supercar construction – in. The body of the 4C is based on a carbon fiber monocoque.

The name of the farewell version refers to the 1967 Alfa Romeo 33 Stradale supercar, one of the fastest and most beautiful of its time: its 2.0-liter V8 produced 230 hp. in road specification and about 275 hp. in the racing. Acceleration to 100 km / h for the road version took less than 6 seconds, the maximum speed is 260 km / h. For comparison, let’s say that the Alfa Romeo 4C Spider is gaining the first “hundred” in 4.5 seconds, the maximum speed is 257 km / h.

The main feature of the limited Alfa Romeo 4C Spider 33 Stradale Tributo is a carbon fiber monocoque with red threads – its lacquered areas can be seen at the level of the sills in the cabin. Some of the exterior elements are also made of carbon, but already black: air intake covers, mirror housings, windshield frame, roll bar. The wheels have received a unique golden color. And, of course, a few commemorative plaques with the serial number of a particular instance will remind you of the limited edition. Exterior color – Rosso Villa d’Este tri-coat only red.

For the Alfa Romeo 4C Spider 33 Stradale Tributo, you will need to pay – $ 79,995, and all sorts of options, such as a dual-mode Akrapovic exhaust system, are already included in the price. For comparison, let’s say that the much more powerful Porsche 718 Boxster starts at $ 62,000 in the US.