Bentley is one of the brands that give more importance to its tradition and legacy. Now that they are about to reach their centenary, they launch the Bentley Mulsanne W.O. Edition, a special edition that pays homage to the founder and one of the key vehicles in its history, because Walter Owen Bentley, during his years in the brand, left jewels like the Bentley 8 Liter, launched in 1930 and described as the best grand tourism (and the last) made by the founder himself.

The name of this classic came by the displacement of its mechanics, a six cylinder in line of 7,983 cc, that made it the most powerful car of the time. Walter Owen himself had a unit, with chassis number GK 706, which was made especially for him by HJ Mulliner. Although he had to sell it when he left the company, Bentley recently acquired it and restored it. Now some pieces are used in a very curious way.

The original crankshaft had to be replaced and now it has been divided into 100 small parts and each one will be installed symbolically in this special edition. But it will not be the only exclusive component that the Bentley Mulsanne W.O. Edition. These 100 copies that will be handmade by Mulliner can carry the Onyx paint (or the one that the client chooses), some chromed elements and even the signature of the founder and an adornment of the centenary of the brand. 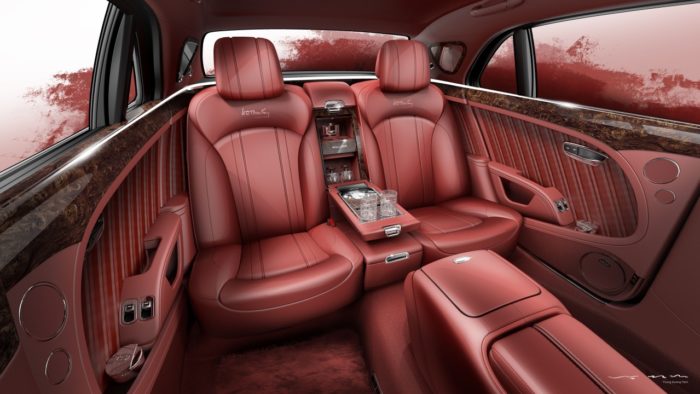 Although the most substantial differences are in the interior, where stands out a developed marquetry, made with different types of wood and whose main reason is the classic 8 Liter and that shows that fragment of the crankshaft. The entire interior is covered in Garnet-colored Beluga Fireglow Heritage leather and features high-quality finishes, as well as distinctive details such as lamb’s wool floor mats. The mechanics of this copy, whose deliveries will begin in 2019, will remain unchanged.