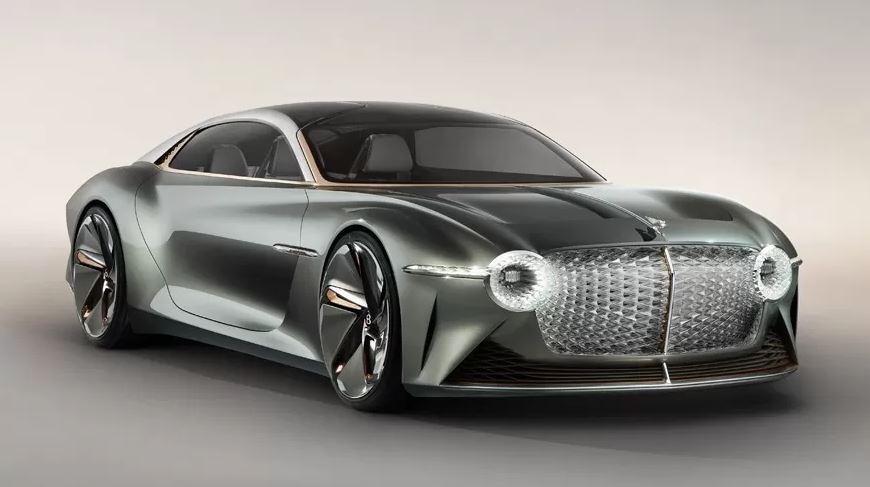 Mulliner tuning studio will work on the car, which is scheduled to be released in a limited edition.

The British luxury car manufacturer introduced the third-generation Continental GT convertible a year ago. However, this model is serial, which means that some Bentley customers may consider it mainstream. For them, the company will offer another novelty with an open top – a roadster, which will be created based on the EXP 100 GT concept coupe. The car will be released in a limited edition.

Bentley introduced the “two-door” EXP 100 GT in July 2019, the presentation was timed to coincide with the 100th anniversary. The dimensions of the coupe are “gigantic”: length is 5.8 meters, width – almost 2.4 meters. Earlier, brand executive director Adrian Hallmark said that a serial car created on the basis of this concept is unlikely to be of the same large size (it is supposed to be released in 2035). The new roadster, based on the same concept, is likely to be still more compact. Bentley Continental GT Number 9 Edition, celebrating the centenary

So far, there is little data on the future car. It is expected that in its decoration will be used materials that emphasize the environmental friendliness of the model, as well as in the concept (which ones are not specified). Recall that with the EXP 100 GT, the paintwork was created from recycled rice husk, and the upholstery of the armchairs was made from wine-making waste. In addition, there are rugs made from the wool of British sheep, cotton inserts with embroidery, wooden panels from a 5,000-year-old oak, caught from peat bogs, etc.

The concept coupe is all-electric. He has four electric motors – one for each wheel. Their total maximum return is 1359 hp, torque – 1500 Nm. Acceleration from 0 to 100 km / h requires less than 2.5 seconds, while this coupe can accelerate to 300 km / h. The power reserve of the electric “two-door” is 700 km (according to what cycle the calculation was carried out, not specified). A 550 HP V8 engine adds to the Bentley Continental GT range

However, the new Bentley Roadster, which will be released in a limited edition, will receive a more traditional “filling”: the W12 six-liter engine, which is placed under the hoods of the new generation Continental GT family cars. The coupe and convertible have a 635 hp engine output. (900 Nm). Note that the Convertible version accelerates to 96 km / h in 3.7 seconds, and the maximum speed is 333 km / h.

The development of the Bentley roadster will be done by the Mulliner tuning studio. The publication reports that the new car will be the first one built in the division after the creation of the Bentley State Limousine limousine for Queen Elizabeth II of Great Britain in 2002.

A limited batch of cars is likely to be released in 2021. The circulation will be only 12 cars or even less. Presumably the company is already talking with potential customers. The estimated price tag of the new Bentley Roadster will be approximately 1.5 million pounds.