The Bavarian manufacturer at the end of last month introduced the “refreshed” sedan and station wagon BMW 5 series. Now it’s the turn of the “charged” version, which is presented only in the form of a “four-door”. The company declassified two versions at once – M5 and M5 Competition. Changes in the interior and exterior of the “hot” modifications are the same as that of the “regular” sedan, while the “filling” has remained the same.

The updated “four-door” model received the same grille as the restyled “5” BMW (branded “nostrils” became more voluminous) and LED head optics with L-shaped daytime running lights (matrix headlights with laser high beam are available as an option). In the front bumper, M5 is noticeable with larger air intakes, and the rear bumper has a larger diffuser. The front wings are made of carbon fiber. The version with the Competition added to the name can still be recognized by the spoiler on the trunk lid and black decorative elements.

The interior of the M5 versions was updated with a new digital dashboard and another multimedia system with an enlarged touchscreen – a diagonal of 12.3 inches instead of 10.25 inches. The projection display can now be displayed in two different modes (depending on the selected driving electronics settings). The BMW M5 beats record by being 8 hours skidding (refueling included)

The standard equipment of the top version of the BMW M5 Competition M Special includes not only laser headlights, but also active cruise control, a parking assistant, a BMW Drive Recorder, heating all seats, automatic four-zone climate control, wireless charging of gadgets, etc. Some countries will not get a function that allows you to start remotely the engine and open / lock doors using smartphones with NFC technology. 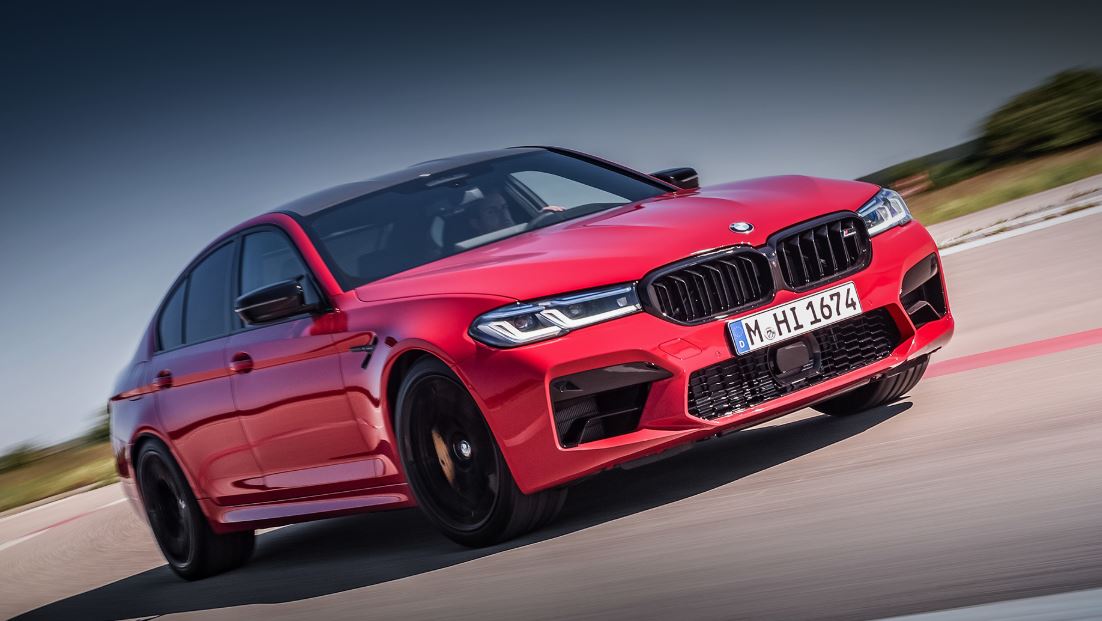 The M5 Competition version as part of the update received new shock absorbers from the M8 Gran Coupe model, as well as retuned springs. The company claims that it improved handling. In addition, versions added the Track driving mode (which involves disabling electronic assistants and the emergency stop alarm response function under emergency braking). This is how the BMW M5 has evolved over six generations