The SUV was introduced to the European market in 2000, and its main competitors were the German Porsche Cayenne, Volkswagen Touareg and the Japanese Infiniti FX. 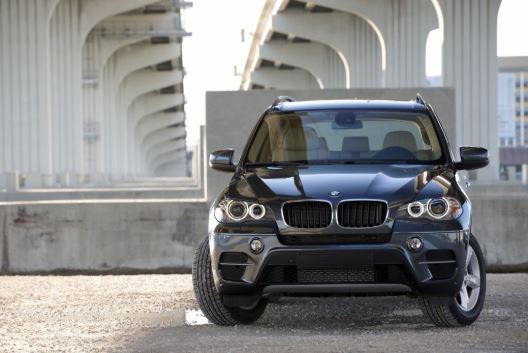 In comparison with the “classmates”, the BMW X5 demonstrates impressive dynamics and better handling thanks to the xDrive system. But this SUV can not be attributed to economic models. Nevertheless, the car enjoys unprecedented popularity. In 2010, it was recognized as the “luxury SUV of the year” in the world.

The BMW X5 has long been a legend in its class. It has an aggressive and memorable design, perfectly emphasizing the character and status of its owner in society. This car will not get lost in the gray everyday flow and will look good both on the streets of the metropolis and on dirt roads away from civilization. Salon is the realm of exclusive materials for decoration, well-thought-out ergonomics, practicality and uncompromising comfort. Even a country trip or heavy traffic at rush hour will not be able to deliver the owner inconvenience. The manufacturer is well aware that models of this level, first of all, should give pleasure to drive. That is why, the SUV is equipped with a line of high-tech and powerful units, which are an alloy of advanced development and unsurpassed German quality.

The BMW X5 is an extension of the group of large and powerful SUVs from BMW, with an emphasis on luxury. BMW is considering separating its M division to create its own models

The BMW X5 is the undisputed sales leader in the SUV segment from BMW. The number of X5s sold in the United States over the last years is almost 130,000 cars.

BMW EfficientDynamics in action or what is hidden under the hood of the updated X5?

The restyling of 2010 significantly influenced the technical characteristics of the crossover, as a serious adjustment was made to the engine range and the gearbox was replaced. Diesel engines from the pre-reform vehicle remained in the ranks, but underwent modernization.

In the range of gasoline engines there have been more tangible changes. The former “aspirated” gave way to turbocharged units – a 3.0-liter six-cylinder engine of the N55 series with a power of 306 hp. (BMW X5 35i modification) and a 4.4-liter V8 from the N63 family, giving up to 407 hp (BMW X5 50i). The installation of the turbo engine added a quick hit to the crossover, allowing the most powerful petrol version to “throw off” a full second from its previous acceleration rate to 100 km / h (it was 6.5 seconds, it became 5.5 seconds). A significant contribution to the improvement of the dynamic characteristics of the BMW X5 E70 restyled was made by the new 8-speed automatic transmission ZF, which replaced the 6-speed box.

Interior in the style of “luxury”. The cabin style of the updated BMW X5 is very close to the interior of the prestigious 5-series sedans – also refined and respectable. The atmosphere of the “luxury” class is felt literally in everything. The wide possibilities of transformation, rich serial equipment, high-quality materials. Additionally, a third row of seats can be installed, which makes it comfortable enough to carry up to seven people. According to the developers, another important addition is the glass holders. It seems that the manual change will continue in the next BMW M4

Transformable trunk is able to accommodate from 620 liters up to 1750 l. The BMW X5 series equipment includes the new generation iDrive system, which provides intuitive and comfortable control over the entire range of serial and optional functions of the audio system, as well as telecommunication and navigation systems. Optionally, it is possible to install an 8.8-inch display of the iDrive system, 4-zone climate control, a DVD Entertainment system, a panoramic glass roof, and ventilated front seats and heated steering wheel.

Among the principal innovations in equipping the new E70 are the Active Steering used earlier on the coupe and BMW sedans, which gives more possibilities for greater maneuverability and controllability. In addition, for the first time in this class, the uniting into one whole all the active suspension elements (active dampers changing the rigidity and electronically controlled anti-roll bars) AdaptiveDrive system appeared. Receiving information from numerous sensors, the computer assesses the situation and ensures a stable position of the body above the road, changing the necessary characteristics. Thus, rolls in the implementation of turns are practically excluded.

As always, the Bavarian manufacturer remained at a height and level of security. So the standard equipment of the crossover includes tire puncture indicators, safe Runflat tires and adaptive brake lights.