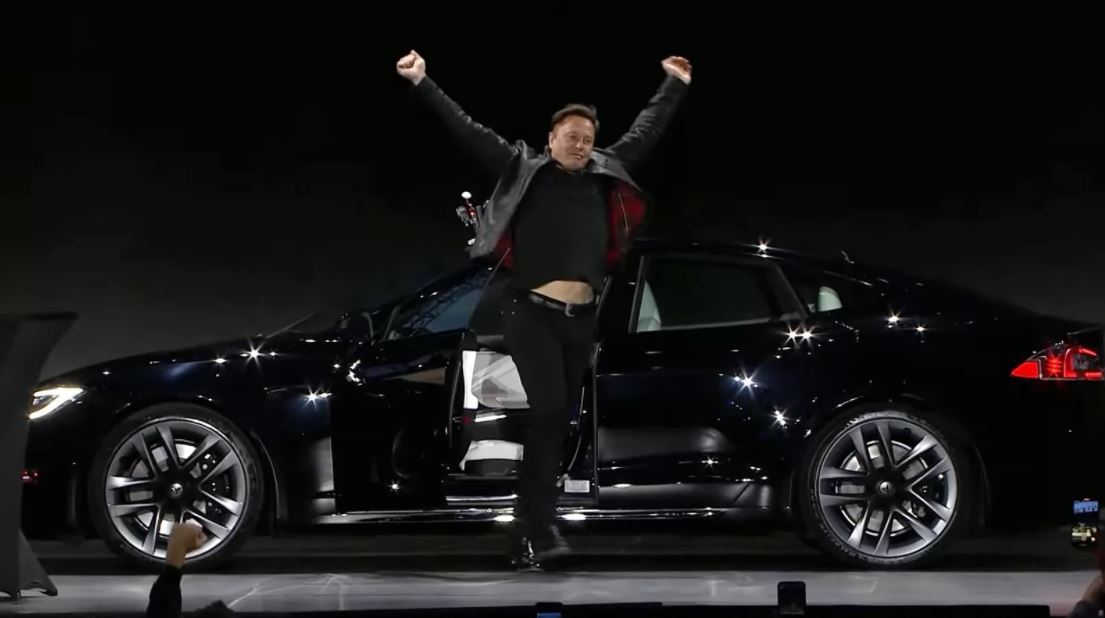 On June 10, at the Tesla plant in Fremont, California took place the premiere of the top version of the Plaid of the updated Model S electric liftback. The event was personally held by Elon Musk who  told several interesting details about the new product.

In January, Tesla unveiled a radically redesigned Model S flagship liftback and announced two three-engined versions, the Plaid and Plaid +. A week ago it became known that the Plaid + version will not be available, since it is “redundant”, and yesterday’s event was timed to coincide with the start of shipments of the first Model S Plaid to customers, while the day before the premiere, the price of the Plaid version increased by $ 10,000 to 129,990 dollars.

At the beginning of the event, Tesla chief designer Franz von Holzhausen took the stage and called the Model S Plaid “the best car on the planet”, and the head of Tesla, Elon Musk, who entered the stage behind the wheel of the novelty, said that it was “faster than any Porsche, and safer than any Volvo. ” Security meant passive – they say, the rigid body perfectly holds side impacts, but both Euro NCAP and IIHS have questions about the active one, but of course not a word was said about this at the presentation.

As for the dynamic qualities, they are really impressive. Three electric motors (one on the front axle, two on the rear) with a combined output of 1,020 hp. accelerate the liftback from standstill to 100 km / h in 2.1 s. The presentation picture shows the time of 1.99 s, but this is up to 60 mph, that is, 96.56 km / h, and the acceleration time to “hundreds” and the value of the maximum speed – 322 km / h – we took from a German consumer site Tesla. In the segment of supercars, there are already models that go from two seconds when accelerating to “hundreds” – for example, the Rimac Nevera, but this is all piece manual production, while the Model S Plaid is a mass conveyor model. For her sake, by the way, Tesla has mastered the production of new electric motors with lightweight carbon-fiber rotors instead of metal ones. Elon Musk promised to supply the new Tesla Roadster with rocket technology 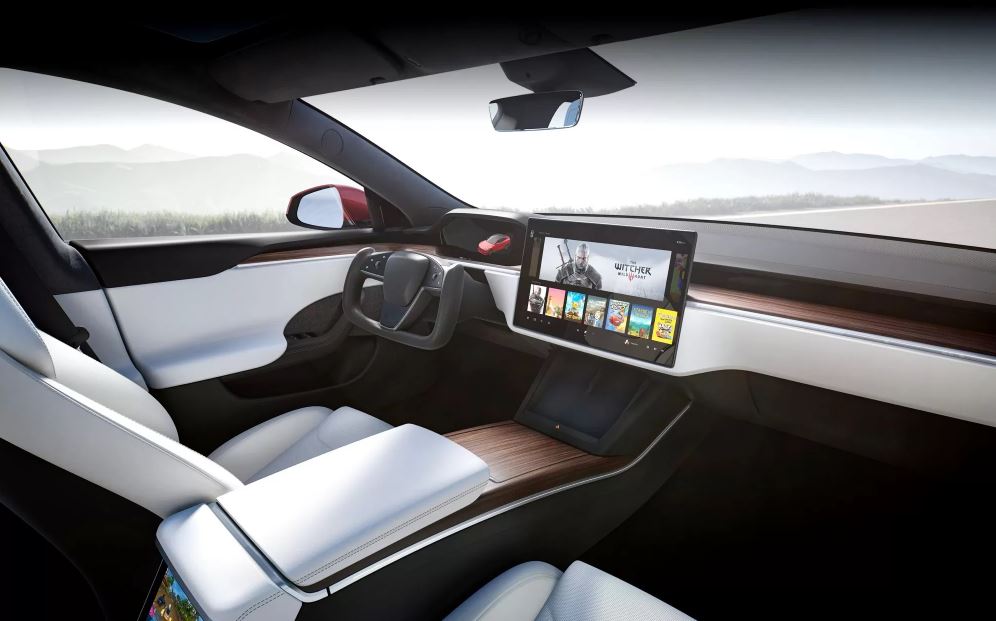 Straight speed is great, but what about cornering speed? Will the Tesla Model S Plaid drive the Nürburgring Nordschleife faster than the current record holder Mercedes-AMG GT 63 S? Elon Musk said he might send Plaid to the Nurburgring to set the record. Recall that it was here that two years ago Tesla tested Plaid in the development process, and even, according to rumors, set an unofficial lap record, but it was pointless to announce it at the prototype stage – we are waiting for the production car to race.

Musk said that the Plaid version received an improved battery thermoregulation system, with an enlarged front radiator, which will allow it to make quick starts one by one without overheating. The charging speed from the proprietary Supercharger terminals has been increased: you can replenish the power reserve by 300 km in just 15 minutes. Now the maximum charging power of “superchargers” is 250 kW, but in the future they will be “heated” up to 350 kW, so that charging will take place even faster. The range of the Plaid version per charge is 628 km. Much credit for this is good aerodynamics: the coefficient cx = 0.208, and it was measured on a machine with rotating wheels, that is, in close to real conditions.

Recall that the January restyling brought the Model S a completely new interior without ventilation deflectors (in fact, they are, just hidden). Moving away from the traditional steering wheel in favor of a wheel is, according to Musk, not only another step towards “full autopilot”, but also the ability to move the front seats forward to provide more space for passengers in the second row. Thanks to the new acoustic glazing, the noise insulation of the liftback has been improved. Tesla launches “full autopilot” for a select few 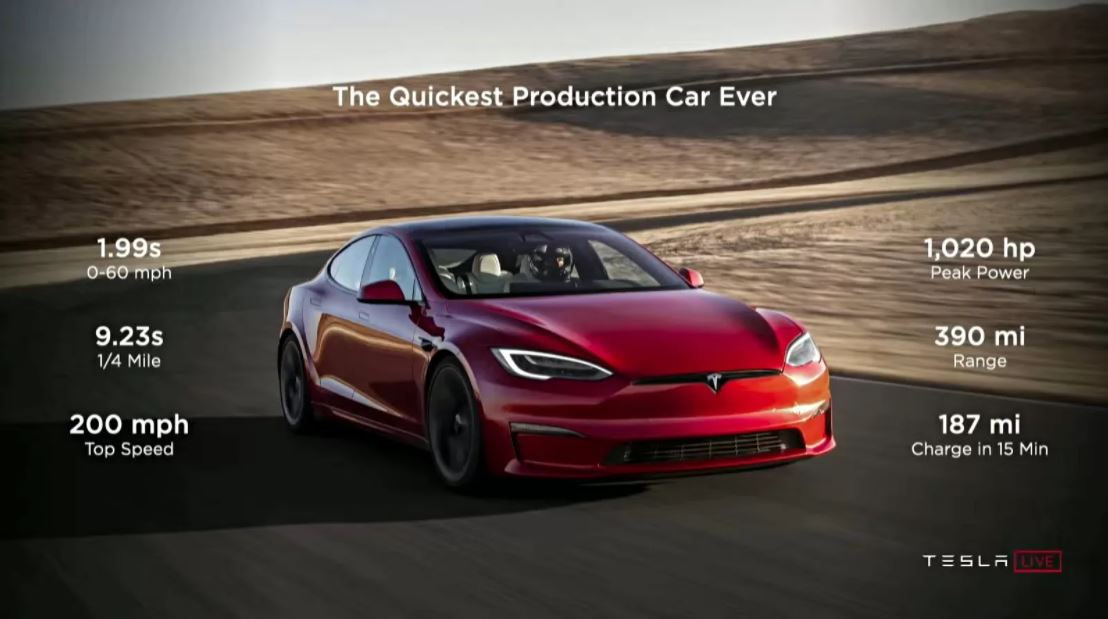 The new multimedia system with an AMD processor has the performance of the Sony PlayStation 5 and allows you to run the most modern computer games on Tesla’s screens. There is a new 920-watt audio system with 22 speakers.

Tesla Model S Plaid shipments to customers have indeed already begun, so we can expect independent tests of its capabilities in the near future.