Fast & Furious is one of the most popular movie franchises in movie history. Eight movies have been released since 2001, plus the Hobbs & Shaw spin-off (2019). With its fast cars, crazy stunts and exotic places, it was expected that the next step would be to go to the world of video games. And it will do so soon with Fast & Furious Crossroads.

Video games linked to movies have the unfortunate reputation of being low-budget products from unknown studios that rushed to meet on the release date of an upcoming movie. In the case of Fast & Furious Crossroads, it may not share the title of Fast 9, but it was certainly developed to support the next film, since both are scheduled to reach the general public in May 2020.

When it comes to what is behind the case, there is a surprising number of large pedigree companies behind the game. Published by Bandai Namco Entertainment and created by Slightly Mad Studios (the developers behind the acclaimed Project CARS series), Fast & Furious Crossroads has no excuse for looking as badly done as it does. That is, it can be a great creation for 2007, but not for the latest generation of consoles. 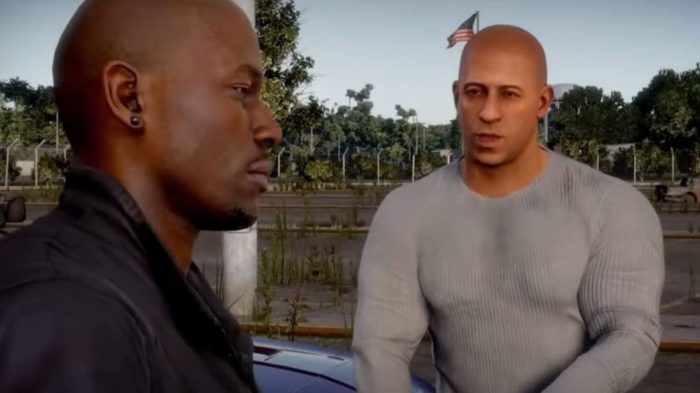 The list of vehicles shown in the official trailer includes a Ford Mustang and a first-generation Chevrolet Camaro, a Plymouth Roadrunner GTX, the iconic 1970s Dodge Charger and, surprisingly, a new Renault Mégane RS pair. There is even what appears to be a cross between a tank and a hovercraft. Most are highly modified, and many have already appeared in previous films of the saga.

At first glance, it looks like a first-person shooter game (shooters) where participants will have to go up from mission to mission. But developers focus on cinematic action scenes to close the gap between consoles and Hollywood. However, Bandai Namco wants to keep the whole plot secret for the moment, although it promises an “authentic story” and a multiplayer mode.

Fast & Furious Crossroads is announced as “a team-based vehicle robbery action game” in development for PC, PS4 and Xbox One. The game will star Tyrese Gibson, Sonequa Martin-Green and Asia Kate Dillon with Vin Diesel and Michelle Rodriguez. Time will tell if it succeeds. Meanwhile, advances will be published in the coming weeks as a sample of multiplayer mode, price and exact release date.

To keep everyone happy until then, the new animated series called “Fast & Furious: Spy Racers” was released on Netflix on December 26. While he doesn’t have Vin Diesel as Dominic Toretto, he does present Tony Toretto, his cousin. Although the street races no longer attract the public of the big screen so much, both in the animated mini-series and the video game, there are races and criminal organizations.