We have seen prototypes of the most varied throughout the years. The manufacturers take advantage of these samples to test their future technologies, possible design keys and all kinds of crazy things that occur to them. In a time of uncertainty as it was the turn of the century, the Fiat Ecobasic was presented. To understand this issue we have to take into account that at the time the large MPVs triumphed and that they had just released the Fiat Multipla.

The objective was to create a vehicle that consumed little and that was cheap, a totally low cost philosophy that materialized in this unique prototype. The Fiat Ecobasic was technically an urban minivan that measured just 3.48 meters and its design was quite special. As he tried to obtain the maximum possible space with his dimensions, he stood out for his height, the windows not aligned and for his lunette type bubble. Not to mention that two-tone body, used long before it became fashionable.

The response to the color seems to respond to the fact that the bumpers and gray areas (more exposed) were made of recycled plastics and painted with a special process. In case of scratch it was enough to polish it so that it was as good as new. For the rest of the body a thermosetting plastic was used, for the polycarbonate glass and the chassis itself, which was made of steel to improve its resistance, although it seems impossible, stood out by aerodynamics with a coefficient of 0.28 cx. 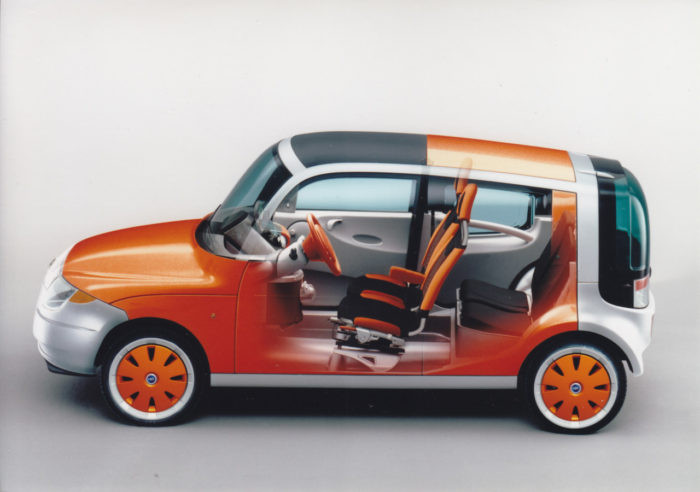 The interior of the Fiat Ecobasic was just as peculiar as the exterior. There were hardly any coatings, so the plastics on the body were exposed. But what mattered was the modularity, so it was presented with fully collapsible and removable seats to adapt to the needs of the user. In the center console there was a structure to hang some slides away. The mechanics of the Fiat Ecobasic was a bit more conventional than the rest of the set. It was a 1.2 JTD Multijet diesel engine that developed 61 HP and was adjusted to minimize consumption. It was linked to a five-speed automatic sequential transmission. Its benefits were very fair, but allowed it to homologate an approved consumption below 3 liters, also influenced its light construction thanks to which weighed only 750 kg. 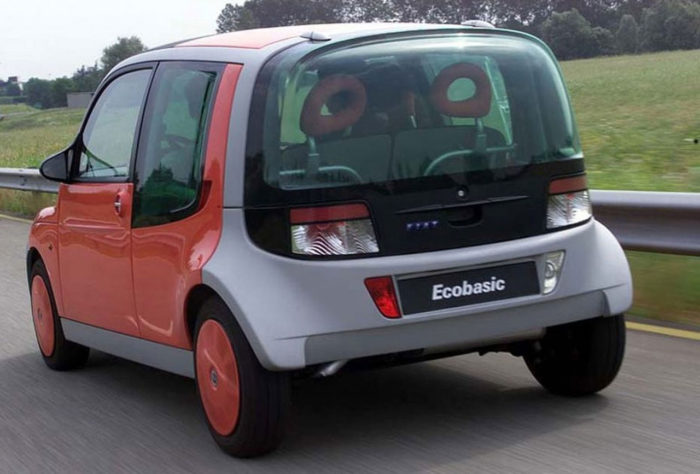 Some curious data of the prototype is that the transmission had two modes of driving and that already mounted a kind of Start & Stop. Also that in the front grill included a kind of transparent trapdoor that gave direct access to the coolant and oil tanks, in addition to the positive and negative terminals of the battery. After making 10 units of this Fiat Ecobasic, the Italian brand decided not to take it to production.