The update of the Nissan X-Trail took place in 2018, so it is to be expected that the new generation will not arrive for a couple of years. However, the Japanese brand is already working on the replacement of its large SUV. In fact, we have been able to see what the next Nissan X-Trail will look like thanks to the leak of some sketches that reveal its design. These are documents registered in the Brazilian Ministry of the Economy and that correspond to what was observed in the spy photos.

The new X-Trail looks like it will adopt the same design language that the Nissan Juke introduced. Now the V-Motion grill holds a greater role thanks to its increased dimensions. Even more prominent are the new split optics, a trend that more and more models are introducing. At the bottom, the bumper is topped by a chrome bumper, something that is also repeated in the lower area of ​​the doors and behind.

The rear is somewhat more similar to what we see in the current Nissan X-Trail. We see that the rear lights are redesigned with a narrower shape, a moon that seems smaller and a gate that seeks greater horizontality. The tires will be one of the few things that remain secret, as they are not shown in these sketches. Although its dimensions are not stated, we assume that they will remain in the same line to maintain the option to have seven seats. 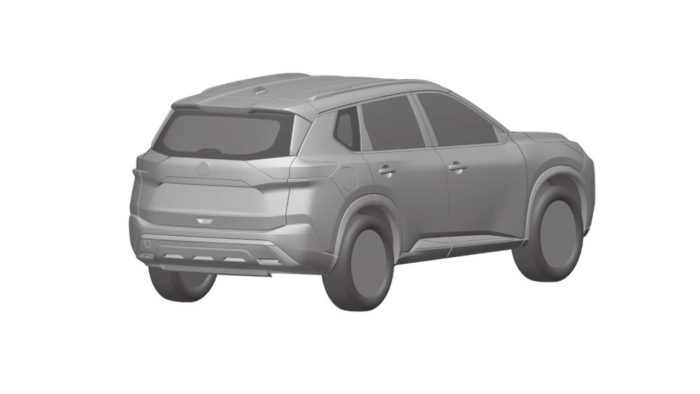 Inside the next Nissan X-Trail we will assume that some technological innovations will arrive. It will feature a floating-style touchscreen like the Juke’s and will also be able to mount new all-digital instrumentation. As for the mechanical range, it is still early to anticipate data, but it is likely that some of the current engines will remain and that electrified versions will arrive. Its production could move from Sunderland (UK) to Kyushu (Japan) due to Brexit.