Someone is waiting for this question, and someone is afraid, but, as they say, what to be, that cannot be avoided. The phrases “let’s buy me a car” or “help me choose what to buy” arise at different ages and life situations, but the conditions of the task are usually similar. Let’s see what answers the primary market offers, having examined the different options and not going too deep into stereotypes.

It’s important not to delve into stereotypes: it’s far from always necessary just a “small red car with a gun.” The only fair condition for our choice would be an automatic transmission: it really has long been one of the priorities when choosing a car not only for women but also for men.

But the dimensions, body type, etc. will not be limited

In general, we determine the budget, which we denote by the amount of up to 20 – 25 000$, and begin to sort through the options.

It would be strange to ignore market trends when choosing a car for a woman, so Kia Rio, being one of the most popular models now. Minor troubles that happen to novice drivers can be slightly leveled out by the availability of spare parts for disassembly: a broken mirror, a dented wing, and a damaged door will be cheaper. The flip side of popularity is perhaps the only subjective flaw: those women who can not stand matches even in clothes will be disappointed that their car is difficult to recognize in the parking lot.

Simple atmospheric engines without any surprises are another key to the heart of the consumer audience, which the producers have found and carefully guard. The base engine is a 1.4-liter per 100 hp, and a six-speed automatic transmission can be paired with it, without paying extra for a 123-horsepower 1.6-liter engine. The most expensive equipment from the “cross-hatch” is estimated at around 18 000 dollars. 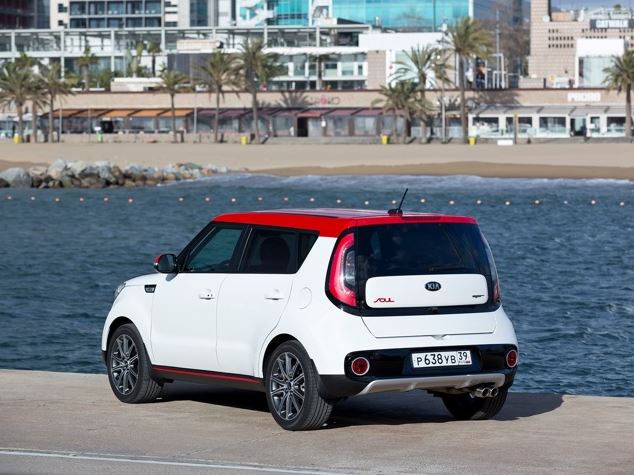 Girls who want to get a bit of design and identity, but not sacrifice practicality at the same time, may well find what they want. Usually, French cars are bought in such cases, but the new Kia Soul turned out to be a little less extravagant, but at the same time remained potentially more liquid. Here, in pluses, we write down the spacious interior of the “bus” layout and a quite satisfactory trunk with a wide opening – folding the rear seats, you can fit a fairly large stroller here.

The technical advantages here are also typical: they are all the same atmospheric 1.6 and 2 liter engines with 123 and 150 hp. accordingly, a six-speed automatic as an alternative to mechanics. Only the GT Line version is endowed with a 1.6-liter direct-injection turbo engine, which is paired with a seven-speed robotic gearbox with two clutches. At the same time, the GT Line is not the most expensive version: with a price tag of 25,500 – 26, 000$, it is slightly inferior to the Premium + configuration for 26, 500 $. 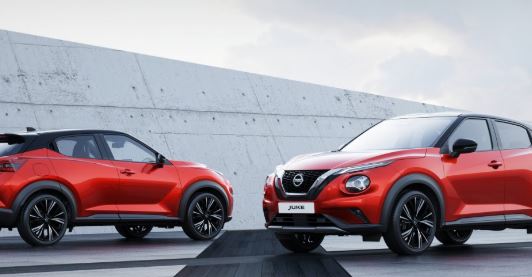 All the popular theories that you can either love or hate this car have been known for a long time, and Juke has already experienced the peak of its popularity – he even left the market, but returned, having lost all-wheel drive and a manual transmission along the way. But the combination of perky appearance, high landing and compact dimensions has not gone away.

The crossover did not have a choice of engine and transmission after returning – in any case, it is a 1.6-liter aspirated engine with 117 forces, a CVT and front-wheel drive. Prices for Juke start at 19, 000 $, and end at 22, 500 $ – the spread is expectedly small, given the fact that only the optional content differs. 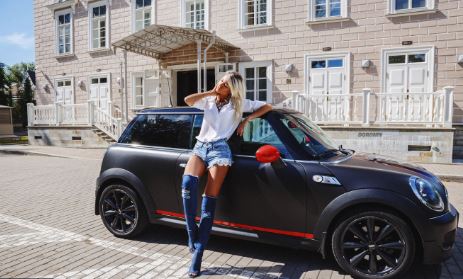 Well, we will complete the selection with a car that knows how to please both men and women, but at the same time they decide to buy it more often all the same second. Mini is not a choice of the mind, but the call of the heart, and the mind at this time understands that not buying, nor maintenance, nor potential repair will be cheap. The common phrase “image fee” is quite appropriate here: you will certainly have to sacrifice money not only when buying, but also when selling – after all, everyone on the secondary loves to bargain. However, choosing a new fashion car, it will be a shame to save on a 7-speed robot with two clutches, climate control, navigation and a beautiful color.

The brain also suggests that the Mini Cooper with a three-cylinder engine from BMW for 136 forces is not the ultimate dream, and the S version with four cylinders and 192 forces costs 28, 500 $. In addition, the practical five-door version of the S design is deprived – in any case, 3 cylinders at a price of 23, 500. At the same time, the basic gearbox is always mechanical, and for the seven-speed Steptronic they ask for a separate hundred thousand.