Ford Fiesta 2017 is the record holder for innovations in contrast to Toyota RAV4 2017.

The super popular model of the B-segment as part of its debut appeared immediately in four versions – Titanium, ST-line, Active and Vignale. In addition to a variety of versions, the novelty bribed with a fresh exterior design, an interesting interior design with extensive personalization options, advanced electronic equipment, an impressive set of economical low-volume engines.

As usual, start with the design 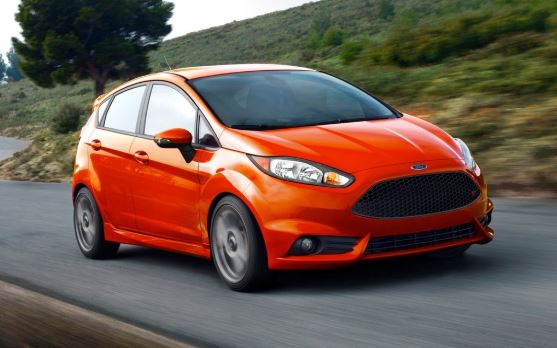 The appearance of the Ford Fiesta after the update continues to delight with a bold youth design with pronounced notes of sportiness. A new head optics appeared in front, the configuration of the grille and bumper changed, the hood got a different relief. In the rear part of the body, attention is drawn to the marker lamps that are different from the previous ones with spectacular LED filling and just a huge bumper, supplemented by reflector sections on the sides. The compact trapezoidal boot lid is decorated on top with a pretty spoiler. Hatchback profile is full of excitement and dynamics. The silhouette of the car has an almost perfect streamlining – the line of the hood smoothly goes into the roof dome, gently falling as it approaches the stern. The hatchback sides are decorated with original ribs, and the window sill line from the front struts rises sharply up. Rather large wheel arches are prepared for placing wheels up to 18 inches in size. The drive pattern is selected so that even in static the effect of movement is created. Salon Ford Fiesta 2017-2018 meets a lot of innovations that affect almost all aspects of the interior. The most large-scale changes occurred in the configuration of the front panel, which got rid of half of the buttons and switches. The multimedia display now rises above the center console, and is not built into it as before. Depending on the configuration, the screen has a diagonal of 6.5 or 8 inches. Available for the model, the advanced multimedia system Sync 3 significantly surpasses previous versions in performance. It supports Apple CarPlay and Android Auto interfaces for easy integration of smartphones, understands voice commands, and has built-in navigation. The third-generation Ford Sync complex also has AppLink software adapted for working with such useful applications as Glympse (sending the current vehicle coordinates to any recipient from the phone’s contact list), AccuWeather (receiving weather data), MyBoxMan (delivery service) and others. The Ford Fiesta LPG arrives with ECO label (and sports finish) 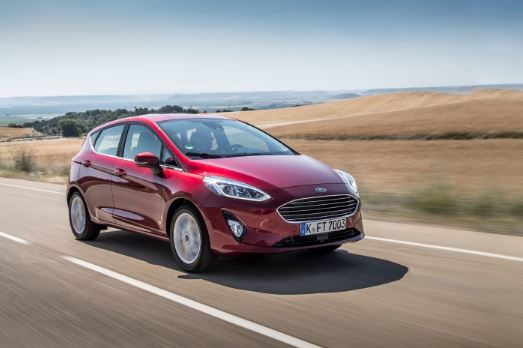 Among other innovations, we note a redesigned instrument cluster with a 4.2-inch TFT screen of the on-board computer, a new steering wheel, a different climate control unit, new wipers (the cleaning area increased by 13%). The quality of the finishing materials, according to the manufacturer, has significantly improved. Work was carried out to increase the wear resistance and resistance to fading of the seat upholstery. The amount of noise entering the passenger compartment decreased by 7%, doors began to open / close 20% easier. By the number of electronic assistants, the new Fiesta is almost a record holder. In total there are about 15 systems that make life easier for the driver. Among them are adaptive cruise control, tracking of “dead” zones, automatic parking (can park a car parallel and perpendicular), lane keeping, frontal collision warning, automatic braking with pedestrian recognition, speed limiter, cross-traffic control when backing up. The cameras, radars and ultrasonic sensors installed on the car allow you to cover all 360 degrees of the space around the car and scan the road 130 meters ahead. 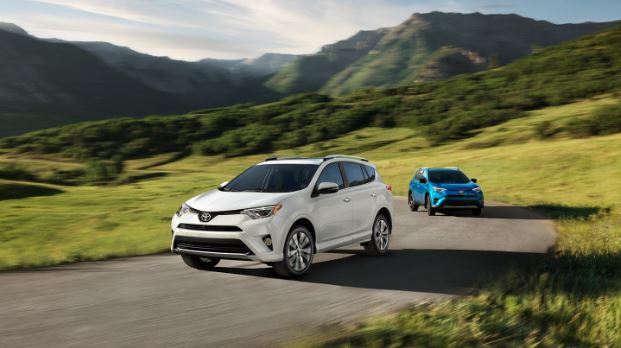 Toyota RAV4 has become a “landmark model” not only for the Japanese manufacturer Toyota Motor Corporation, but also for the global automotive industry as a whole – this “car for outdoor activities” (this is the meaning in the abbreviation “RAV4”) laid the foundation for the class of “compact crossovers “… From its inception to this day, this car firmly holds the title of” one of the best-selling SUVs in the world “

The design of the restyled version in comparison with the original has changed slightly, retaining a recognizable image and proportions. The radiator grille was modified, the bumper was slightly modernized, new xenon headlights with LED side lights appeared, but all these changes are almost not noticeable if you do not meticulously begin to compare the photos of both models. They practically had no effect on the appearance of the car, only slightly refreshing it.

The only noticeable difference is the trunk door, which now opens upward: RAV4 belatedly adopted this decision from SUVs of other brands, for which it has long been the rule, and not an exception. The structure of the hull has slightly changed – it was supplemented by composite metals, which allowed to reduce the total weight of the car, increase its speed and maneuverability, as well as lower fuel consumption. Toyota RAV4 And Justified Expectations

Tires for this model are provided in two sizes – 225 / 65R17 and 235 / 55R18. Other changes that affected the car were expressed in small things: a narrow radiator grille, distinctive thresholds, updated rims and three new color options for the body appeared on the hood copying design. Dimensions of the car after restyling: 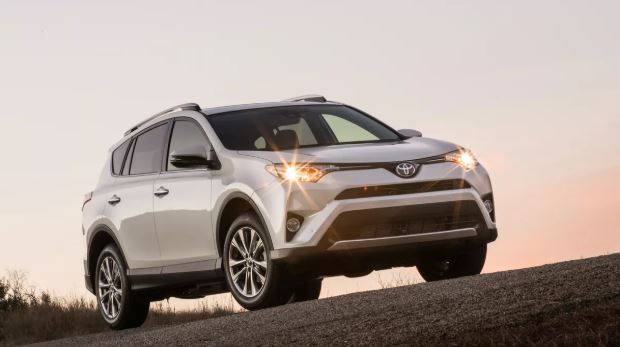 Toyota Salon was not affected by radical changes. The manufacturer focused on quality, armed with the best materials for interior decoration and a new instrument cluster equipped with a 4.2-inch multi-function display on-board computer. The same computer is able to give the driver comprehensive information on the state of the car.

The screen displays fuel consumption (current and average), navigation, tire pressure, battery charging and much more, which allows you to fully control the behavior of the car on the road. Sound insulation improved by an order of magnitude – the number of soundproof coatings in the restyled model increased by 50%. The capacity has increased – with the seats folded in the second row, the luggage compartment is two cubic meters.

In the next article, we will talk about the configurations of both cars and their technical advantages in more detail. Follow our blog.