The Ford Mustang Shelby GT500 2019 is the most radical version of the praised ‘muscle car’ and has just been presented at the Detroit Motor Show. It is located one step above the previous Shelby GT350 that we saw last year and wants to surprise by performance. In fact, it promises to be the most powerful Mustang in history although the manufacturer has not specified the exact number of horses. The changes of the latest generation of Ford Mustang and much more are applied.

We start with the most outstanding aspect, its mechanics. It is a 5.2-liter V8, a supercharged aluminum alloy block that mounts a 2.65-liter compressor and has improved its cooling system. It is linked to a box automatic transmission Tremec, dual clutch and seven speeds. It is the same as the Ford GT and makes the transitions in less than 100 milliseconds. As we said the brand does not give the power or performance data, but ensures that it will exceed 700 HP. 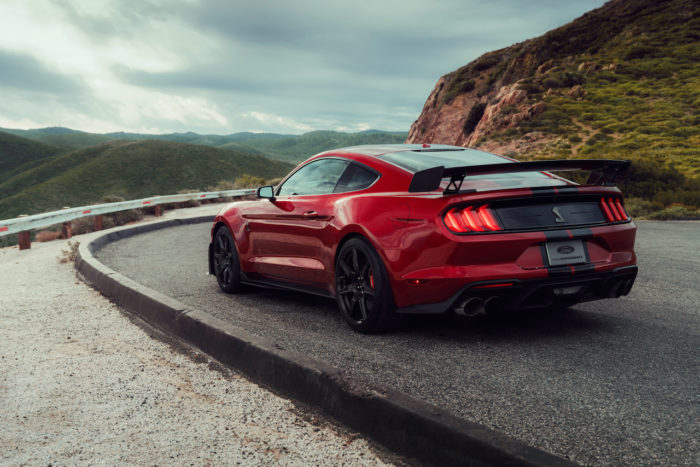 Another of the improvements included in this Ford Mustang Shelby GT500 is the active chassis, which has the help of MagneRide suspension to achieve a more stable behavior. The 20-inch wheels are made of carbon fiber (in the “Carbon Fiber Track Package”) and are fitted with Michelin Pilot Sport Cup 2 tires. The brakes have been signed by Brembo and have 420 mm discs (the largest in a car of its segment) and six-piston calipers. On the inside there are other details such as the Recaro sports seats with side reinforcements or a carbon fiber instrumentation panel, material present in a number of moldings. Among its equipment there are interesting elements such as 12-inch digital instrumentation, the 8-inch multimedia touch screen system or the B & O Play sound system with 12 speakers. 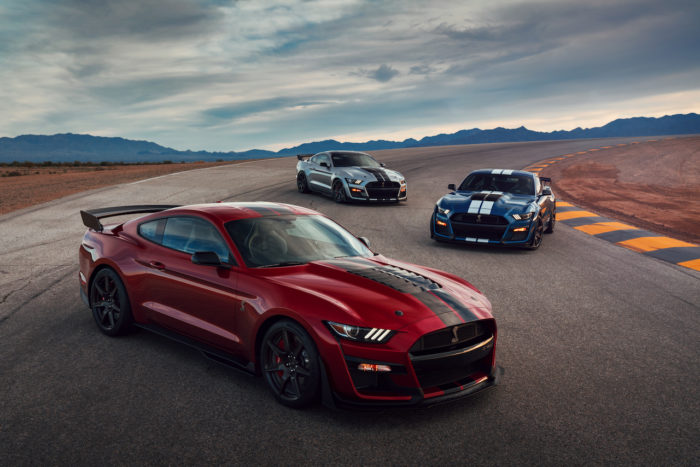 The downside of all this is that it is to be assumed that the Ford Mustang Shelby GT500 will stay in their homeland. It is not expected to be marketed in Europe, as was the Shelby GT350. We can only wait to check its final power and performance, as the acceleration from 0 to 100 km / h will be around 3 seconds.