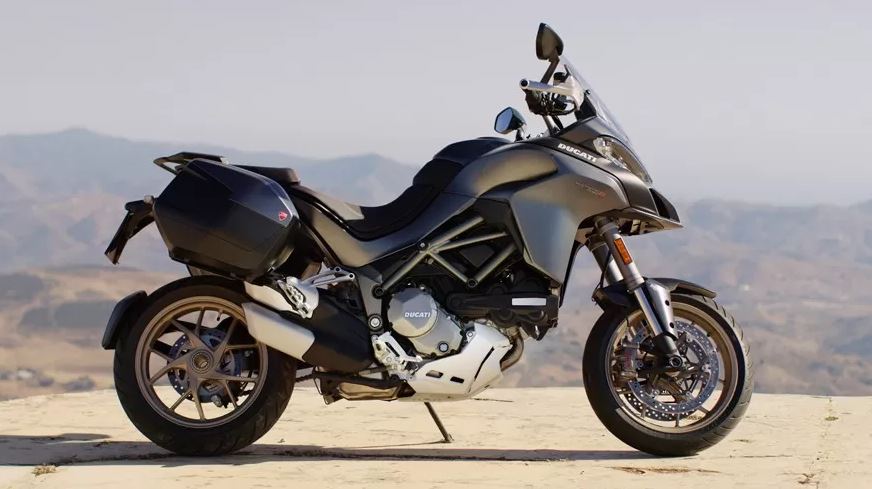 Rumors about the plans of the German concern to sell the Italian motorcycle brand have been circulating for several years.

The history of the Ducati company began in 1926, initially it was engaged in the production of radio equipment. After the Second World War, engines, velomobiles and motorbikes began to be produced in Ducati. The first motorcycle of the brand appeared in 1952, it was named Cruiser (it was equipped with an electric starter engine). Since 2012, the company has been owned by the Volkswagen concern, but this may soon change.

As Reuters reports, citing its own sources familiar with the situation, the management of the VW concern has already begun preliminary negotiations on the sale of the Italian motorcycle brand. Who exactly makes up the circle of potential bidders is still unknown.

It is expected that the concern will discuss in more detail the further development strategy in November. Presumably, the Germans can go directly to the process of selling the Ducati brand at the beginning of next year. By this time, investors will be able to assess both price expectations and the potential for a corresponding purchase. Volkswagen has not yet commented on the information.

Rumors about the plans of the German concern to sell the Italian motorcycle brand have been circulating since the spring of 2017. At that time, Ducati’s annual profit (before all taxes, depreciation and interest on contracts) was estimated at approximately 100 million euros. It was assumed that the company will be valued at 1.5 billion euros.

Bajaj Auto (an Indian vehicle manufacturer), as well as Polaris (an American motorcycle manufacturer) and investors Bain, PAI and Investindustrial expressed interest in buying Ducati from VW three years ago. However, the deal never materialized.

Concern Volkswagen, apparently, plans to carry out a fairly large-scale restructuring, during which it will be able to get rid of, among other things, niche luxury brands. So, at the beginning of this month it became known that the company was preparing the Lamborghini brand for sale. Future losses: Volkswagen Golf, Polo and Passat will leave some markets

And in mid-September, it was reported that Bugatti would also change the owner, it is expected that the brand will go to Rimac (a Croatian manufacturer of all-electric hypercars, as well as battery assemblies and systems). Probably, Porsche will be involved in this deal, which has its own stake in Rimac (it is 15.5%). Porsche will benefit from the sale of Bugatti to the Croatian company – the stake in Rimac is expected to rise to 49%.

Recall that one of the main goals of VW is to become the world leader in the production of electric vehicles. For this, the concern has developed a “green” family of ID, the firstborn of which was the hatchback ID.3, and recently the crossover ID.4 has been added to the line. The Germans invest a lot of money in the production of mass electric cars, which is why they have to get rid of non-priority projects.