We knew it would arrive during the Frankfurt Motor Show and it was no less expected. The Hyundai i30 N Project C is a special edition of the sports compact that has surprised most in recent times. Since its launch, the Hyundai i30 N has won good reviews from the public and we also left a good taste in the 275 CV Performance variant when we tested it. Although now comes this expected radical variant that takes the behavior a step further.

Before we talk about its performance, we have to explain that the name of this issue is due to the fact that it has been developed in the “Area C” circuit of the brand’s R&D center in Namyang (South Korea). The C also refers to a material, the CFRP or carbon fiber reinforced polymer, which appears in many parts of its body. Finally, they emphasize that its center (highlighting the C) of gravity is 8.8 mm lower than in the i30 N series. 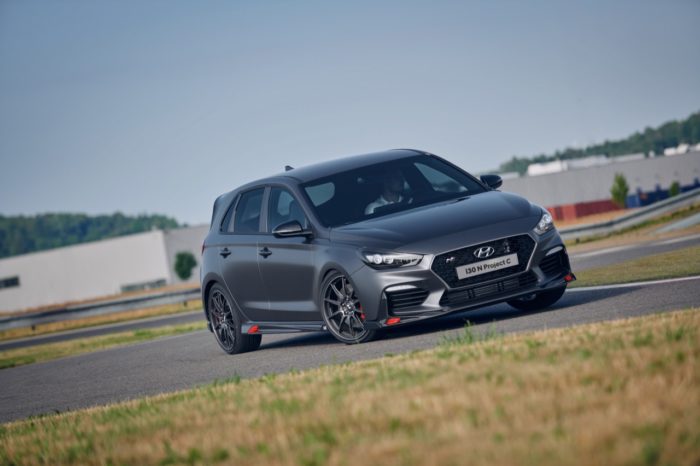 Once the presentations have been made, we can now enter fully to comment on the data of the Hyundai i30 N Project C. Probably the most important aspect is that it has lost 50 kg (exactly 50,004 kg) with respect to the model from which it starts, something that helps to improve its behavior. It remains at 1,395 kg in a vacuum thanks to some elements such as the 19-inch forged wheels of the OZ brand (22 kg less), the CFRP bonnet (subtract 7.2 kg) or Sabelt sports seats (less 7.5 kg each). But in addition to subtracting weight, the components in CFRP also have an aesthetic function. The truth is that the contrast is good with the matt gray color that this Hyundai i30 N Project C brings. Some such as the front splitter, the side skirts or the rear diffuser in CFRP barely serve to remove a few grams of weight, but with they get a differentiated and more radical aspect. It is striking that despite having a larger frontal area it maintains the aerodynamic coefficient of 0.32 cx. 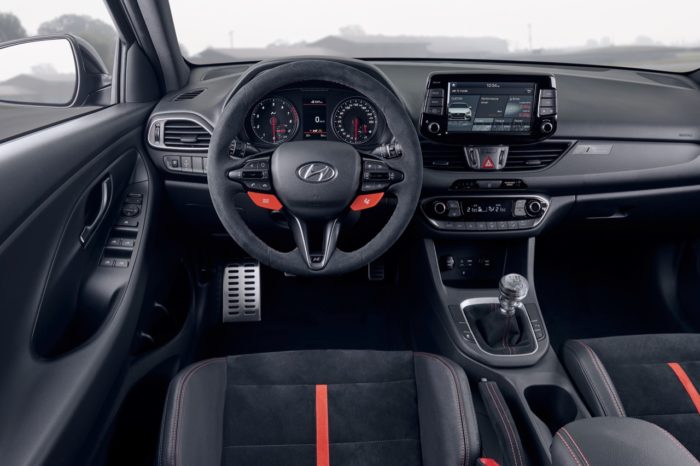 Inside the compact sports seats stand precisely with mixed upholstery and details in Deep Orange contrasting. They are also present in the buttons that change their behavior, giving a differential touch to that covered steering wheel of Alcantara. On the other hand, the gear lever is brushed aluminum and has an outstanding aesthetic. You could not miss an identification plate of the special edition with the corresponding numbering. It is true that the 2.0 Turbo petrol engine stays at 275 HP and 353 Nm of torque (378 Nm with Over boost function), but it also receives other changes that improve its behavior. First, the body height of the Hyundai i30 N Project C is lowered by 6 mm and that means that the center of gravity is 8.8 mm below. The suspension has a stiffer setting due to shorter springs and the driving modes have been recalibrated. Probably the only bad news of this Hyundai i30 N Project C is that it will be in a very limited circulation. Only 600 units will be made worldwide and deliveries to customers will begin at the end of the year. The price has not yet transcended, but it looks like it will be quite high.