If you want Elton John’s Ferrari 365 GTB / 4 Daytona, this is your opportunity

This Ferrari 365 GTB / 4 Daytona is one of 158 right-hand drive models produced by the Ferrari factory for the UK market, and is believed to be the first Ferrari bought by Sir Elton John, a very special copy that could now be yours, since it will be auctioned shortly in the United Kingdom. Painted in Rosso Chiaro, the documentation that accompanies this classic Italian dictates that Sir Elton John bought the car in 1973. The extravagant British singer was then 26 years old, and just released his album “Goodbye Yellow Brick Road” to the world. For unknown reasons, the car was only in their hands until 1975, since then, the car passed to several collectors, all members of the Ferrari owners club.

Launched in response to the Lamborghini Miura in 1968, the Ferrari 365 GTB / 4 earned its unofficial nickname Daytona after finishing first, second and third in the 24-hour race of the same name in 1967. Under its hood lies a powerful V12 4.4 liter 352 HP, associated with a five-speed manual gearbox mounted on the rear to achieve optimal weight distribution. With a maximum speed of 280 km / h, the Ferrari Daytona was not only faster than the Miura, but it was also, for a brief period, the fastest road car in the world 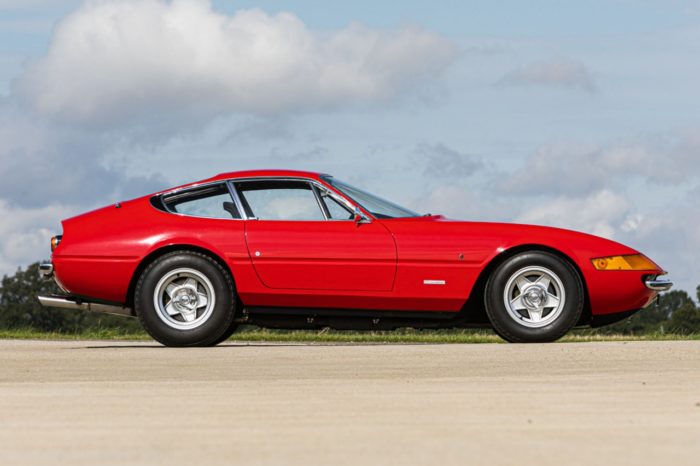 Despite having 132,000 kilometers, it looks spectacular. In addition to the corresponding maintenance services and recent inspections, the interior was reupholstered in black leather of the same specifications as the original (VM8500 Connolly Vaumol). Magnesium star tires are wrapped in Michelin XWX tires put in 2017. All documentation is included, as well as receipts for revisions. Silverstone Auctions will be responsible for making this Ferrari 365 GTB / 4 Daytona find a new owner on September 21. “Sir Elton John has a long affinity with Ferrari, as he has had several V12 models that include a 365 BB, a Testarossa and a 512 TR,” says Arwel Richards, a specialist in classic cars at the auction house, although, curiously, it is not the first time that they deal with this particular model. 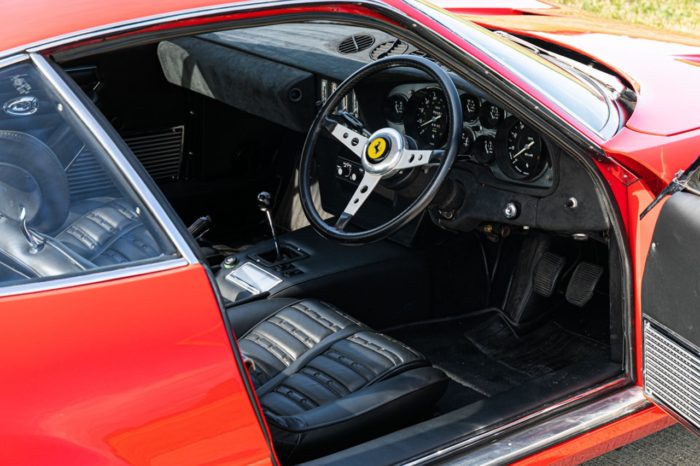 A couple of years ago he found accommodation in the James Harris collection, along with other models of the Maranello house such as the Ferrari 246 Dino or the Ferrari Testarossa. Unfortunately, Harris has passed away this year and his family has arranged this 365 GTB / 4 Daytona in the hands of Silverstone Auctions. It is estimated that it can reach a price of between 425,000 and 475,000 pounds, about 469,000 and 500,000 euros at the exchange rate.