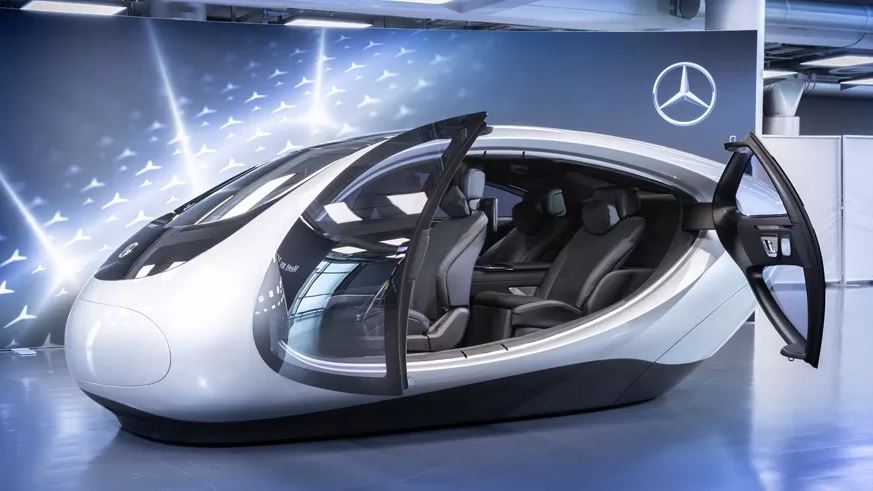 The German company introduced the new items and talked about its multimedia system. The premiere of the next generation S-Class will be held in September this year.

Mercedes-Benz has launched the current sixth generation S-Class since 2013. Back in 2015, work began on the next generation of the flagship, now it is almost completed, but you will have to wait for the official debut: the W223 series sedan will be shown in early autumn 2020. The other day, the German manufacturer partially declassified the interior of the model using a teaser with a large-screen image of the infotainment system, and now Mercedes-Benz has shown the entire interior.

Moreover, the interior was shown using a special egg-shaped capsule: a copy of the next-generation Mercedes-Benz S-Class interior was recreated inside it. Although, we note, earlier photo spies have already declassified not only the interior decoration, but also the appearance of the future flagship of the brand.

As previously reported, the car has fewer physical buttons (their number has been reduced by 27 “keys”), and it has also been equipped with the second-generation MBUX (Mercedes-Benz User Experience) multimedia system. The main screen of the system is located in the center of the front panel and looks like a square tablet. For an additional fee, you can choose the version on OLED organic LEDs.

The MBUX infotainment complex performs even more functions than before. It can store and load as needed the personal settings of seven users. They can, among other things, be transferred between the seats of one car and whether they can be downloaded from the “cloud” to another car of the brand with a system of the same generation. It is curious that the position of the side mirrors in this case will independently adjust to a different body size.

MBUX Interior Assist is also responsible for safety: the assistant makes sure that the child seat in the front row is installed correctly, in addition, he can recognize the passenger’s intention to leave the car (this is monitored by the camera in the passenger compartment) and turns on the flashing red light in case another car is approaching at this moment. Also, his duties include, of course, monitoring the driver’s fatigue (the system is able to warn about the “symptoms” of the microsleep) and analyzing the movements of the head, trunk and arms in order to turn on the backlight over the front seat in time or remove the rear sunshade. Updated “two-door” Mercedes-Benz E-Class: coupe and convertible debut in a week

For passengers who are located behind, there are also screens (three touchscreens). At the same time, people inside the car can transmit content to each other from their screens. In addition, those sitting in the second row have the opportunity to independently draw up a route and transfer it to the navigation system of the sedan.

The virtual dashboard of the new S-Class has three-dimensional graphics (in order to see three-dimensional images, special 3D glasses are not needed). AR-HUD projection screens with augmented reality are also optionally available (used for navigation system). The display creates a “picture”, which is supposedly located about ten meters in front of the vehicle, while in size it resembles a TV with a diagonal of 77 inches. On this screen, including animated prompts for the driver are displayed.

According to the company, the new version of the voice assistant “Hey Mercedes” can recognize natural speech in 27 languages ​​(in addition, by connecting to the network, it can “dilute” its vocabulary with fresh slang expressions). In addition, now he understands indirect commands, for example, increases the temperature in the cabin in response to the phrase “I’m cold.” He was equipped with a machine learning function, so that he is able to adapt over time to communicate with a specific driver. 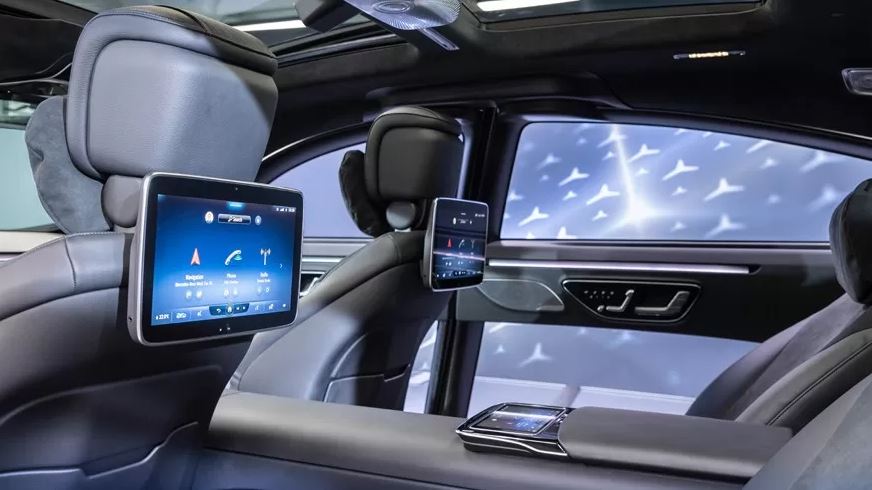 The company previously published a photo showing the appearance of the sedan, but the one in the picture was not entirely. It is known that the “seventh” S-Class received a larger radiator grill, a different head optics (in the style of the current E-Class, but with a different “filling”). The flags of the next generation flagship “float” onto the trunk lid.

It is expected that the engine lineup of the new S-Class will be made up of six- and eight-cylinder engines: it is possible that they will be part of the installations of the so-called “soft-hybrid” versions with a 48-volt electric add-on. A full-fledged rechargeable hybrid with a power reserve of 100 km when moving only on electric traction can also appear in the family. Also, the 6.0-liter V12 engine will probably remain in the range – they can be equipped with Maybach and Guard modifications, which should appear in mid-2021.