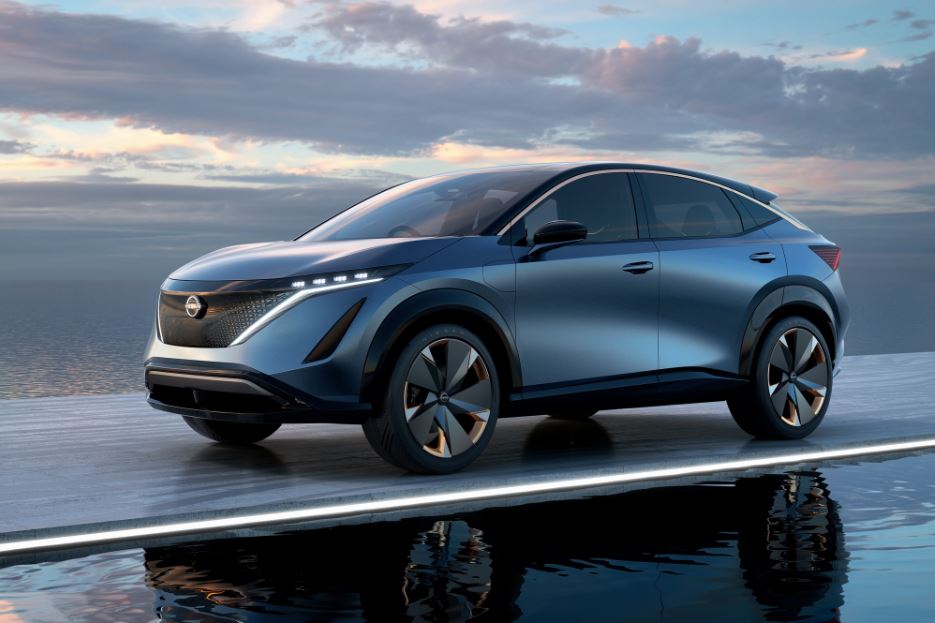 The Japanese company explained why the car, which will become the electro-version of the popular Qashqai SUV, will not have a vertical tablet multimedia system.

At the Tokyo Motor Show in 2017, Nissan introduced the conceptual electric SUV – IMx. In October 2019, the evolution of this show car was shown on the same platform: the new prototype was named Ariya. In 2021, the “green” crossover will be sent to mass production. Recall that the concept presented last fall in the cabin has a horizontal “wave-like” display of the infotainment system.

A modern trend in the organization of the car’s interior space has been the placement of a large vertically oriented screen that resembles a tablet in the middle of the front panel. But Nissan in the process of creating a display for the Ariya concept went a different way. The manufacturer decided to balance design, manufacturability and practicality instead of falling into the trend. Nissan develops an ultralight acoustic “metamaterial”

Therefore, the Ariya electric car was equipped with a curved display with two screens: in shape it resembles a wave. This influenced the “horizontal orientation” of the entire interior – from elements in the doors to the rear of the cabin. This arrangement reflects the brand’s new stylistic language, expressed in the formula “Timeless Japanese Futurism”. By the way, the same principle is used to design the exterior of the Ariya concept: it is embodied in a unique stub, which is located on the site of a traditional radiator grill.

The company emphasized that it was decided to dwell on a horizontally oriented design not only for aesthetic reasons. As explained the chief manager of the team of engineers working on the human-machine interface (HMI), Tomomichi Uekuri, while driving, a person’s eyes move and his eyes naturally move from side to side. “People see and perceive more information if the subject is horizontally oriented. Peripheral vision works similarly, ”he added. 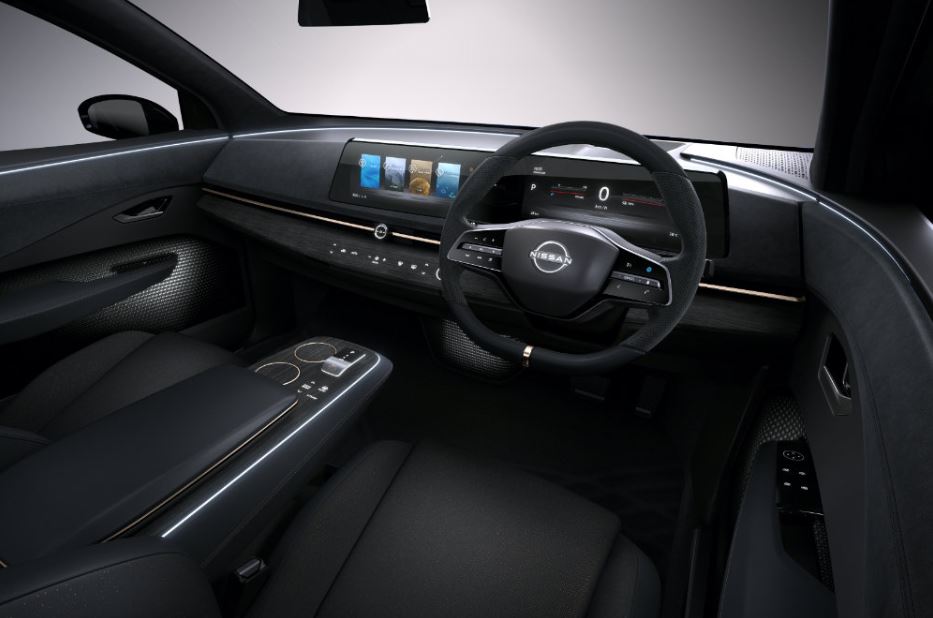 Nissan explained that the horizontal layout of the display allows you to transfer data in a way that is better perceived by the human eye. It is also important that the information is displayed in a safe area, which is located on the direct line of sight of the driver, closer to the road. So such a screen is in harmony with the horizontally oriented interior design and becomes an organic part of the front panel. First look at the next Nissan X-Trail thanks to a leak

Drivers driving a Nissan Ariya will be able to see driving information where the dashboard is located on traditional cars. While information about the operation of the entertainment system, climate control and the status of various electro-crossover systems are displayed on the central display. Both screens are inscribed in a smoothly curved panel, which visually combines the areas of the driver and front passenger.

If necessary, information can be “shifted” by moving it from one screen to another. For example, directions and a map may be needed both in front of the steering wheel and on the central display. “The wave display is an innovative design that uses an ergonomic layout. This display position not only provides good readability of information, but also allows the driver to easily reach the touch central screen, ”explained Tomomichi Uekuri. If necessary, the driver can change the amount of data displayed in each of the zones, removing unnecessary information.

The Nissan Ariya display, like other elements of the electric car, has a high degree of functionality: designers and engineers sought in everything from the radio to the GPS navigator to show the world what the company intends to achieve in the near future. The company explained that the creation of such a display was inspired by the film “Space Odyssey” in 2001. Designers built several options into a large black “box”, the so-called “Monolith”, and then one of the most suitable was chosen.

The result was the curved screen of the Ariya conceptual electric crossover – a streamlined and one-piece display that looks like a natural integral part of the car’s interior, and does not seem like a foreign detail in the cabin.