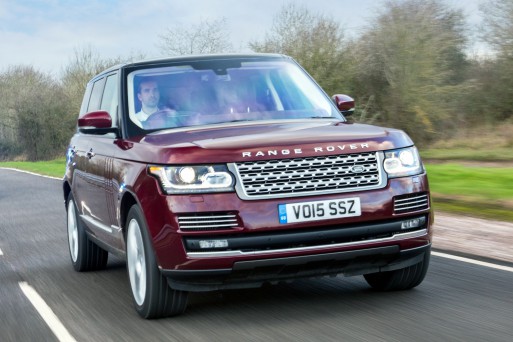 Jaguar Land Rover have announced their program for the creation of artificial intelligence to control the car. In other words, the British joined the struggle to create a “drone”, but the company has their own idea of what a car it must be – a car of the future.

To test the Jaguar Land Rover unmanned technology will use the so-called “living lab”, which means a length of 41 miles route. In total, the research project will employ about 100 “smart” cars, which will be taught to “talk” to each other.

Robots on the roads or cars without drivers

It is necessary to mention that not all 100 cars are Jaguars and Land Rovers – there will be just five of them. The project is created in partnership with other companies who are also interested in developing “unmanned vehicles”. A significant part of the investment fund belongs to government subsidies. The government believes that the UK should not lag behind the European countries in which such projects have become a reality.

Read here about the best world cars of the 2016

“Living Laboratory” will be equipped with information boards and radar devices, which will inform the driver and his car on the situation on the road along the route of movement: the earlier person knows about the danger, the more time he will have for the decision to avoid or minimize the consequences.

The interaction between the roadside radio beacons and the vehicle will be based on the latest standards of mobile Internet – LTE and LTE-V. For example, car emergency is in a hurry to someone for help, a signal from it comes to posts that relay the signal to all passing vehicles. That is you can know about the approaching police or rescue crew will long before it will appear in the mirror and you will hear the sound of sirens. Thus, the driver has more time to sort out the traffic situation and give way.

Well, a very interesting point: Jaguar Land Rover says that artificial intelligence should be as close to a human, that the driver will be able to rely on his assistant autopilot absolutely. To this end, the company invests in research to study driver reactions in certain traffic situations, that in the future “drone” behaves most naturally from the point of view of the person. Only in this case, perhaps the customer will be confidence in new technologies.

While JLR has been developing the “future”, fans of the brand Land Rover mourn the Defender came which went off the assembly line. Legend has stayed in the ranks as many as 68 years. It is possible that the legendary Def will be revived soon.

Have fun and get to know your auto horoscope