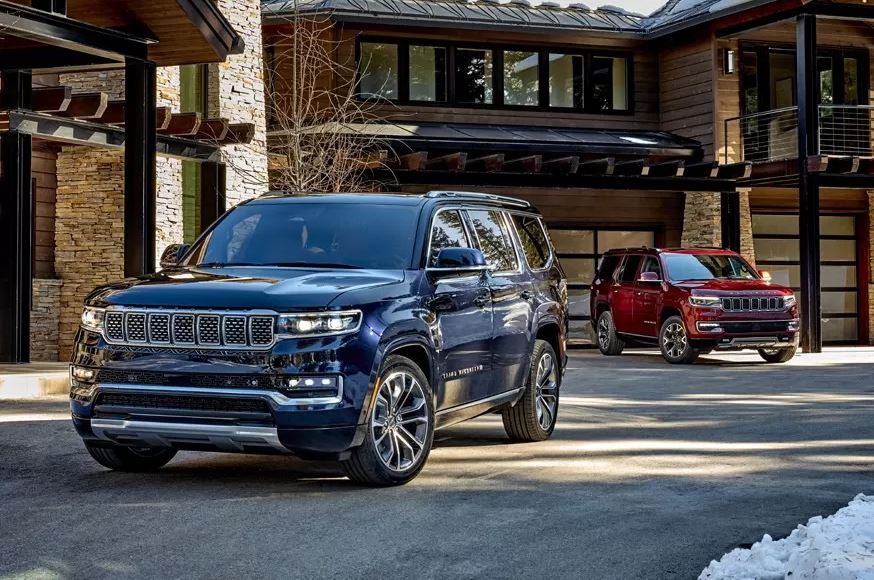 Dealers in the US market are already taking orders for new items, and live sales will begin closer to the summer of 2021.

Jeep launched the classic Wagoneer in 1962, making it one of the world’s first civilian SUVs with a five-door body. Subsequently, the car was modernized several times, and its name was also changed: for example, from 1983 to 1991, the model was sold under the name Grand Wagoneer. In addition, the name “Wagoneer” from 1983-1990 was also used for the top-end performance of the Jeep Cherokee, and in 1992-1993 the most expensive Grand Cherokee was called the Grand Wagoneer.

Earlier it became known that Jeep is reviving the Wagoneer and Grand Wagoneer. In fact, the cars were supposed to be shown a couple of years ago, but the premiere had to be postponed. Last year, the brand led a very active teaser campaign, and now it has officially presented new items that will take place of the brand’s flagships. Awaiting debut: Jeep unveils Grand Wagoneer SUV in new photos

Both frame SUVs turned out to be larger than the Grand Cherokee L model, in terms of dimensions they are closer to the Chevrolet Tahoe and Cadillac Escalade. The body dimensions of Wagoneer and Grand Wagoneer are the same: length is 5435 mm, width – 2123 mm, height – 1920 mm; the distance between the axes is 3124 mm.

Each model has a branded radiator grille, consisting of seven vertical sections. The version with the addition of Grand to the name suggests a more expensive modification and better equipment, but also has several visual differences. We are talking about an expanded chrome decor, modified bumpers, a different “stuffing” of the head optics, a different shape of the hood and larger rims. In addition, the inscription in the form of the “main” model name in front is not on the extreme part of the bonnet, but on the radiator grille. Jeep Gladiator MXT Concept, the next light tactical vehicle of the US Army

The Jeep Wagoneer can accommodate seven or eight riders, while the Grand Wagoneer is an exclusively seven-seater. Both SUVs were equipped with digital “gadgets”, the diagonal of the simpler version is 10.3 inches, the richer version has 12.3 inches. Also standard is the UConnect 5 multimedia system with touchscreens of 10.1 and 12 inches, respectively. Cars also differ in materials for finishing: SUVs with a Grand prefix have wood veneer, different leather and aluminum elements. The list of standard equipment also includes the “captain” seats of the second row. With the third row of seats raised, the trunk volume of SUVs is 776 liters.

Available for a surcharge on the Wagoneer, and Active Driving Assist as standard on the Grand Wagoneer. It is an adaptive cruise control with lane keep function. By the end of this year, the assistant will allow drivers to release the steering wheel while driving on the highway. 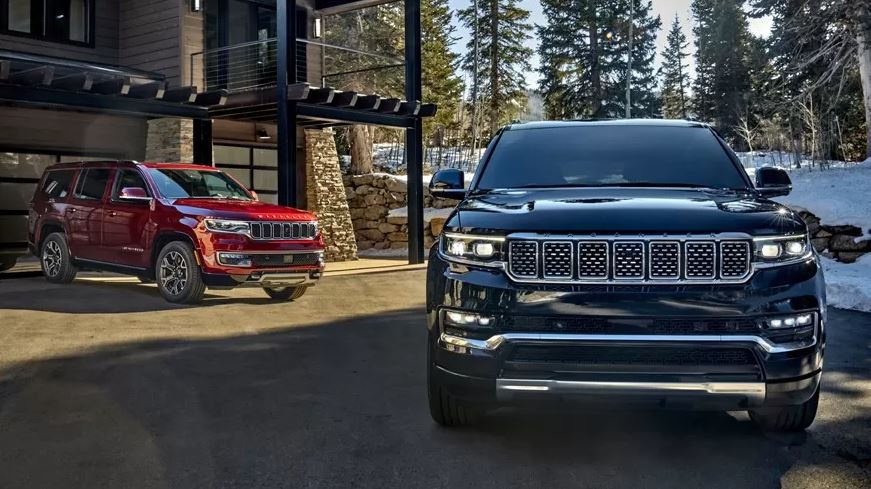 The cars received a double wishbone suspension at the front and an independent “five-link” at the rear. Jeep has equipped the Wagoneer with a 397-horsepower 5.7-liter V8 petrol engine with a maximum torque of 548 Nm. It works in tandem with a starter-generator and is complete with an eight-speed “automatic”. The basic version has rear-wheel drive, but various all-wheel drive systems are available for the SUV: Quadra-Trac I assumes a clutch in the front-wheel drive, Quadra-Trac II was supplemented with a “lowering”, Quadra-Drive II received an electronically controlled rear differential lock.

In turn, under the hood of the Grand Wagoneer is a 477-horsepower V8 with a volume of 6.4 liters (617 Nm), which is also aggregated with an 8-automatic transmission. This frame SUV has a Qudra-Trac II all-wheel drive system with a downshift and air suspension. “Just” Wagoneer is capable of pulling a trailer weighing 4535 kg, and the variant with an increase in Grand – 4472 kg.

Dealers in the US market are already taking orders for new items, and live sales will begin closer to the summer of 2021. The Jeep Wagoneer has a starting price tag of $ 57,995, and the starting price of the Grand Wagoneer is $ 86,995.