Cars, cars and more cars. Sometimes you have to change the chip, despite the corporate name. Now sit back and try to enjoy these images of Lexus by boldly going to where only one car company has gone before, to space. Although while Elon Musk is obfuscated with the idea of ​​going to Mars, Lexus has pulled by a closer planetary entity, the Moon.

If we ever ended up living there, what would the vehicles we drive be like? According to the Japanese firm, they would be elegant, bright and would not be out of place in a movie or in a science fiction video game. Since NASA is working to send humanity to the Moon and the original Lunar Rover of the Apollo 15, 16 and 17 missions (stationed on the Moon since 1977) probably won’t start, new vehicles for the mission are missing.

The art and fashion magazine Document Journal asked Lexus to present its vision of what future lunar vehicles would look like through seven prototypes, each offering a unique way of traveling. The European Advanced Design Studio of Lexus and Toyota, its parent company, in turn commissioned five artists and designers to submit their proposals that contained the design language of the brand, if possible in the LF-30 Electrified Concept electrical prototype. 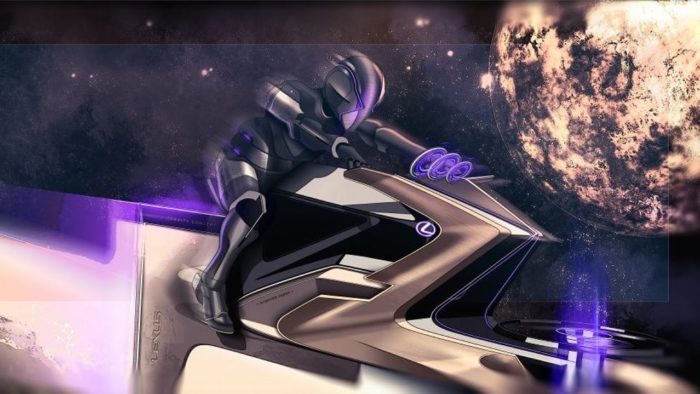 Among the different proposals, we find a motorcycle type vehicle called Zero Gravity by Karl Dujardin. It has no wheels: it was designed with magnetic levitation in mind. It is assumed that this machine that might well appear in the world of Tron (1982) is designed to take the form of “spindle” of Lexus and help anxious explorers to glide over the furrowed surface of the Moon. 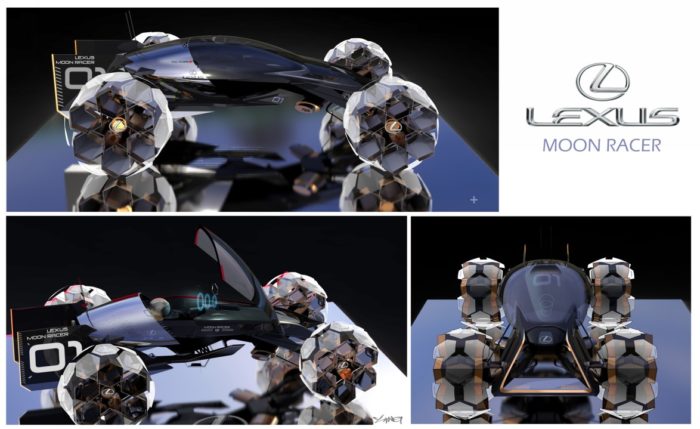 Designed to run effortlessly across the surface of the moon, the Lexus Moon Racer looks like a cross between a Lamborghini Egoista and Tesla’s new and peculiar truck, the Cybertruck. The brand says that it can use the vehicle to jump, climb and run to any part of the moon, as long as it is great to do it without anyone accompanying.

No less impressive is the Bouncing Moon Roller by Julien Marie. If the bikes are not your thing, maybe the balls are. Lexus qualifies this creature as a ball protected by a flexible bubble based on graphene nanotubes, and explains that it is to cross the surface of the Moon without being disturbed by its bulges and bumps. 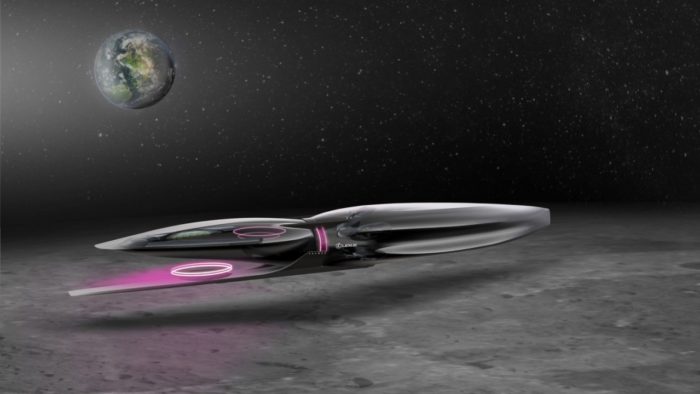 Finally, we have the Lexus Cosmos by Jean Baptiste-Henry. This is the future of space luxury, according to Lexus. It is designed to observe space landscapes while keeping you suspended in zero gravity. With the cabin at the rear, it is assumed that the Cosmo can do transport efforts effortlessly from the lunar surface to outer space and vice versa. Oh, and it’s made entirely of glass.

Unfortunately, do not expect any of these designs to end up as a product in real life. They have simply been designed to express how humans could move in the distant future. If we get to colonize the Moon or some other planet and these vehicles exist, the truth is that a server would surely keep the Lexus Cosmos.