Lexus has already taken the most important step towards an electrified future because it has just launched its first model with this type of propulsion system. He does it after presenting the Lexus LF-30 Electrified Concept prototype a few weeks ago, the vision they have of their electric by 2030. But there is still a decade left for that, so for now we will have to keep the Lexus UX 300e, the Electric version of this small SUV.

The truth is that it was the most logical movement, taking advantage of a copy seated on the GA-C platform, which stands out for its modularity. In fact, it has not been too difficult to incorporate a new electrical mechanic in the front axle instead of the 250h hybrid propulsion system (which we tested recently). This is the top of the range thanks to its 204 hp and 300 Nm of torque, which leave behind the 184 hp that the hybrid achieved.

The other element that becomes important in the Lexus UX 300e is the lithium-ion battery with 54.3 kWh capacity. Thanks to it, the SUV is able to reach a range of 400 kilometers, a value that has been calculated according to the previous NEDC cycle, so it will be reduced in reality. This battery accepts loads of up to 6.6 kW in alternating current and can reach up to 50 kW in fast charges with direct current. 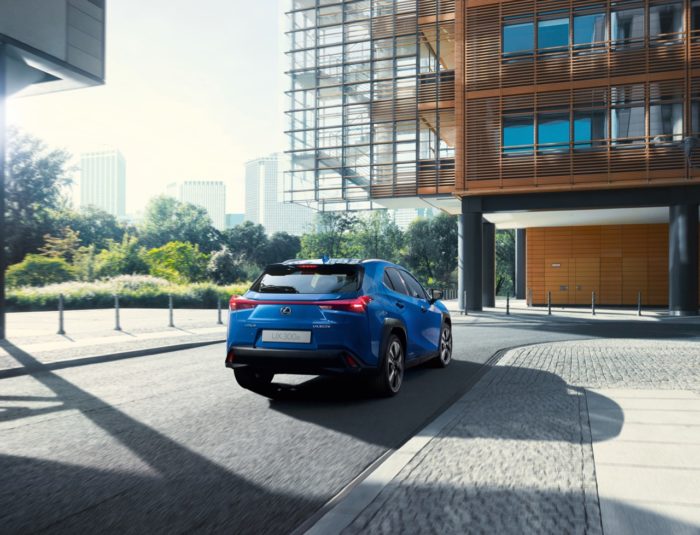 Where you want to highlight this Lexus UX 300e is in the comfort in progress and already promise that it will be one of the quietest in its segment. Add more isolation than usual and also the active sound control system (ASC), which transmits natural ambient sounds. You will also achieve dynamic behavior at height thanks to its low center of gravity and the different driving modes that modify the retention of the vehicle and its energy regeneration.

The connectivity in the Lexus UX 300e will not be missing, because thanks to an application for smartphones you can check the battery status and the remaining autonomy at any time. There will even be alerts for the user when the load is completed or the possibility of controlling the climate control or heated seats from the mobile. The first Lexus electric will hit the market by the end of next year 2020.