The Lexus GX 2014 is a five-or seven-seater all-wheel-drive SUV, which is a Lexus-modified version of the Toyota Land Cruiser Prado platform with all the ensuing consequences – an even more luxurious finish and a long list of additional equipment.

Introduced in the summer of 2013, the model is a restyled version of the second-generation Lexus GX. It is noteworthy that to find out the updated version of the car can be absolutely unmistakable. The main hint will be a new diagonal false radiator grille, made in the spirit of the latest brand style of the brand. In addition, the car received a modified bumper and modernized optics. Lexus RX 2017 – Luxury And Prejudice 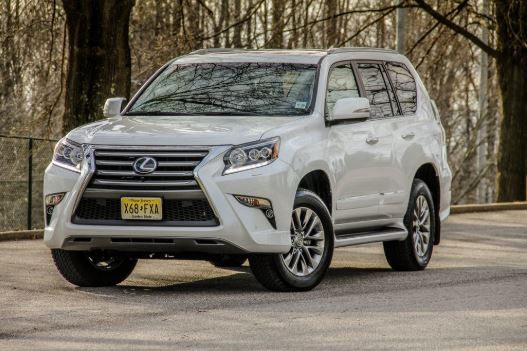 By default, the model will offer leather trim chairs and wood decor, and the updated version of the car – their fresh options and combinations. In addition, the salon has a more modern multimedia system with a large eight-inch display and Internet access.

The list of active assistants has been supplemented with an improved monitoring system of “blind” zones, which will warn about the danger of a collision not only on the road, but also when leaving the parking space. Also, a new trailer stabilization system.

Technique remained the same. As a powerplant, the Lexus GX still uses a 4.6-liter V8 rated at 300 horsepower, paired with a six-speed automatic. The torque distribution between the axles is handled by the central Torsen friction differential, which by default divides it in a ratio of 40:60 in favor of the rear wheels. In total, the rear axle can get up to 70% of the torque.

Who would have thought that someday Lexus would try on the “Darth Vader mask”, nevertheless it was with her that the updated GX would pave the way for the “empire” in the stream of the usual “rebels”.

For the updated GX 460 is available “Premium Package” which includes: a three-zone climate control system, leather seats with heating and ventilation, a navigation system and an intuitive parking assistant (Intuitive Parking Assist). The top configuration will be equipped with adaptive air suspension, the control system of “blind zones” and the original 18-inch alloy wheels. 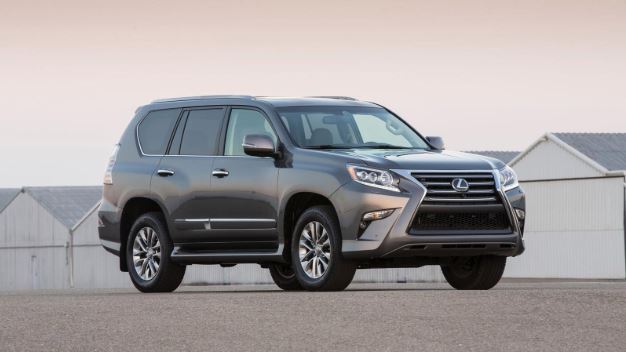 Lexus Gx 460 – a truly chic real SUV, such a combination of chic and off-road qualities can be found exclusively in it and on cars that are much more expensive. If you are looking for a similar car, be sure to go to the Lexus salon.