According to the plan of the German company, the novelty will enter the European market in the first half of 2022.

The German company has long been cooperating with the Franco-Japanese alliance: their joint “brainchild” is the Mercedes-Benz Citan model – a cargo-passenger “heel”, which in 2012 replaced the seven-seat MPV called Vaneo. Citan is a facelifted Renault Kangoo. This car of the German brand will soon change a generation. In addition, the company announced another project – the T-Class.

The car that will open a new letter in the names of Mercedes-Benz models is a compact MPV, also created in cooperation with the Renault-Nissan-Mitsubishi alliance. It will enter the European market in the first half of 2022. Probably, the new car will become a passenger version of the second generation Citan “heel” (by the way, the current Citan has passenger versions). The novelties will be based on one platform created for small vans.

Mercedes-Benz has been involved in the development of the T-Class (as well as the new generation Citan) from the very beginning, which means that these cars will have more differences from the Renault Kangoo (current cars have slightly different front end design and interior design). According to Daimler chief designer Gordon Wagener, the exterior of the T-Class will have a recognizable Mercedes-Benz corporate identity and a level of comfort corresponding to the brand. Interior of the new Mercedes-Benz S-Class: with rear passenger screens and a projection display 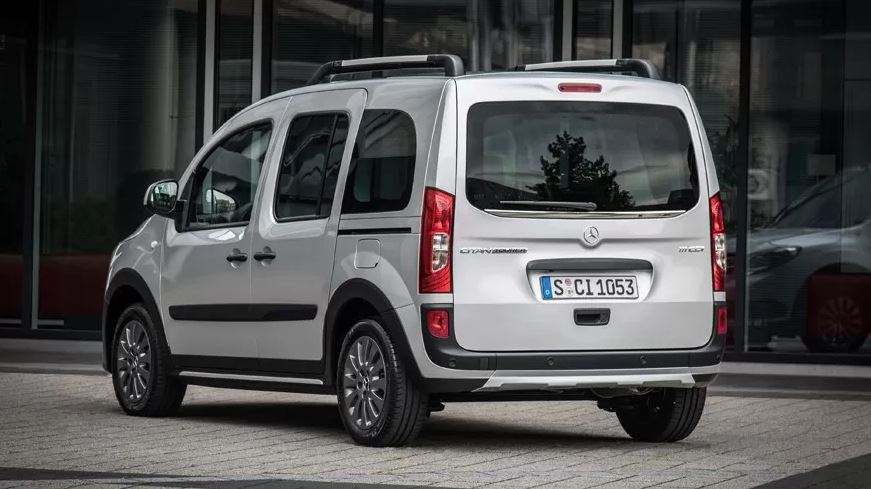 It is known that the compact MPV Mercedes-Benz T-Class will be able to boast of ample space for passengers (the company noted that the model is suitable for ridesharing). Also, the car will have sliding doors on the left and right sides and a rich interior (the list of equipment has not yet been declassified). This model is aimed more at private clients, while Citan will be left to the commercial sector.

The “filling” of the Mercedes-Benz T-Class will be the same as that of the new generation Citan (and, accordingly, of the third generation Kangoo). There are no technical specifications yet. It is expected that versions with traditional internal combustion engines will remain in the range and there will definitely be options only for electric traction – both in the “second” Citan and in the new T-Class. Updated “two-door” Mercedes-Benz E-Class: coupe and convertible debut in a week

Mercedes-Benz Vans is responsible for the release of new items. The “big brother” of the T-Class will be the V-Class. Recall that the company presented the updated version at the beginning of last year, and in the spring of 2020, its commercial “brother” Mercedes-Benz Vito also survived the restyling. During the upgrade, the cars received a 2.0-liter OM 654 turbo diesel with a return of 136 to 239 hp. (torque – from 330 to 530 Nm) depending on the version. The motor is equipped with a 9-speed hydromechanical “automatic”. In addition, the model has a “green” version with a 204-horsepower electric motor and a battery with a capacity of 100 kW * h. The eVito’s cruising range is 421 km (the calculation was based on the outdated NEDC cycle).