The Mercedes G Class started its commercialization with two versions of gasoline, the G500 and the spectacular G 63 AMG. It is an off-road vehicle worshiped in Arab countries, where the bulk of the production is destined, but its 4 × 4 capabilities also make it very demanded in other areas. For them, this new Mercedes G Class 350 d, the access diesel variant and the one that spends the least in the history of the model, is directed.

This new mechanic will be available as of January 2019, although deliveries at the dealership will begin in March. The great protagonist is the OM 656 engine, a diesel 3.0 of six cylinders in line that delivers 286 HP and 600 Nm of maximum torque between 1,200 and 3,200 rpm.

The six-cylinder block is linked to the automatic gearbox 9G-Tronic, torque converter and nine relations, which incorporates a transfer case. It sends the torque to the four wheels through its total traction is permanent and has the gearbox and three lockable differentials typical of the model. 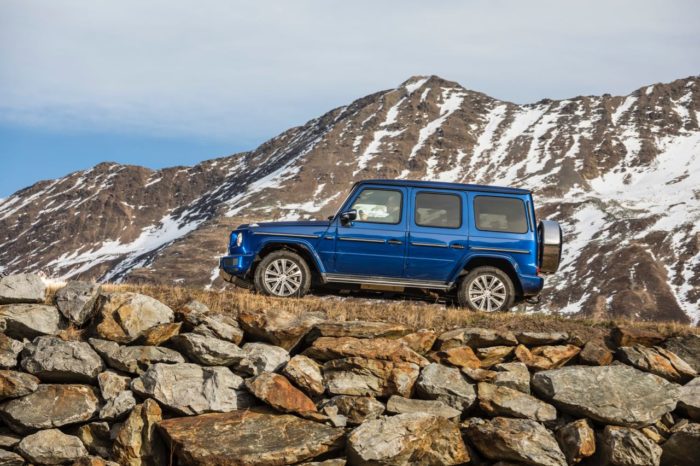 The model stands out for approved consumption, since it oscillates between 9.6 and 9.8 l / 100 km. This is helped by the stepped-bowl design of the pistons, which achieves a more efficient combustion, together with the Camtronic variable valve elevation system or “sail” in Eco mode, which decouples the transmission from the engine to maintain the inertia of the engine vehicle more easily when you lift your foot off the accelerator. It complies with the new Euro 6d-TEMP emission regulations thanks to the fact that it has a catalyst, particle filter selective catalytic reduction through AdBlue or exhaust gas recirculation. These are your most important data: Mercedes G 350 d, Cylinder 2925 cc, cylinders 6 online, power 286 HP, maximum torque 600 Nm, average consumption 9.8 – 9.6 l / 100 km, CO2 emissions 259 – 252 g / km, acceleration 0-100 km / h 7.4 seconds, maximum speed 199 km / h. 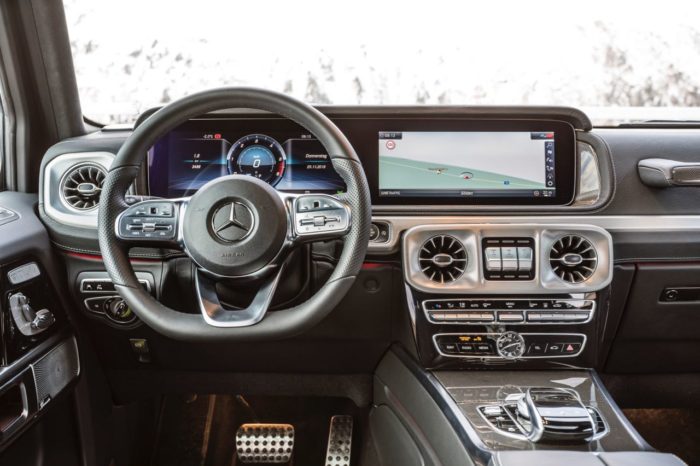 An interesting novelty for off road driving is that it premieres active engine mounts. They have electronic adjustment and adjust according to the speed (softer to less than 5 km / h). EC has a front suspension of double triangles mounted on the ladder chassis, while behind it sports a new rigid axle with Panhard bar. The standard equipment of the G 350 d includes leather upholstery or dashboard covered in Artico synthetic leather, up to open pore wood moldings, Dynamic Select driving mode selector with five driving modes.