MINI does not need a presentation, neither as a brand nor as a model. It is one of the most charismatic vehicles on the current scene thanks to a story that goes back more than half a century back in time. In fact, they are celebrating the 60th anniversary of their first model and there is no better way to celebrate it than with a special edition. This is the MINI 60 Years Edition, which will reach dealerships from March and will be available in both the 3-door and 5-door body.

It is true that the current MINI can’t be compared to the one that came out of the pen of Alec Issigonis, as its dimensions have grown over the years. But it still has the potential that John Cooper saw when he worked to take him to the competition. And that is the starting point that this special edition takes for the 60th anniversary. That’s why its body is dressed in the British Racing Green color (four more shades are available), which is combined with the white or black used on the roof and the rear-view mirrors.

This MINI 60 Years Edition is also recognizable by its specific 17-inch wheels or by the logos of the edition in various points of the body. This same logo will also be present in the passenger compartment and in the light projectors when the doors are opened. The equipment is at the height and features elements such as LED lighting, sports seats with a special leather upholstery in Dark Maroon color. 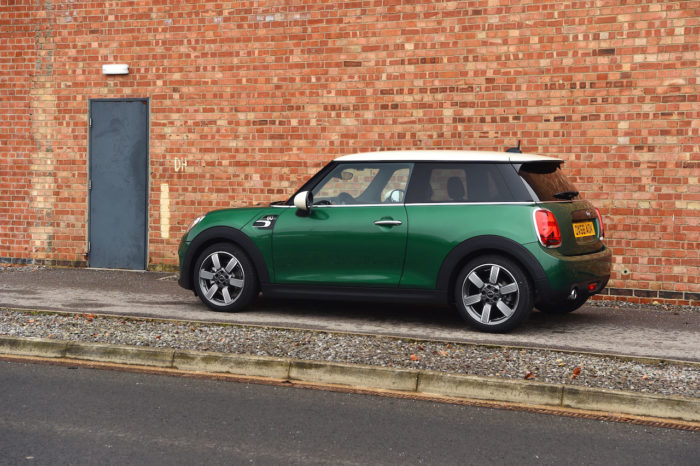 The MINI 60 Years Edition is available with 3 and 5-door bodies, and also with up to four different mechanics. For those who want a diesel you can choose between the Cooper D with 150 HP or the Cooper SD with 190 HP, both with a mechanics 2.0-liter turbo. For the part of gasoline are available the Cooper with 1.5-liter engine and 136 HP or the powerful Cooper S that reaches up to 192 HP thanks to its 2.0-liter engine.