We dreamed of the launch of the new John Cooper Works GP 2020 MINI since we saw that first prototype two years ago. The most radical version of the MINI 3 doors was only a matter of time. Now it has finally been presented at the Los Angeles Hall and its arrival is announced in March 2020. As was already known, it is a limited edition of 3,000 units that will be manufactured at the brand’s Oxford plant.

The name John Cooper Works has always been synonymous with maximum sportsmanship and the addition of the acronym GP refers to how appropriate it is for circuit. In fact, you could say that this copy is the most performance that the brand has ever launched. He wants to leave behind his predecessor in every way and for this he assembles the most powerful MINI mechanics, the same that we have already seen in other copies such as the Clubman John Cooper Works or the Countryman John Cooper Works. The new MINI John Cooper Works GP develops 306 HP and 450 Nm of torque. The only downside we get that is only available with the eight-speed Steptronic automatic transmission, so there will be no option to mount a manual transmission in this version. Despite this, its performance is quite outstanding, since it is capable of accelerating from 0 to 100 km / h in 5.2 seconds and reaching a maximum speed of 265 km / h. It is striking that the Clubman and Countryman John Cooper Works accelerate faster because they carry all4 all-wheel drive, while this is forward (although it has mechanical differential lock). 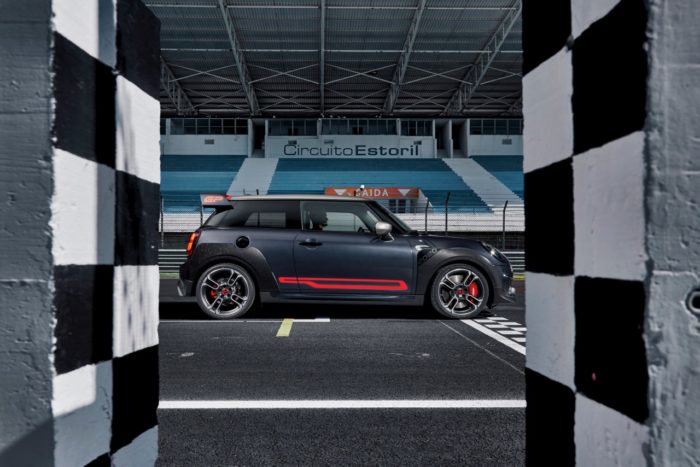 The dynamic behavior of the MINI John Cooper Works GP is also conditioned by some additional elements. An example is the 18-inch forged wheels, through which you can see the sports brake system, which has four-piston calipers on the front axle, where the discs reach 360 mm. Solutions have also been introduced in refrigeration and DSC with a much more permissive GP mode. Although one of the most important points of the MINI John Cooper Works GP is probably the suspension. It is a specific element for this issue and looks for that “go-kart feeling” so eager for the brand. 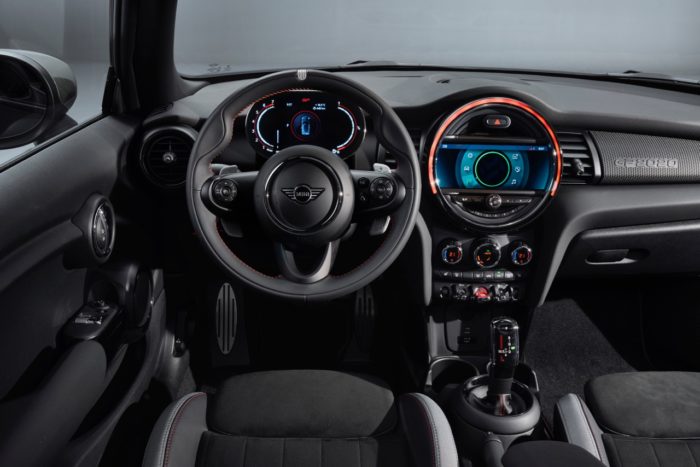 Inside the two-seater interior of the MINI John Cooper Works GP there is also an almost competitive atmosphere. Highlights sports seats with a mixed upholstery and seams in red or 3D printed molding that certifies that it is one of 3,000 manufactured. It is not the only element manufacturing following that technique, as the metal steering wheel cams have also been printed in 3D. Where there are no changes is in the multimedia system with 6.5-inch touch screen.

The MINI John Cooper Works GP stands out for its front skirt with large air intakes and even one that makes its way into the hood. The carbon fiber wheel (CFRP) wheel arches that take advantage of the manufacture of the BMW i3 and BMW i8 do not go unnoticed. In the rear, there is a large roof wing with double wing contours and a diffuser that integrates the double central exhaust outlet, elements that help improve its aerodynamics