The Mitsubishi Xpander is a very important example for the Japanese brand. It was first introduced in Indonesia in 2017 and is currently ranked as the fourth best-selling model worldwide. That has made this minivan can expand its range with a new personality. This is the Mitsubishi Xpander Cross, which will first reach the Indonesian market and then be introduced in other countries in Southeast Asia.

What has been done, in this case, is to provide the minivan with a more robust and differentiated crossover aesthetic. For this, formulas already seen in other Mitsubishi models are applied, with that Dynamic Shield on the front (similar to the Eclipse Cross). Also noteworthy are the narrow headlights, the protections at the bottom of the body, the roof bars or the black molding at the top of the gate. It comes with new 17-inch wheels and two additional colors are added to its palette.

There are also improvements in its interior, where special attention has been paid to habitability and quality. In the first of the aspects, the seven large squares and the modularity that allows bring them down in different parts stand out (second row 60:40 and third row 50:50). In the second, the quality and equipment is improved thanks to new elements such as the steering wheel with adjustments, cruise control, new instrumentation or improvements in the air conditioning. 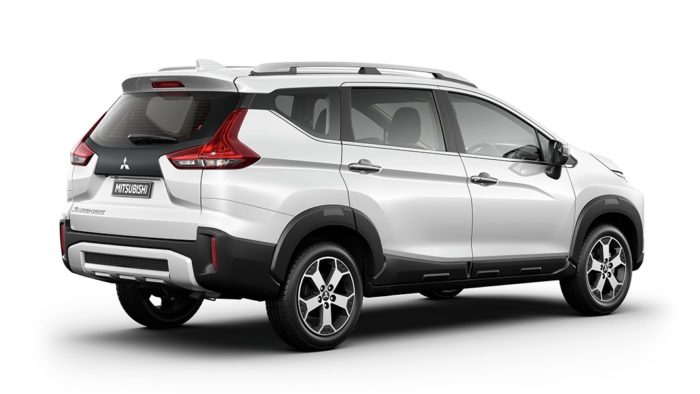 In the Mitsubishi Xpander Cross slightly increase the width (+50 mm) and the ground clearance (+20 mm), which remains at a negligible 225 mm. That doesn’t seem to affect your behavior much. You can only choose with the 1.5-liter atmospheric gasoline engine with 105 HP improved, which stands out for its refinement, claiming to be the quietest in its class. It can be linked to both a five-speed manual gearbox and a four-speed automatic transmission.