The first images of the fourth-generation mid-size 7-seater Acura MDX crossover appeared on the Web back in the summer of 2019, in October of this year, the novelty debuted as a prototype, and now, finally, the production version with all the accompanying details is presented.

The MDX crossover, like all other Acura models, is designed in America and for America. These cars are assembled in East Liberty (Ohio), the J35 series engines (“aspirated” 3.5 L V6 with a return of 294 hp and 362 Nm) come from the factory in the village of Anna (Ohio), and the gearboxes will come from Tallupuza, Georgia – in the fourth generation MDX received a 10-speed “automatic” instead of the previous 9-speed.

It is gratifying that the Acura brand has retained in the MDX complex, bulky and expensive SH-AWD all-wheel drive system with three clutches and overdrive planetary gears (they allow the rear wheels to spin faster than the front wheels and literally screw the car into a corner). Most MDX owners hardly understand how the SH-AWD unit works, but active safety is definitely better with it than most competitors with their single center coupling.

For thrifty customers, the front-wheel drive version of the MDX will continue to be offered, but the hybrid modification, which has two electric motors on the rear axle instead of the SH-AWD unit, is not announced in the fourth generation of the crossover. But by the end of summer next year, a charged version of the Type-S with a 3.0-liter turbo V6 (360 hp, 480 Nm), which will have SH-AWD all-wheel drive, 21-inch wheels and powerful Brembo brakes by default …Four-door problems: Acura RLX will not have a successor, but Honda Legend will continue to live

Improved handling, however, is promised on all versions of the MDX: the fourth generation of the crossover received a new platform from the new TLX sedan presented in the spring with a front suspension befitting a premium segment on double wishbones instead of the previous McPherson struts. The front suspension is now also attached to a rigidly fixed subframe (the previous one was on silent blocks), which, according to the developers’ idea, should make the steering more precise. The steering mechanism itself has a variable gear ratio and is equipped with an electric power steering on a belt drive – this design provides better feedback.

The brakes are now equipped with an electric booster instead of a hydraulic one – the actuator is now 230 ms faster. The front brake discs in the standard design are 30 mm larger in diameter and 2 mm thicker. The base wheels are now 19 “instead of the previous 18”.

Moving to a new platform made the MDX more spacious: the wheelbase increased from 2819 to 2891 mm, overall length – from 4983 mm to 5039 mm. The boot volume in the 7-seat configuration to the shelf has grown from 419 liters to 461 liters (mainly due to the rearrangement of the rear suspension and the lower floor level). The maximum cargo capacity with all seats folded has increased from 2,574 to 2,690 liters.

In the third, tightest row, there is 61 mm more legroom and 10 mm more headroom, while the height of the cushion has increased by 51 mm, that is, the bend in the knees of the passengers has become less, the seating is more comfortable. The middle section of the second row can be removed from the passenger compartment to provide a central passage to the third row – this is very convenient when child seats are installed on the side seats of the second row and therefore it is impossible to fold them.

The driver now has a fully virtual 12.3-inch instrument cluster in front of the driver, and an optional 10.5-inch color projection screen is also offered. The diagonal of the screen of the new multimedia system is 12.3 inches, but it is offered to be controlled through the old-fashioned touch panel on the center console, which is located next to the automatic transmission button control panel and the wireless charging tray for the smartphone. There is a lot of black glossy plastic in the finish, which, apparently, is designed to reflect the LED contour lighting in the dark. Acura TLX second generation: new engines and platform, and a pillow in the form of a baseball glove 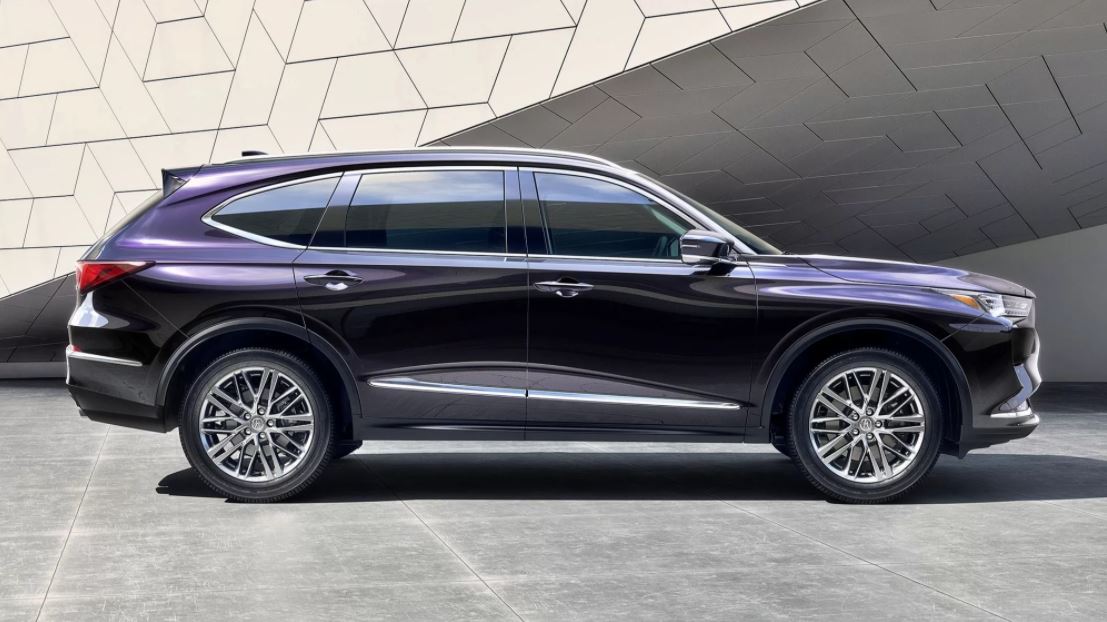 The standard audio system with a power of 350 W has 9 loudspeakers, and for the Type S version, 1000 W “music” with 25 loudspeakers is declared. Also, the Type S version will have luxury front seats with a 9-mode built-in massager. But the Traffic Jam Assist plug-in autopilot along with other electronic driver assistants is already in the database, but the SAE level 3 autopilot, which was announced for Japan and is called Traffic Jam Pilot, is not yet offered to the Americans.

Sales of the new Acura MDX in the US will begin in February next year, the prices are already known: for the front-wheel drive version you need to pay at least $ 46,900, for the all-wheel drive – $ 48,900. A full-fledged crossover will cost $ 60,650, and the not yet debuted Type S version will be even more expensive.

According to the results of the three quarters of this year, the third-generation Acura MDX sold 32,553 copies in the United States (data from the CarSalesBase resource). The main competitor, Lexus RX, is much more successful: 66,251 units were sold. Infiniti QX60 lags behind – 17,505 units. Behind are German counterparts: Mercedes-Benz GLE – 32 160 units, BMW X5 – 31 985 units, Audi Q7 – 16 783 units. Their best American competitor, the Lincoln Nautilus, found 16,052 buyers. In general, the Acura MDX is doing well in the home market and the generational change should allow it to at least maintain the status quo.