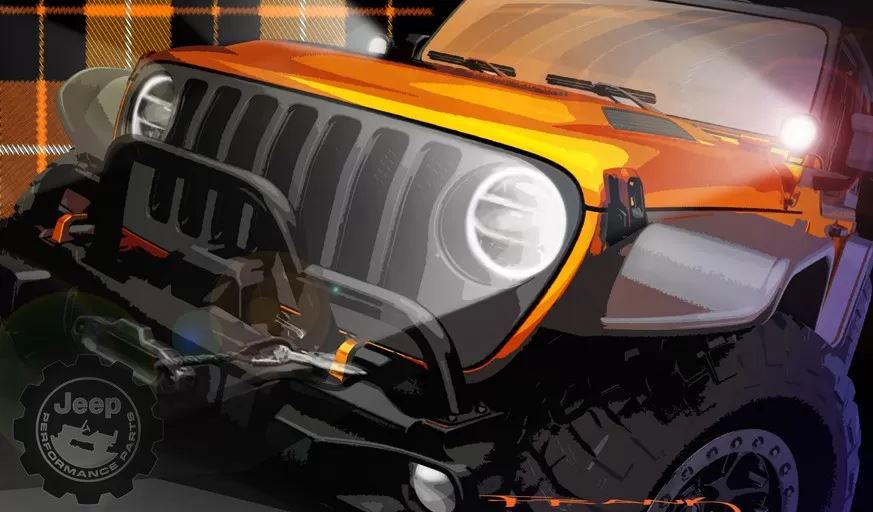 The concept of a new version of the famous model will be presented at the end of March as part of the Easter Jeep Safari (the event will be held in Utah, USA).

The Jeep brand is now owned by the auto giant Stellantis, it was formed at the beginning of this year. The new player in the global car market is the result of the merger of the Italian-American concern Fiat Chrysler Automobiles and the French PSA group. Let us remind you that the “old” names of the parties participating in the merger were abolished, while all brands retained their former names. Stellantis ranks fourth in the world in terms of the volume of cars produced.

Last month it became known that Stellantis had filed a trademark application with the United States Patent and Trademark Office – the name Magneto was then discussed. According to the information specified in the application, this trademark applies to “cars, namely concept cars.”

At the same time it was reported that Jeep is likely to present a concept of a new version of the Wrangler SUV, which will be given the name Magneto, at the end of this month. The debut will take place as part of the Easter Jeep Safari event in Utah, USA, scheduled to kick off on March 27th. Now the company has shown teasers of two new versions of the famous model. Awaiting debut: Jeep unveils Grand Wagoneer SUV in new photos

One of the concepts is likely to be named Magneto. It is possible that this will be a completely electric modification, which was mentioned earlier, or one of the versions created on the basis of the Wrangler 4xe plug-in hybrid.

Recall that the name of the concept refers to the definition of an electric generator using permanent magnets. So the word “Magneto”, perhaps, is suitable for the name of an electric car. However, to many, this name seems quite familiar also because of the anti-hero of the X-Men comic book series (now Disney has the rights to this character): he is able to move metal objects with the power of his mind.

The second teaser reveals another Wrangler concept created by Jeep Performance Parts. Judging by the image, such a show car was equipped with various off-road accessories, for example, a winch, off-road tires like the Wrangler Rubicon 392, a crossbar that protects the radiator grill, as well as small signal lights. Best of North America for Chile Buyers: 2014 Jeep Grand Cherokee

There is no information on the “stuffing” of the two Wrangler concepts, which are due to be presented later this month, at the moment. The current SUV has an electrified version: the hybrid got the 4xe prefix to the name. It has two electric motors: the first works in tandem with a 2.0-liter gasoline “turbo four” and is connected to the crankshaft by a belt drive. The second replaces the torque converter in the 8-speed automatic transmission TorqueFlite, two clutches are added to the transmission. In addition, the current Wrangler’s engine lineup includes a 2.0-liter I4 turbo four with 272 hp. (torque – 400 Nm) and the Pentastar V6 with a volume of 3.6 liters with a capacity of 289 hp. (352 Nm). In addition, there is a 264-horsepower 3.0-liter V6 turbodiesel (599 Nm) in the range. In addition, the Rubicon 392 version was presented in the fall, which is equipped with a 6.4-liter gasoline V8. The maximum output of such a motor is 476 hp. and 637 Nm.