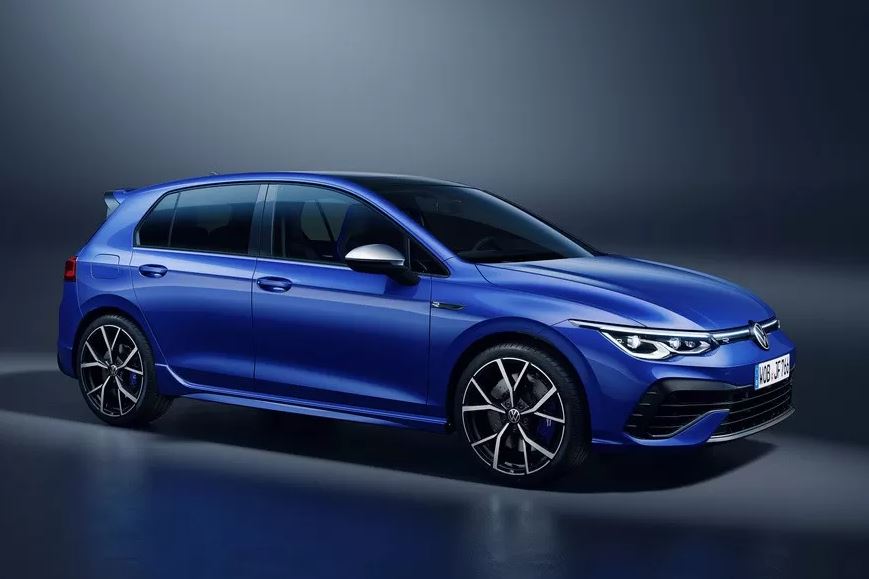 The German brand has presented the most “evil” version of the current generation of Golf. The model received not only a powerful engine, but also a modified 4Motion all-wheel drive system. Acceptance of orders for a new product has already started in Europe.

The VW Golf hatchback of the eighth generation debuted a year ago, at the beginning of 2020 it was joined by “charged” variants of the GTI and GTD, in September a regular station wagon and its cross-version were revealed, and in October the GTI Clubsport appeared. And finally, the top-end “five-door” with the letter R is presented – and this, as noted in Volkswagen, is the most powerful Golf in the entire history of the model (of course, this means a mass production car, concepts and special versions that came out in limited edition.

Externally, the new Golf R differs from other “lighters” of the family by bumpers, in the lower grille there are horizontal dies instead of “honeycomb”, it also has four twin exhaust pipes and wheels of the original design (maximum – 19 “). Inside there is a steering wheel with an R button, which is responsible for switching modes of movement, sports seats upholstered in Nappa leather, carbon look inserts and blue decor.

The VW Golf R is equipped with a 2.0 TSI gasoline turbocharger of the EA888 evo4 series, but contrary to expectations, the engine produces not 333 hp, but 320 hp. – as in “charged” Arteon R and Tiguan R. Maximum torque – 420 Nm. The engine is combined with a six-speed “mechanics” or a seven-speed robotized gearbox DSG with two clutches, and only the American version of the hot hatch got the manual gearbox. The previous Golf R was available with a 2.0 turbo with 300-310 hp. (380-400 Nm). Future losses: Volkswagen Golf, Polo and Passat will leave some markets

Of course, the Golf R has 4Motion all-wheel drive, and for the new generation model it was modified: the five-door received a rear differential with traction vectoring, the system can transfer up to 100% of traction to one of the rear wheels – like Mercedes-AMG A 45 / CLA 45 And, like Mercedes, the Golf has a Drift mode, when ESP is disabled and traction is transmitted mainly to the rear axle. The new Golf R also has Comfort, Sport, Race, Individual and Special modes. The latter is also available on the Golf GTI Clubsport and is designed specifically for the Nürburgring. In addition, the R arsenal includes a Vehicle Dynamics Manager.

From zero to “hundred” the new Golf R accelerates in 4.7 seconds – the same figure as the previous five-door hatch with 7DSG. “Maximum speed” – the previous 250 km / h, but at the same time the R Performance package is provided for the new item, with it the maximum speed can be increased to 270 km / h. Volkswagen Golf Last Edition, goodbye without fireworks

Also, the hot hatch has reconfigured the suspension: compared to the “charged” model of the previous generation, the springs and stabilizers are now 10% stiffer, the camber angle of the front wheels is increased. The ground clearance is reduced by 20 mm (this is already in comparison with the base “eighth” Golf). At the front, larger brake discs were installed, the two-piston calipers are now 60% lighter. Already in the “base” there are adaptive dampers DCC.

European dealers opened orders for the new Volkswagen Golf R today, November 5, but at the time the news was published, the price had not yet been announced. Later, the station wagon with the letter R should be tightened. And by 2023, according to unofficial data, the model may also acquire an extreme modification of the R Plus with a return of about 400 hp. However, it is too early for us to dream of “charged” Golfs – we would wait for the standard “8” hatchback.