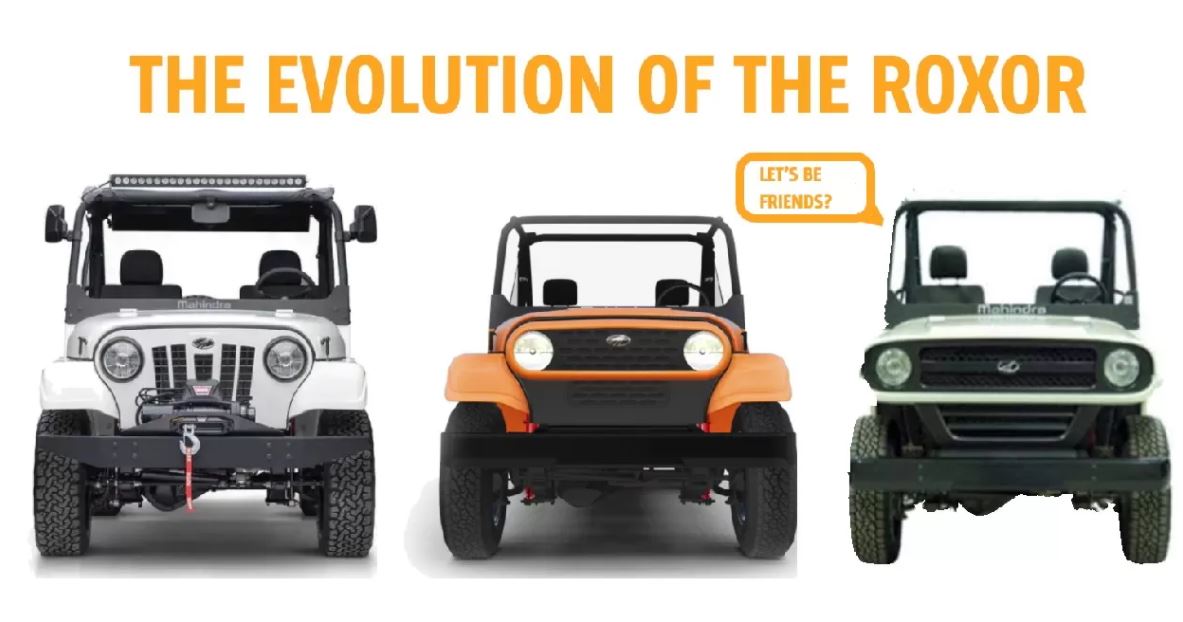 The Indian company Mahindra & Mahindra, which was banned from selling cheap, Jeep-like Roxor SUVs in the United States, does not want to leave the American market and, in order to circumvent the ban, carried out a large-scale restyling of its car. The first photos of the 2021 Mahindra Roxor have appeared on the web.

It was the “butting” between Fiat Chrysler Automobiles and Mahindra & Mahindra, when the International Trade Commission banned the sale of Mahindra Roxor in the United States, as it copies the design of the Jeep CJ (the predecessor of the modern Wrangler).

Roxor is the American version of the Indian Thar SUV. The assembly of these cars from Indian vehicle kits was established in 2018 in Auburn Hills (Michigan), that is, right next to the FCA headquarters, which caused additional irritation of the Italian-American auto giant.

The archaic design of Roxor and the absence of any security systems made it possible to certify it only as agricultural machinery that does not have access to public roads, but its brutal style and cheapness (before the ban, prices started at $ 16,599) made the Indian jeep very popular with American off-road enthusiasts – Mahindra sold about 10 thousand of its SUVs in the USA a year. Awaiting debut: Jeep unveils Grand Wagoneer SUV in new photos

The ban imposed by the International Trade Commission applies, among other things, to the restyled Roxor 2020 model year – at the beginning of this year, we recall, Mahindra tried to preemptively resolve the dispute over the Roxor design with little blood and made its ancestor in the style of the Toyota Land Cruiser J40.

Now, the Indian SUV required more serious cosmetic procedures – their result can be estimated from the pictures published by Jalopnik magazine. As you can see, the front of the Mahindra Roxor now really looks a little like Jeep CJ and Toyota Land Cruiser J40. The bonnet no longer tapers from the windscreen frame to the leading edge, but has the same maximum width along its entire length. The outer hood hinges were replaced with inner ones (they were also called a sign of similarity to the Jeep). The headlights are set as wide as possible. The front fenders now have practically no side protrusions and curvatures in the front. As a result, Roxor got a rather ridiculous, cartoonish “face” expression.

The 2021 Roxor SUV has not yet been featured on the US consumer site Mahindra, but instead the title page posted the following message: “Sometimes you have to look deep inside to see your true version of yourself. This is what we are doing now. We’ll be back. Stronger. More original. More freaky. Stay in touch”.

Apparently, the developers did not deceive about freakishness, but it is not yet clear whether there will be enough changes introduced into the design so that FCA does not again protest.

Meanwhile, in August, Mahindra unveiled an all-new Thar in its homeland that looks like a modern Jeep Wrangler on the outside. Yes, the Indians have done it again, and perhaps the new product will be the reason for the introduction of even tougher sanctions against Mahindra in the United States.