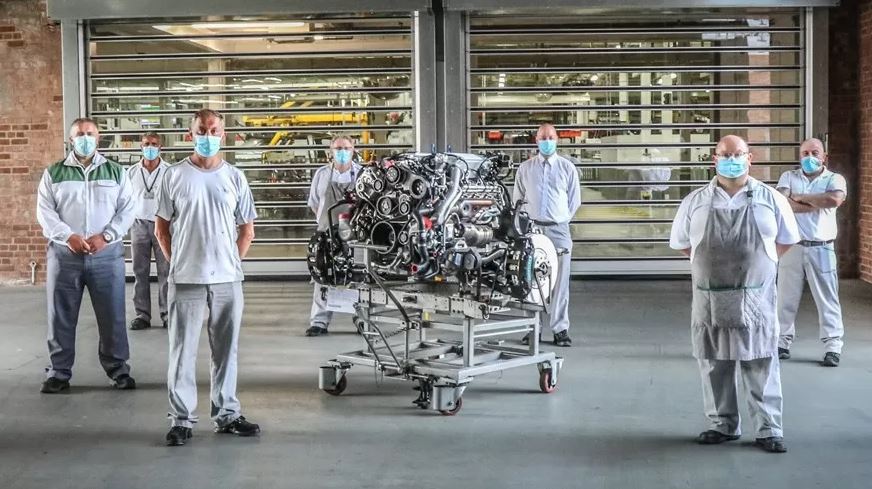 The factory of the British company will be reduced about a thousand jobs. This will allow the manufacturer to compensate for the revenue lost due to the shutdown of the conveyor.

Bentley, a luxury car company, was founded in 1919. Since 1998, it is part of the German concern Volkswagen. The economic crisis, which is the result of the coronavirus pandemic, has hit the automotive industry, including manufacturers of expensive cars. Therefore, Bentley has developed its own business restructuring plan.

As part of the strategy, the British company plans to cut nearly a quarter of its workforce at the Crewe plant. This is a thousand jobs (currently 4.2 thousand people are employees: about 2.2 thousand people returned to the plant in May, about 1.5 thousand work at home, another 500 are on vacation). Bentley noted that this decision was not easy for them, but such a step is necessary to protect the jobs of those factory workers who remain in production. Bentley considers the design of the BMW i3 unsuccessful and is preparing a beginner with a bold appearance

It is known that initially it is planned to reduce staff due to voluntary dismissals (the conditions of such care were not disclosed in the company). If the required number of vacant jobs is not reached, then Bentley does not exclude forced cuts.

It is expected that the dismissal of a quarter of the plant’s employees will allow the manufacturer to compensate for the lost income due to the shutdown of the company in Crewe, as well as due to the decline in sales of new cars (due to COVID-19). Note, the most popular car of the brand today is the Bentayga crossover. At the end of 2019, dealers sold 991 units in Europe, which is 18.6% less than a year earlier. It is curious that in January-April 2020, that is, in the midst of a pandemic, model sales grew by almost 5% (according to carsalesbase) to 278 units. Way to go: assembling a W12 engine, the jewel in Bentley’s crown

By the way, the other day the British company released the 20 thousandth Bentley Bentayga crossover, the model appeared on the conveyor in the spring of 2016. Soon, the company will present an updated luxury SUV: prototypes of such a car are now being tested, photo spies have already caught them on the road during trials.

In addition, because of the pandemic crisis, the company seems to have decided to postpone the project to create its own electric car for one year. If earlier it was assumed that we would see the “green” Bentley after 5 years, now it is reported that it is better not to wait until 2026.

Recall that there is no own serial electric car in the current Bentley model line. So far, the company’s portfolio has only “groundwork” – the EXP 100 GT concept introduced last summer. The installation of this futuristic electric train includes four electric motors – one for each wheel. The total return of the system is 1359 hp, torque – 1500 Nm. It needs less than 2.5 seconds to accelerate from standstill to “hundreds”; the maximum speed is 300 km / h. The power reserve of the “two-door” is 700 km.