The previous Porsche Cayman GT4 is considered one of the best modern examples of the Stuttgart brand. Its philosophy convinced the most purists and its behavior elevated it to the level of a cult model practically. With the new generation of the 718 Cayman that introduced the turbocharged four-cylinder engines, doubts were raised about its continuity. However, the manufacturer has not wanted to disappoint and presents the new Porsche 718 Cayman GT4. And we say it because it is a vehicle that has remained true to its roots. Atmospheric six-cylinder engine in central position, manual gearbox and propulsion, what more could you ask for? If we start with its mechanics it is a six-cylinder atmospheric boxer with 4.0 liters that is newly developed (derived from those who use the 911 992). As we said, is linked to a six-speed manual transmission to improve the feelings of the driver. 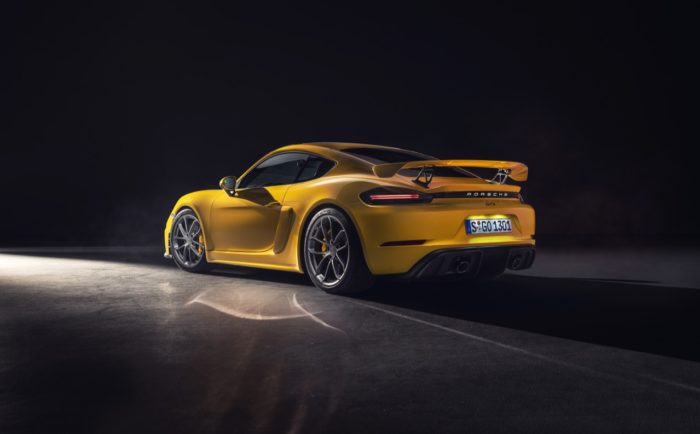 The new Porsche 718 Cayman GT4, with its atmospheric engine capable of climbing up to 8,000 rpm, achieves 420 HP and 420 Nm of torque. That means an increase of 35 HP compared to its predecessor, which also leaves behind in terms of performance. We talk about it being able to accelerate from 0 to 100 km / h in 4.4 seconds (same acceleration as the previous one) and that it now reaches a maximum speed of 304 km / h (previously 295 km / h). With a weight that rises slightly to 1,420 kg, the new 718 Cayman GT4 is postulated as a truly balanced machine with improved performance. We say this after seeing that he completes a lap in the Nürburgring Nordschleife ten seconds faster than its predecessor. At the aerodynamic level the work is remarkable and gets a load 50% higher. The main improvement happens in the rear, with a diffuser and a spoiler that produce more load, taking up to 12 additional kg at 200 km / h. 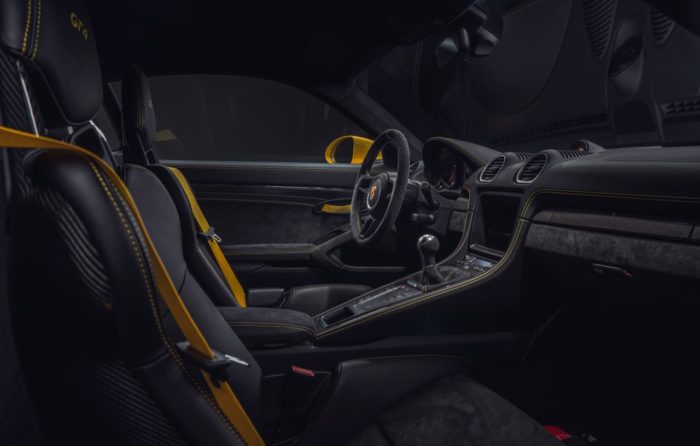 And the thing is not there. At the chassis level, the Porsche 718 Cayman GT4 has reinforcements and the Porsche Active Suspension Management system that places the body 30 mm closer to the ground. Adaptive damping has to add other benefits such as the Porsche Stability Management (PSM) or the Porsche Torque Vectoring (PTV), which includes a mechanical rear differential to improve the driving experience, although it already has very good brakes as standard, optionally the Porsche Ceramic Composite Brake (PCCB). In the same way, high performance tires are offered for those who want to get the most out of the circuit. For them, the Clubsport package will also be interesting, including an anti-roll bar, six-point harness for the driver and a hand-held fire extinguisher. The price of this model amounts to 110,870 euros.