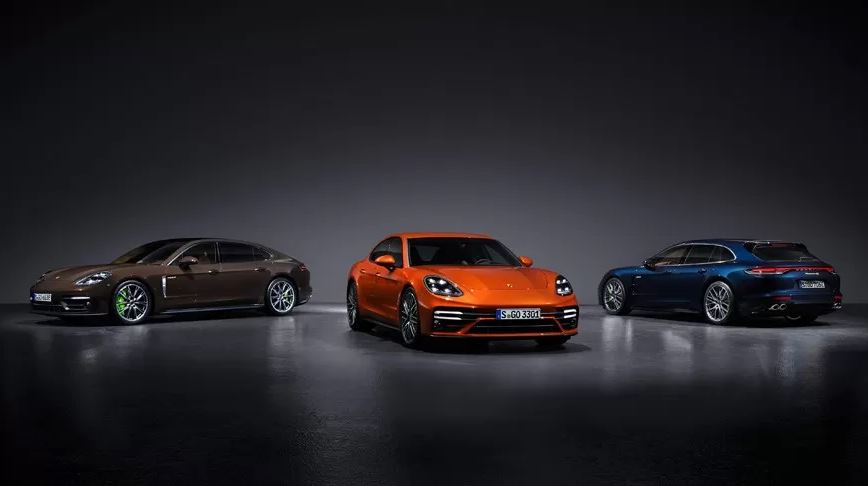 A version of the plug-in hybrid with the 4S E-Hybrid prefix to the name has appeared in the line of the sports “German”.

The Porsche Panamera has been in service for eleven years, the current second generation of the model was introduced in 2017. At the same time, the station wagon model with the Sport Turismo attachment entered the market. Sales of the model in Europe have dropped markedly over the past few years. So, last year, old-world dealers sold 8,436 copies, which is almost 11% less than in 2018. Now the manufacturer has declassified updated versions of its “five-door”.

Among the external differences from its predecessor, the new Panamera has a modified front bumper with integrated running lights, other taillights with an LED strip connecting them together, and a different tailgate. The previously available optional SportDesign package is now standard across the range. In addition, new versions of 20- and 21-inch “rollers” have appeared in the line of rims.

The cabin has a sports steering wheel with paddle shifters, and a 12.3-inch touchscreen display is provided for the multimedia system. Options include satellite navigation, Wi-Fi hotspot, electric seat adjustment, etc. The already basic, redesigned Panamera features lane tracking and traffic sign recognition, adaptive cruise control and other safety-related systems. Do you remember the first ancestor of the Panamera?

In the Porsche Panamera lineup, a new version also appeared – Turbo S. It was equipped with an uprated 4.0-liter biturbo-eight with a return of 630 hp. (820 Nm). For comparison, its predecessor in the Turbo version, this engine produced 550 hp, and the torque was 770 Nm. A car in the Turbo S modification (in Sport Plus mode) gains the first “hundred” in just 3.1 seconds, while the current version with an increase in Turbo performs this exercise in 3.6 seconds. And the maximum speed increased to 315 km / h (it was 306 km / h). 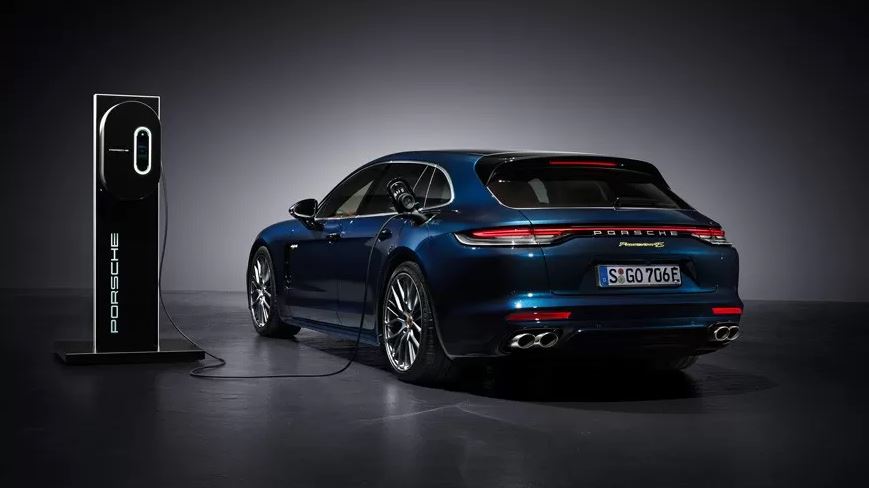 Another novelty in the range was the plug-in hybrid version, which received the 4S E-Hybrid prefix. Recall that the predecessor has a model with an increase of 4 E-Hybrid. At the heart of the installation of the new hybrid is a V6 with a double supercharging volume of 2.9 liters and an output of 440 hp. (version 4 of the E-Hybrid had 330 hp), as well as an electric motor (its output remained the same – 136 hp). At the same time, the total power of the system of the new version increased from 462 to 560 hp, and the maximum torque – from 700 to 750 Nm.

This has a significant impact on the dynamics: the Panamera 4S E-Hybrid takes 3.7 seconds to accelerate from 0 to 100 km / h, while the predecessor 4 E-Hybrid takes 4.6 seconds; “Maximum speed” has grown from 278 to 298 km / h. The battery capacity has also increased: from 14.1 to 17.9 kWh. At the same time, the power reserve while driving the number on electric traction increased to a maximum of 54 km, while the predecessor’s “ceiling” was at the level of 43 km (the calculation was carried out according to the WLTP cycle). Porsche Panamera GTS 2019, sportiness with V8 engine and 460 HP of power

In Europe, the acceptance of orders for new items has already started, the cars will reach dealers in October this year. The price of the basic version is 92 400 dollars, Panamera 4 – 198 300 dollars, for the Turbo S version you will have to pay at least 178 400 dollars, for the 4S E-Hybrid rechargeable from the network – 133 000 dollars, and for the execution of GTS – 137 000 dollars.

A couple of weeks ago, was reported that the updated Porsche Panamera broke the Mercedes record at the Nurburgring.