Making its debut at the Tokyo Motor Show in prototype form before its launch in Japan later this year, the Subaru Levorg Prototype STI Sport presents small aesthetic changes that, according to the company, are inspired by the rally legacy of the brand. But it’s not just something visual, there are also some technical updates aimed at improving the driving experience.

The only real information published by Subaru has to do with electronically controlled dampers, which represent a novelty within the company. We can also learn that the Levorg Prototype STI Sport is the first of the house that has a “Drive Mode Select” system that, as the name implies, allows the driver to choose between several modes that change the configuration of the traction system, the direction and the engine

Other details remain shrouded in mystery, but we know from the standard Levorg traveling on the Subaru global platform (SGP) opened in 2017 with the Impreza. While nothing is known about its power, the outgoing Levorg STI Sport offers up to 300 hp and 400 Nm of torque from a 2.0-liter turbocharged petrol engine (EJ20). However, with the end of the WRX STI, the Ōta firm reported months ago that they had developed a new turbocharged 1.8-liter boxer thruster. 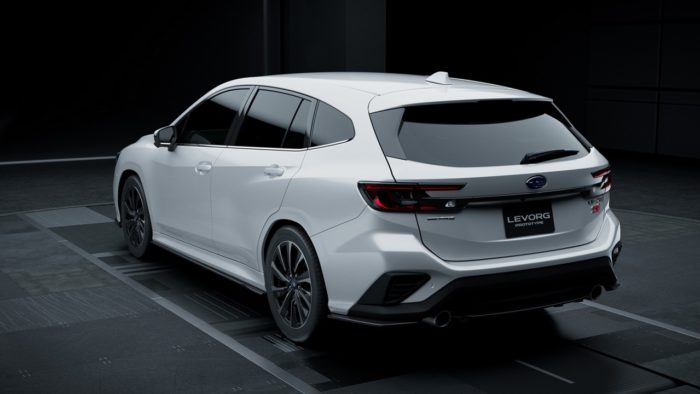 As was the case with Levorg when it debuted at the Tokyo Motor Show in October 2018, all the windows of the Prototype STI Sport are obscured. It is likely that Subaru is not willing to show the interior yet, but we know that your next family member will have the next generation of the company’s EyeSight system, with a better camera that will offer a wider viewing angle through the four cameras mounted on Both bumpers.

And following in the footsteps of the Levorg Prototype STI that was shown during the same appointment last year, the Prototype STI Sport adds a sportier style, with different wheels (although nothing fancy) and the mandatory Subaru Tecnica International badges. The non-vitaminized Levorg is expected to go on sale in Japan during the second half of 2020, and STI Sport is likely to follow it sometime throughout 2021. Hopefully the production version does not differ too much from what was shown here.