Until recently, the most important task of these cars was a “test of strength” of various innovations in the automotive industry. Supercar was always a piece goods – the price of one such vehicle is equal to the cost of a small fleet of production vehicles. For the purchase of “giants” ventured only mad collectors from among the rich ones but rare collectors of automotive history.

But now the order of things began to change: supercar increasingly materialize with posters and pages of magazines. They leave the secret hangars and go to serve people …. And not as a simple advertising, and in the same “hell” of municipal services – fire protection, medical care and the police. Our opus is dedicated to such cars. 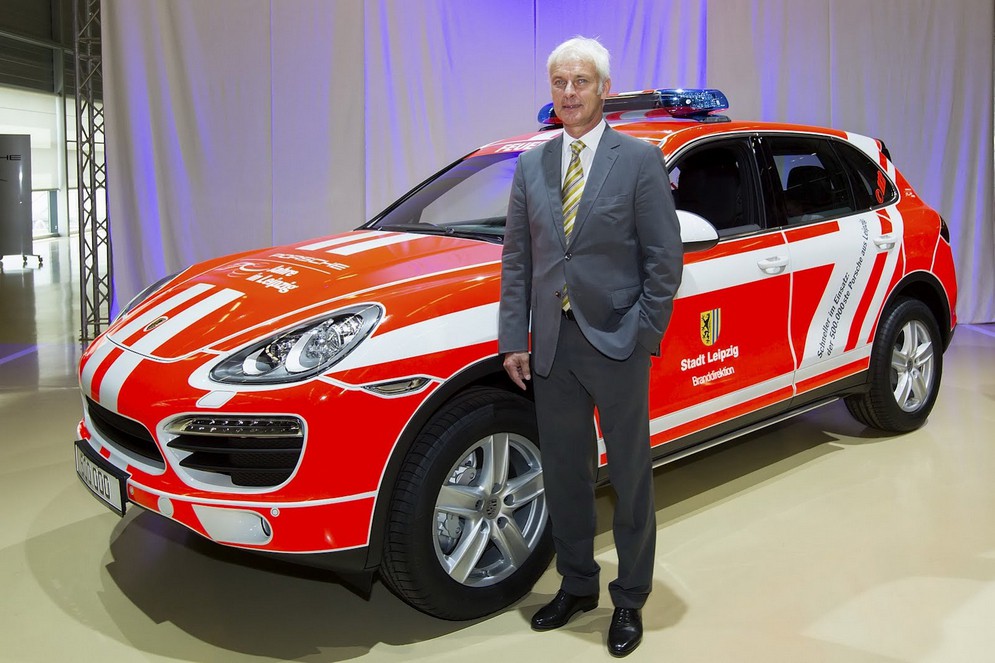 In this area company Porsche AG is particularly distinguished. Its famous Cayenne crossover has a truly limitless potential. Experiments with its implementation in social services began in 2008. Then automakers in hometown Stuttgart have provided one of the offices of “firefighters’ with two specially equipped vehicles to rescue the victims of the fire. Of course, the common offspring of Porsche and VW Group can not be called “supercar” in the full sense of the word, but hardly any regular municipal carriage can take a hundred in 5.9 seconds, and then develop a speed of over 240 km / h. Burnt patients are the case when any delay is death. 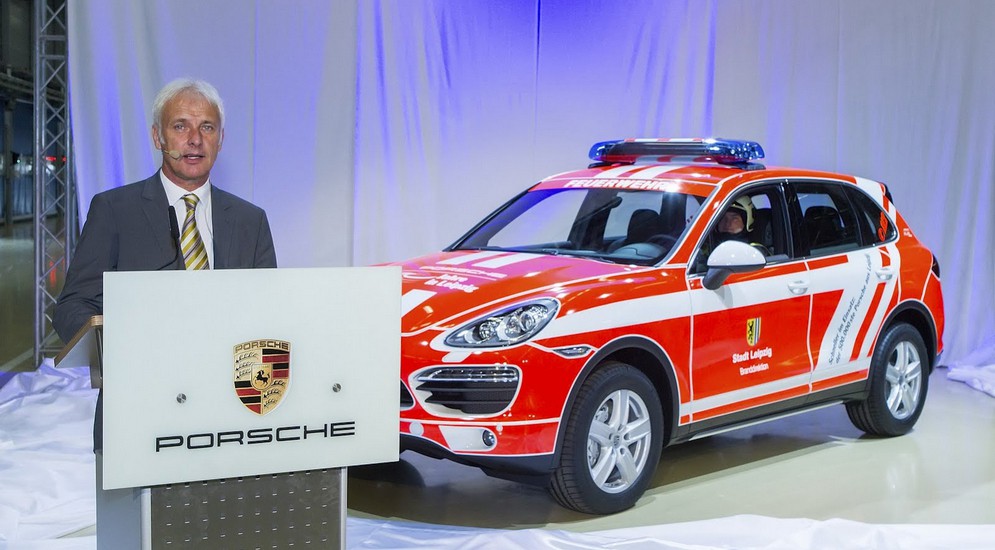 Then fire Cayenne S appeared in Leipzig. In summer 2012 with the Porsche factory conveyor was descended jubilee 500 thousandth car that the company has decided to present the city. Sport crossover with a V8 engine has been modified into the staff car of the fire brigade.

The case is prominent, just because of that that the unit of such equipment is worth about $ 140 thousand. At the same time Porsche AG company’s management understands that not every city budget can be spent on equipping their rescuers, and from time to time involved in charity work.

Read about updated coupe Porsche 911 Carrera and Carrera S – what will you choose? 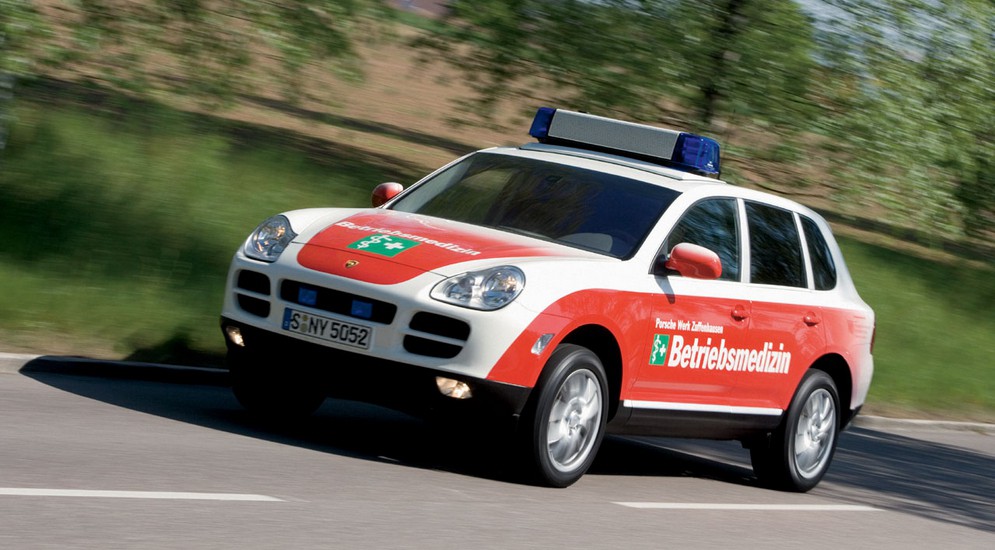 A year earlier, in 2007, the Stuttgart engineers first tested the Cayenne S as an “ambulance car”. Such an idea came to them after the Bulgarian government’s demands to the World Bank. Bulgarian officials have asked for funds to purchase 32 Porsche Cayenne SUV in order to update its fleet of medical workers. The public raised them to laugh, and the Germans were thinking: after all really, this “first aid” will whisk the patient in record time, and will pass there, where other cars will not rise.

As the experiment were set up four copies of the famous crossover equipped with all the necessary medical equipment. Among other things, the interior of the vehicle is equipped with a stretcher to transport a patient lying. In the series, this technique did not go – the engineers from Stuttgart use it only for their own needs, dispersing medical Cayenne at the Porsche plants: just in case.

At the peak of the company’s competitors Mercedes-Benz in 2011, presented to the German exhibition of special equipment RETTmobil «the fastest,” ambulance “in the world” – a supercar SLS AMG Emergency Medical Concept. This car is also the most unusual in the history of medicine: the mechanism of its doors was like a “gull wing”. Under the hood, the “miracle car” was placed powerful naturally aspirated V8 engine of 6.2 liters (571 horsepower, 6 800 rev / min). The supercar was so fast, that was dispersed to hundred in 3.8 seconds and a top speed of 317 km / h. Unfortunately, the next Mercedes-Benz plans have not moved in this matter.

Maybach or just Mercedes – select a sedan that represent 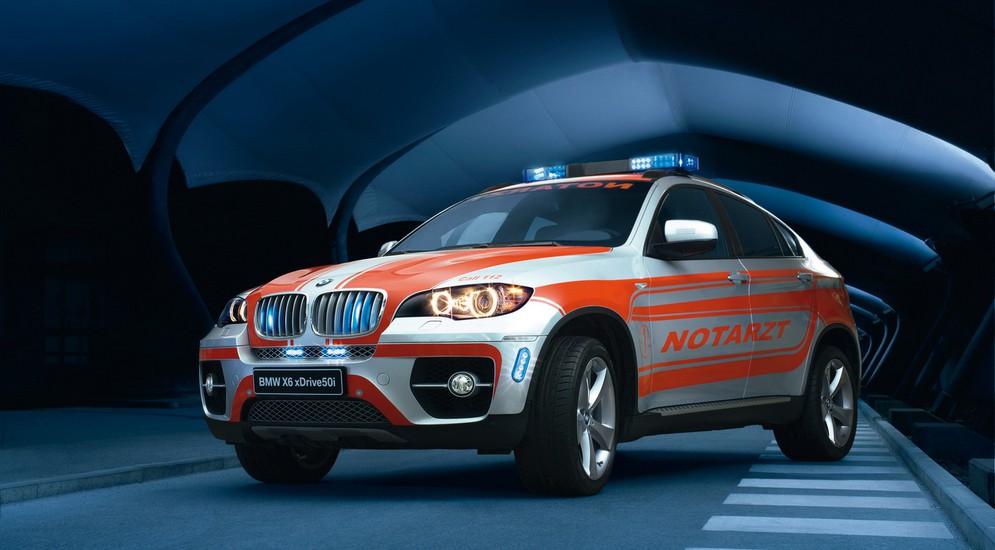 But the “Bavarian Motors’, faced with” Merce “nose to nose on RETTmobil 2011 have not been lost. Their midsize crossover of class “luxury» BMW X6 became a mandatory in municipal fleets in German hospitals. The company has converted for this purpose a sports version of its SUV – xDrive50i with uprated engines at 555 horsepower and a twin-turbo! In addition to finalizing the motor underwent suspension models, steering and all-wheel drive system. This “ambulance” can climb even on the uphill, if you need!

However, the championship in equipping medical staff gets the UAE. Dubai physicians have at their department several special units of the coupe version of Lotus Evora. This car is equipped with a 3.5-liter V6 rated at 350 hp. s., holds a “top speed” of 300 km / h, and accelerates up to a hundred in 4.8 seconds.

With the support of such a device as a Lotus Evora, a person can be successfully revived before the approach of “main” medical team (it is equipped with defibrillator, oxygen bottles, tires for fractures and other emergency vehicles). 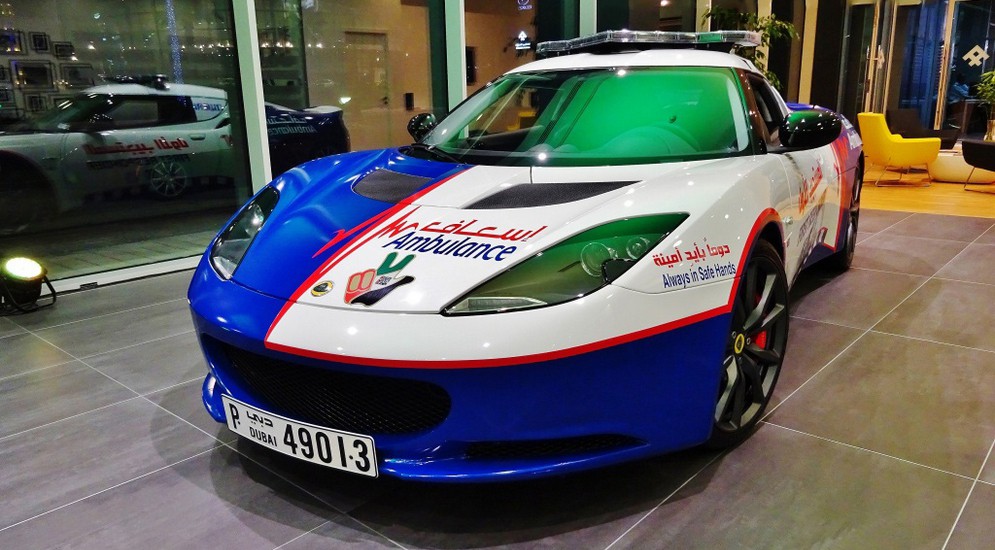 In several parts of the globe at the same time someone decided that the prestige of policing services should be increased.

For example, the Australian Government has willingly agreed to the friendship with the company Porsche AG. The local office of the German automotive industry immediately made a gift to the municipality in the form of the legendary sports car Porsche 911. Auto has a six-cylinder engine produces 500 horsepower and is able to take a hundred for five seconds.

This Porsche is very appreciated in Australia: local cops are prohibited to patrol the streets on this car. Sports car in the country is assigned to a higher mission – to participate in public events and youth campaigning to detailed traffic study.

But British police use Lotus Exige, and law enforcement officers are not afraid to use it in business! It’s no joke – the 280-hp engine accelerates from zero to hundred in 4.1 seconds! On this interceptor Sussex outfits patrol the roads – any reckless driver at the sight of this monster is morally destroyed on the spot!

At the same time British police is not the most humane in the world: it will block the offender in the act and go beyond themselves (there are only two seats in the Exige).

Let the poor guy waiting, chained to a speed limit sign, when he will be taken for another special transport …

Unusual traffic regulations around the world 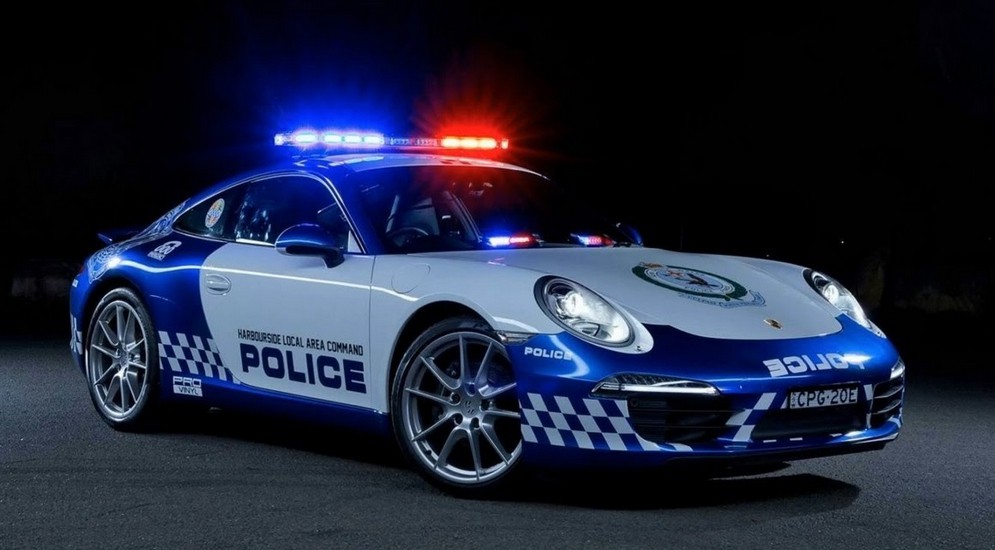 We would like the attraction of supercars to society was a positive widespread trend. So they carried out their work, and not been an object of the photoshoot, and in order to have time to help one of my, or your neighbor, if all the other coaches of “ambulance” suddenly will be busy. 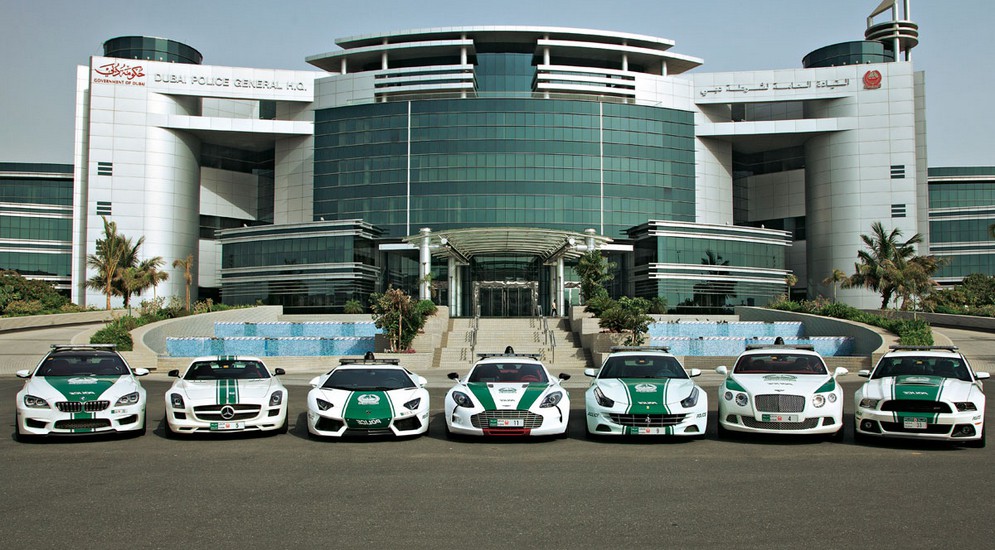