Suzuki is a brand with more than a century of history, but initially things were not as we know them today. In their early years they had some dedication to the textile industry, with the construction of looms and complex knitting machines. The first contact with motor vehicles was stopped by World War II and was later, in 1952, when they entered the world of motorcycles (in which they continue to operate today).

To know the first four-wheel vehicle of the Japanese brand had to wait until 1954. A group of very young engineers set out to make a simple and light car, with an affordable price and a low maintenance cost. In short, that was adapted to the needs of the time. The result was the Suzuki Suzulight, a model that would go down in history as the first car and for other weight reasons.

Suzuki Suzulight arrived in the market in 1955 with very contained measures. It had a length of 2.99 meters, a width of 1.29 meters and a height of 1.40 meters. Thanks to this, it was adjusted to the Japanese legislation Kei Jidosha, which governs the popular Kei car of this country. One of the keys of the vehicle was its lightness, with a total weight below 500 kg. The first prototype faced a long route by mountain and unpaved roads to test its resistance. 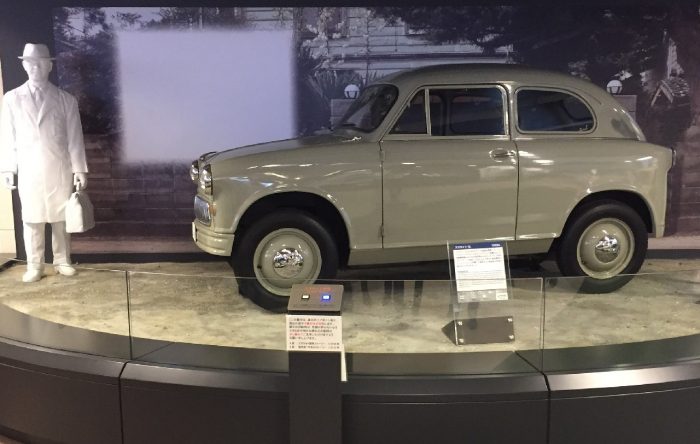 He did it with his two-cylinder, two-stroke engine with just 360 cc. The power was 16 HP, ridiculous if we compare it with the current models, but enough to move the Suzulight. Other important points were the independent suspension (double helical spring on both axes) and the rack and pinion steering. The result was more than satisfactory and the car was presented to the president of Yanase (similar to the DGT here), who gave the model approval.

In this way it was possible to start the commercialization of Suzuki Suzulight, whose first units went to the hands of doctors who had to make daily rounds through different areas. Initially the production was very small, of 3 or 4 cars per month, but in 1956 they increased it to 30 units. The sales were growing and the success came to the brand, which ended up taking different versions of the model. 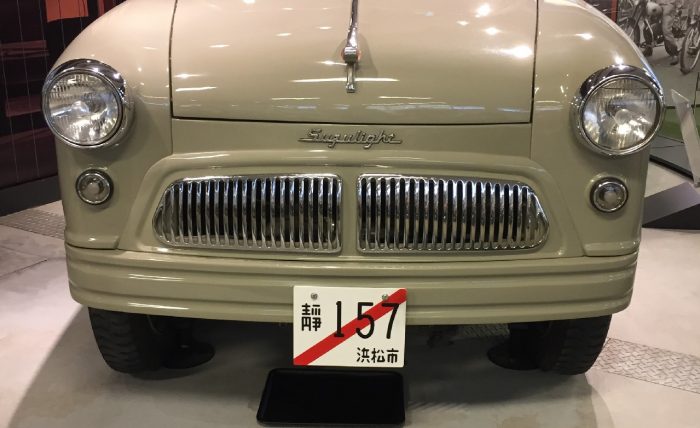 Rumors suggest that only two units of the original Suzuki Suzulight were made. Only the whereabouts of one of them is known, the same one that appears in the images and that is in the Suzuki Plaza Museum of Hamamatsu (Japan). It was the car that defined the philosophy of the brand, which is still alive today through models such as the Suzuki Swift, the lightest of its segment with 970 kg.