The 2015 Suzuki Jimny is a survivor of the times when there were no SUVs, but those fierce looking cars were real SUVs. And there it goes, with hardly any changes in its configuration, since 1999. The interior has always stood out for its sobriety in terms of interior and finishes, although some extras have been added such as higher quality upholstery and gear selector. It is still one of the cheapest all-market vehicles in the market. 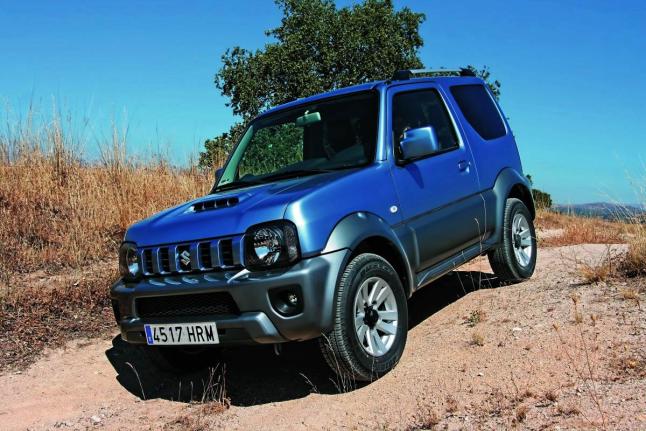 We could not miss this vehicle designed to roll on the sand, either from the beach or the dunes of the desert and even to work in the countryside. With a lightweight chassis and large wheels, it finds its main influence on the Volkswagen Beetle. Today there are buggies both based on production models and totally handmade. They usually have rear-wheel drive, just like the engine behind. Legally its power is limited to 20 HP, but it is not uncommon to see one with engines up to 1,100 cc, which exceed the limit of 70 km / h that has been imposed.

And here we have the most famous van, hippie, symbolic and traveler of all history. The Volkswagen Transporter T2 (or Kombi), was manufactured in Hannover (Germany), between 1967 and 1979, but the Volkswagen Kombi was manufactured until recently in Brazil. To fire it, Volkswagen created a special edition, the Kombi Last Edition. Such interest was generated by this limited series, destined exclusively to the Brazilian market that its production had to be doubled to 1,200 units. Between 1976 and 2013 it was sold in Brazil, following the local trend, and at the end of 2005 the boxer engine was replaced by a 4-cylinder in line 1.4 l water-cooled with Total Flex technology, being able to use ethanol or gasoline, indistinctly. Now we dream of the Volkswagen California T6, the sixth generation of one of its models with more travel throughout its history, with no less than 65 years behind it. To travel, camping and dreaming.

Son of the Jimny, the Suzuki Samurai, previously known as Suzuki Jeep 80, was a regular on asphalt in the 80s. This small SUV but high performance, has a canvas roof and have been used in many competitions Off Road for being relatively easy to modify.

The history of this car without doors goes back to the manufacture of the first Mini, when the manufacturer wanted to take advantage of all the components and manufacturing systems to build a strong vehicle that could do some of the tasks that the Land Rover, at that time in the army. In the Moke everything can be removed leaving the car completely convertible. Inside it has a light switch, fog lights, emergency light button, fan for heating and a horn. It is a 1300cc engine with 60hp associated with a non-synchronized, four-speed gearbox. It is more stable than a Porsche 911. This Moke grabs the asphalt as if it had glue on the wheels. This is where you can see that it is the brother of the Mini, although the address is “insisted”. Also, with such an aseptic design, you can get in the water and return home without fear of spoiling your interior and having a good time. 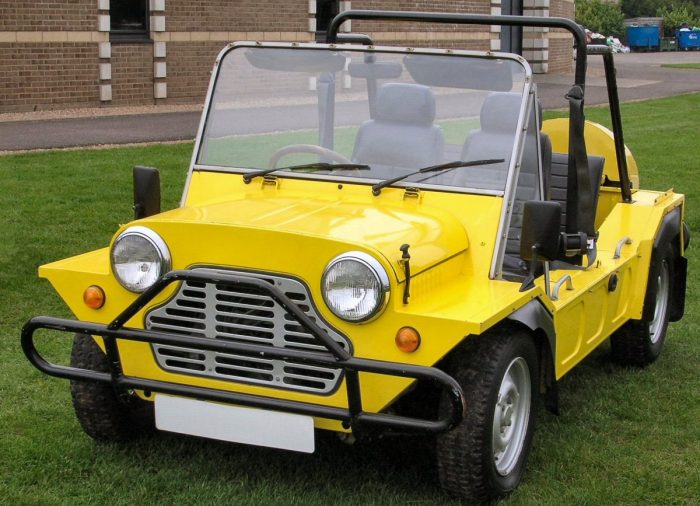