The Jeep Moab Easter Safari is one of the most important events of the year for fans of the brand. The desert places of Utah will serve as a test to the SUVs that come and will also have a surprise. As every year, Jeep takes the opportunity to present a series of prototypes and receive feedback from its most loyal customers. Here we bring you the seven of this edition.

Jeep Jeepster Concept is based on the Wrangler Rubicon and dresses in a special way to pay tribute to the 1966 Jeepster, hence the red and white colors that stain your body. Some of its exclusive qualities are that the windshield has been tilted 2.5 degrees to look more compact or auxiliary LED lights equipped on the front and on the A-pillar. Its off-road capabilities are not questioned when raising the suspension 5 centimeters and fit some 38-inch off-road tires.

The most classic of the presented is this Jeep Wagoneer Roadtrip Concept. The chassis and the transmission if they are updated, now presents a battle 13 centimeters longer and some new details such as 17-inch steel wheels with 33-inch tires. It uses a huge 5.7-liter V8 engine coupled to a four-speed automatic transmission. 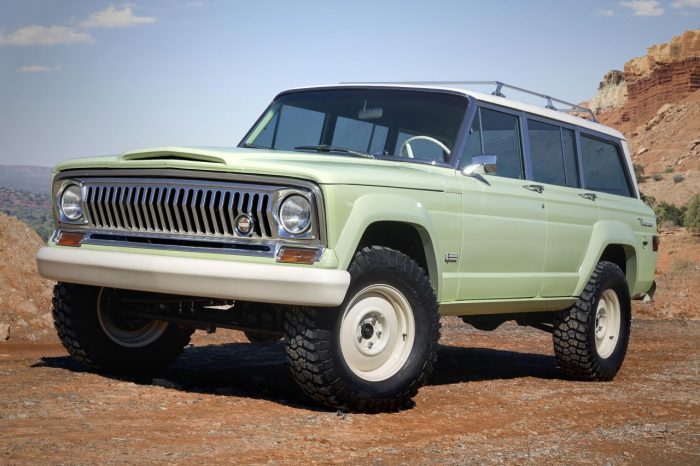 The Jeep 4Speed ​​Concept is a lightweight prototype that takes the base of the Wrangler, but with many modifications. Its length is trimmed to improve its angles and carbon fiber and aluminum are used to reduce its weight. It has 18-inch wheels and 35-inch off-road tires. It moves thanks to a small turbocharged 2.0-liter four-cylinder engine linked to an eight-speed automatic transmission. 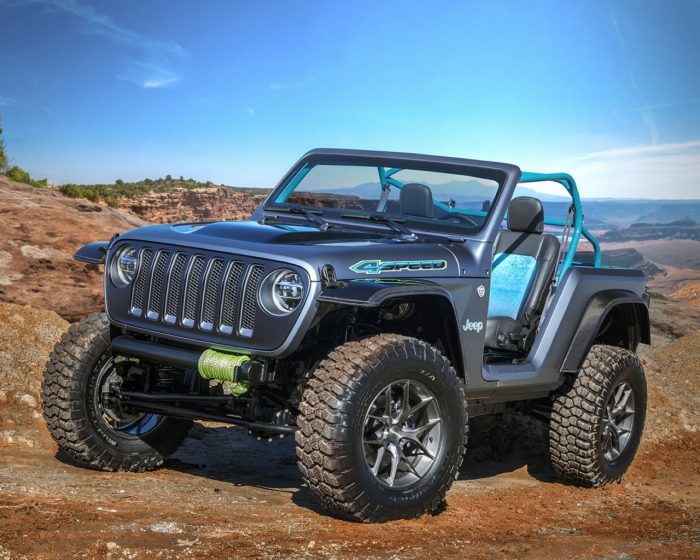 The Jeep Sandstorm Concept is inspired by the vehicles that compete in the Baja and hence has a very off-road look. They emphasize the carbon fiber hood or the spare wheel in the rear. The suspension has been completely changed and now has some shock absorbers with 35 centimeters of travel in front and 45 centimeters behind. Inside a safety cage and under the hood a 6.4-liter V8 engine and linked to a six-speed manual gearbox. 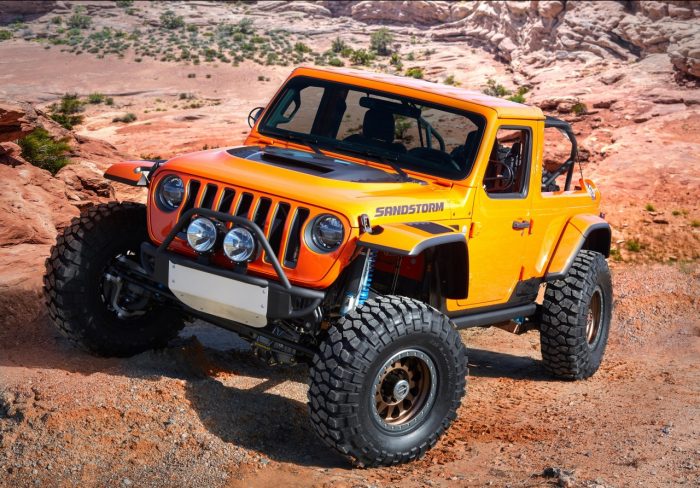 The Nacho Jeep Concept takes its name from the color of the body ‘Yellow Nacho’. It is also based on the Wrangler Rubicon and its design is modified thanks to some black elements and accessories such as tubular doors or auxiliary lighting. The body is raised slightly to make room for its 37-inch tires, while the mechanics is the conventional four-cylinder and 2.0-liter. 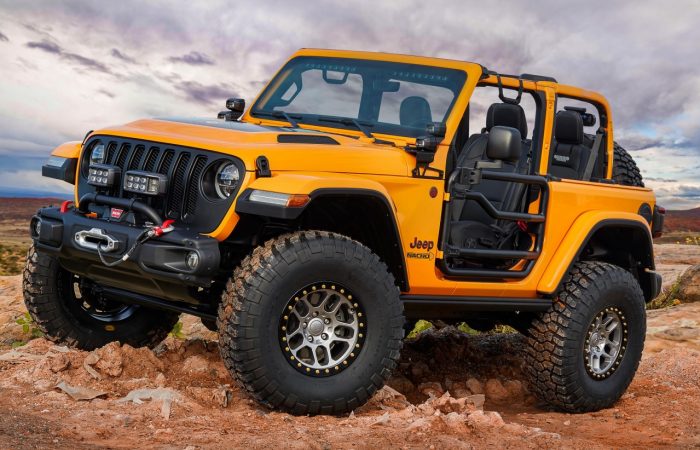 The Jeep B-Ute Concept is based on the small Renegade, which is distinguished by some details such as the bumper or grill. Its body rises 4 centimeters, receives striking bars for the roof and has 17-inch wheels and off-road tires. 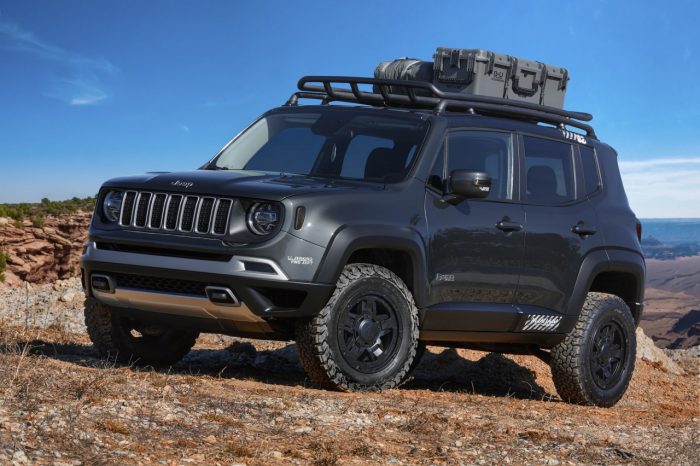 The Jeep J-Wagon Concept is a modified Wrangler Sahara to which is added an improved breather, new lights and bumpers, as well as 17-inch wheels. The dark tones predominate and the details go in a row in contrast. Inside, it receives light colored leather and very luxurious finishes. 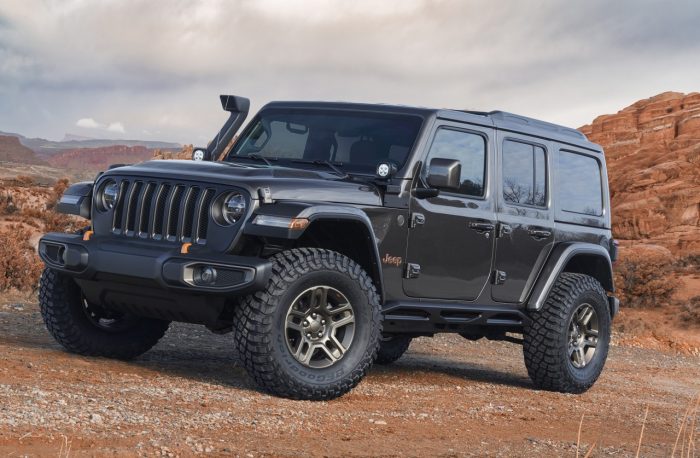