The Audi e-tron Sportback was recently introduced, the coupé-like version of the first electric of the four-ring brand. We were pleasantly surprised that its autonomy was slightly greater than that presented by the standard version. And now they announce that the Audi e-tron increases its autonomy without having a face lift or a major renovation involved. How is it possible? Well, with a mere technical update that will be applied to the copies that are leaving the production line from now on.

With a hardware level optimization and software adjustments, the efficiency of the model can be improved. Although it seems that we are talking about computers with the previous sentence, it is what has been done in the Audi e-tron 55 quattro to get to travel 436 kilometers with a full load. They are 25 additional kilometers of autonomy compared to the one we tested, which announced 417 kilometers. In this way, a little step is closer to the Sportback 55 quattro e-tron, which has 446 kilometers of autonomy.

If we go a little deeper into the modifications that have been made in the electric to improve their figures. We have to mention a new type of brakes, to reduce the residual braking torque, those energy losses due to the proximity of the brake calipers to the discs. The transmission system has been adjusted so that the front electric motor is almost completely disconnected in normal situations (it moves only with the rear axle motor) and only comes into operation when the user demands full power. 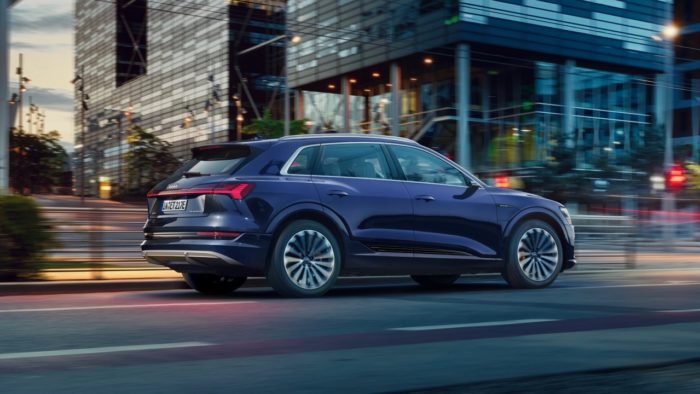 There are also improvements in refrigeration, which manages to control the temperature of high voltage components with less energy, not to mention higher level recovery in the inertia march mode. It continues to work in two ways, when it stops accelerating and rolls inertia or when the brake pedal is depressed. This system can contribute up to 30% of autonomy and its improvement is noticeable in this Audi e-tron. On the other hand, the 50 quattro version remains unchanged, with its 300 kilometers of autonomy.