To speak of Marilyn Monroe is to speak of an actress, an icon and even an industry. The fascination with the most famous “blonde” in Hollywood history moves money around its many facets. Although of all of them, one of the most unknown is related to her passion for cars.

Behind that innocent and delicate character, was a woman of arms to take, with a stormy management in love and fame. And it is that she herself was the product of the circumstances that happened to Marilyn Monroe as an actress and to Norma Jean as a person. In her public life, she used a Cadillac El Dorado given by her second husband Joe DiMaggio to attend the premieres. While in her private life, she preferred to relax in the Nevada desert at the wheel of a sturdy Land Rover Series I. 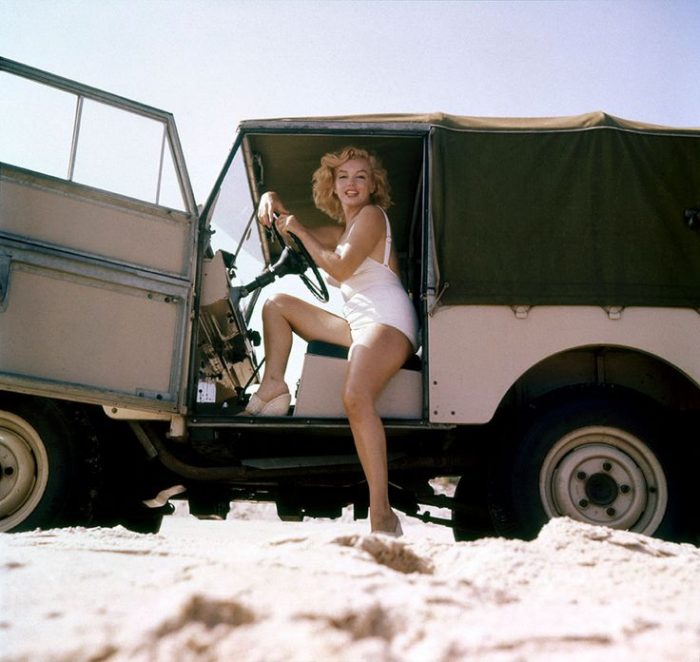 Land Rover first series, the most “coquettish” toy of Marilyn

There is evidence that the first car Marilyn bought was a 1948 Ford Super Deluxe Convertible. That car undoubtedly marked a time when youth rebelled against their parents. This car launched the still Norma to stardom, as her first producer hired her after a series of photos posing with the car. An ephemeral contract, since she was fired. And since she was still paying for the car, she decided to take a series of nude photos in order to earn some money. They would persecute Marilyn accusing her of not having moral values. A small bump before being carried away by the great wave of success that came behind. From her first blockbuster, she earned an interesting amount of money that allowed her to buy a “little whim” as was her 1954 Cadillac Convertible. 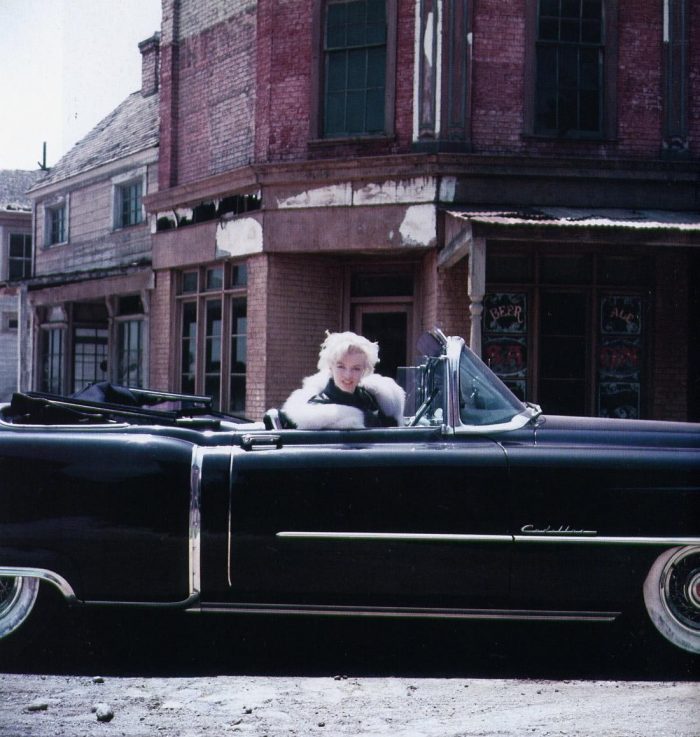 Most of her cars have two colors: black and white. Unlike other stars of the moment, Marilyn fled from opulence and extravagance when she could. She liked cars in their natural character, without frills or excesses. From her brief but intense marriages, appeared the aforementioned Cadillac El Dorado, to which are added another handful of Cadillac given by baseball star Joe DiMaggio.

From her five years of marriage with the writer Arthur Miller, a beautiful Jaguar XK 140 cabriolet appeared in Marilyn’s garage. However, she was not very fond of European cars despite also owning a Mercedes 220 S Cabrio. Her heart was especially faithful to the Ford Thunderbird, several of which were also a gift from Miller. That were the cars she escaped with when she needed to get away from the pressure of her surroundings. 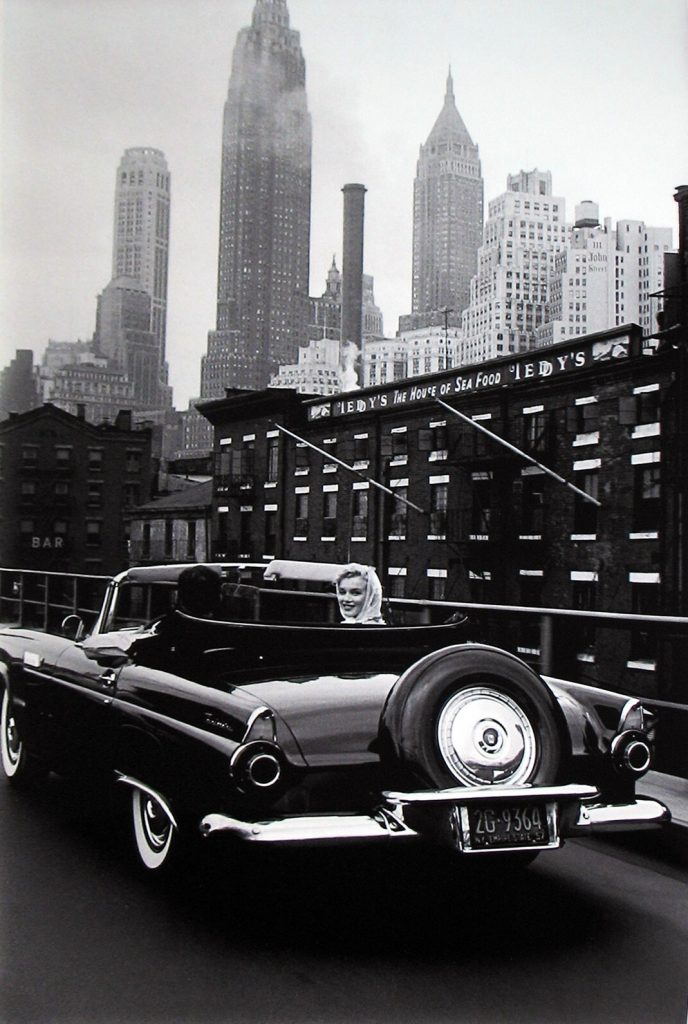 “Some like it hot” was undoubtedly a masterpiece of comedy however Billy Wilder’s film did not receive the approval of the critics in the same way that did “The Misfits”. From this film, Chrysler agreed to give the actress a new Chrysler 300 Convertible 19262.

Tragic year of 1962, the end of days for the myth was approaching, and her doctors were closer to being camels with their medication of an addiction…