Volkswagen wants to start a new era and the turning point was the launch of the Volkswagen ID.3 in the last Frankfurt Motor Show. This made them decide to change their logo, which went on to adopt a simplified and two-dimensional design, something that favors their integration into the digital world. Now the logo of Volkswagen R, the sports division of the brand, is also modified. It will be present in the most performance models of the manufacturer.

Volkswagen R is responsible for the development of sports models since 2002. In these years they have been able to see large-scale specimens such as the Volkswagen Passat R36, the Touareg R50 or the Scirocco R, although the real protagonist has always been the Volkswagen Golf R, which has been present in the last four generations of the model. In fact, it is one of the few that remain today, along with the new Volkswagen T-Roc R. On the photo there is the previous Volkswagen R logo. 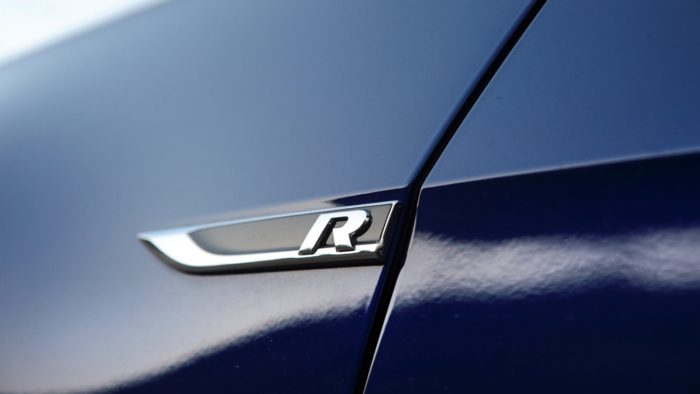 But back to the logo, Volkswagen intends to give a new strategic approach to its performance brand. Hence the famous R has been transformed and adopts a “more modern, differentiated and elegant” design. The simplification formula is also repeated for use in digital environments, while emphasizing its horizontality. Now R is more elongated and has the most marked diagonal line, regardless of the first vertical axis. Volkswagen representatives believe that this logo has more personality and that it perfectly defines the commitment to the sports sub-brand. It will not only be present in the top-of-the-range models that we have mentioned above, vehicles that are configured with the R-Line sports finish will also receive the new logo. In fact, the first model that will carry it will be the Volkswagen Atlas Cross Sport R-Line that will arrive in North America.