2 super popular cars were updated in 2015: 2015 BMW x5 and Audi A8 2015. In our opinion, they have something in common, certainly in addition to super high cost. Well, let’s start with the BMW and the appearance of these cars.

In 2015, the legendary E70 crossover was replaced by a new, updated BMW X5 with the label F15. And although the car has retained its aggressive features, in comparison with its predecessor, there are very few common parts left both in the body and in other elements.

Yes, in comparison with the previous car of this series, not much has changed, but at the same time, the features of a city jeep that have been remembered by many have been preserved: large nostrils and a large wide body. The car visually became even larger, although the wheelbase has remained since the time of his grandfather with an E53 body. 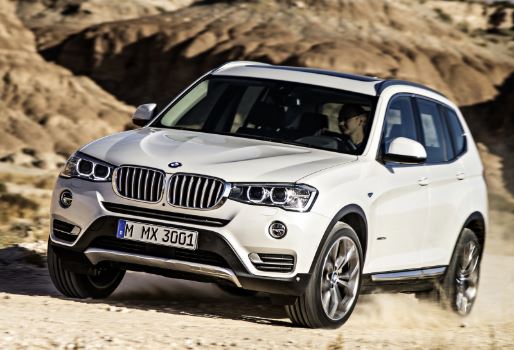 The front of the 2015 BMW X5 in a new body also received a new bumper, to which three powerful air holes were added. And this does not badly improve the aerodynamic characteristics of the car. In addition this is also additional cooling for a large powerful engine, which will be discussed a little later.

Changes also affected the front optics, the headlights became larger. As in the case of the E70, in the new BMW X5 retained the “Angel Eyes”, though they got a slightly changed look. It is also worth noting that now this model has a new modified hood, which has become much wider and the BMW X5 branded front grilles will no longer go up with the hood when opening, but will remain where they should be right in front of the radiator.

On the side of the car there are now more elegant longitudinal lines and, it is worth noting that there are now two lines the upper and lower. The back of the new BMW X5 2015 has large L-shaped lights that combine very nicely with the basic features of the general style of the car. Two rectangular exhaust pipes are placed on the bumper, which add aggressiveness to the rear view of the car.

The interior of the new BMW X5 is a strong point. It is conceived as comfortable as possible for both the driver and passengers. Almost all interior elements are covered with genuine leather, quite pleasant to the touch. BMW X5 – the first full-fledged SUV of the German brand, designed to move on any type of road

The driver’s landing remained the same before, high, which allows the driver to see everything around him, while doing this with maximum comfort. Even in the basic configuration of the car, there is already a full electric package, a two-zone climate control, a large media system with a retractable screen, heated seats and many other devices useful for daily driving. The car’s steering wheel was created using the most modern technologies, so this is not only the steering wheel, but also your personal control panel for the car, which allows you to use the buttons to control various functions of the car, such as cruise control, multimedia and even serve as a headset for talking on the phone while driving. The car interior has many horizontal lines to emphasize its spaciousness. A large center console with armrests is installed between the driver and passenger seats. It has a gear knob, traditionally for the latest BMW models made in the form of a joystick. There are also other useful things, for example, a manipulator for controlling a media system or an electro-handbrake button. 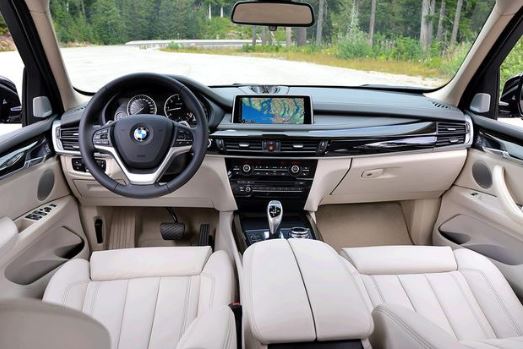 The seats are made of leather with Alcantara inserts, which will allow you to feel comfortable enough at any time of the year, whether in cold winters or hot summers. The BMW X5 saloon is generally designed in such a way that it will allow you to comfortably fit anywhere except the trunk. Although the boot is quite comfortable. The German manufacturer provides the buyer with a fairly wide selection of trim, including the choice of material, color, trim the steering wheel and other elements. As we can see from the photo above, the interior, along with the trunk, can even be completely white beauty and nothing else. 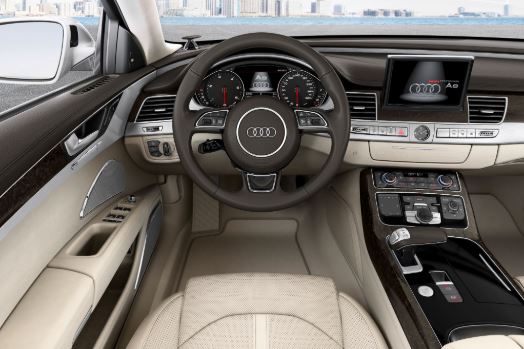 The interior of the updated Audi A8 2015 dazzles with its beauty, elegant lines and spaciousness. The front seats are equipped with ventilation and massage functions. Electrically adjustable rear seats are available as an option for the A8 and A8 L. The latter also has a center console fitted in leather. The car has a whole system of additional options, including: Audi connect, four-zone air conditioning, a sunroof with integrated solar cells and a night vision system. Audi Will Launch Its Maybach On The Basis Of The Next Audi A8

All components in the new A8 are carefully selected and processed with the utmost precision. The new design package of Audi includes:

upholstery of the ceiling, the upper part of the side pillars, sun visors with Alcantara material;

leather trim the upper part of the dashboard in mocca brown;

leather trim the bottom of the dashboard in the color of balao brown, etc. 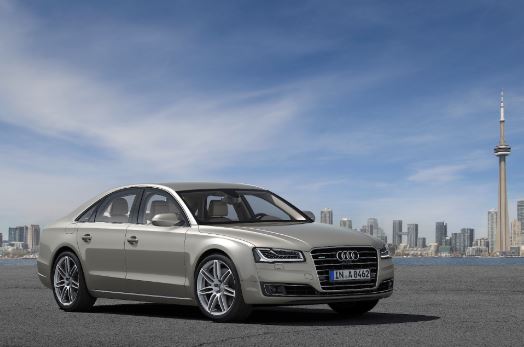 Despite the abundance of features, the new A8 has exemplary controls. On the center console is the multimedia interface Audi MMI Navigation plus with the MMI touch system, which includes: a color 8-inch TFT display, navigation, two SDHC card slots, a 20 Gb hard drive for storing audio and video information and a voice control system. The control is carried out using the symbols that the driver displays on the MMI touch button. The Bang Olufsen Advanced sound system in the car consists of: 14-channel DSP amplifier, 5-channel ICE-Power amplifier for woofers and a subwoofer, 18 speakers and a subwoofer Sound quality can reach 5.1 surround sound.

With such a filling and a wrapper, it’s even difficult to choose which car is better. Inside, everything is stylish and as functional as possible for both. Perhaps you should choose based on the cost and your personal taste.