The Ford Mustang is one of the world’s most recognizable muscle cars, a model with more than half a century of history that has always remained true to its principles. That includes having a large displacement engine in the forward position, the scheme that has been repeated throughout this time. However, back in the 1960s, when this specimen had just come out, a most striking experiment was carried out. A mid-engine Ford Mustang was raised that is still a mystery to this day.

The manufacturer of the oval itself, specifically the Ford Performance sports division, has released these images of the peculiar 1966 prototype. It is undoubtedly a Mustang with a completely different configuration than it had and has. Something similar to what was done with the Chevrolet Corvette until it reached the central engine that the new generation has, only with complete ignorance of the current managers in the brand.

These are photos that appeared in Ford’s files, found by his manager, Dean Weber. Due to his lack of knowledge about what model it was, it occurred to him to ask John Clor, head of communication at Ford Performance. The latter had not seen anything like it and decided to speak to the design department. They were consulting with all kinds of specialists such as Jack Telnack, former vice president of design; Hal Sperlich, Product Manager; or Gale Halderman, designer of the original Mustang. 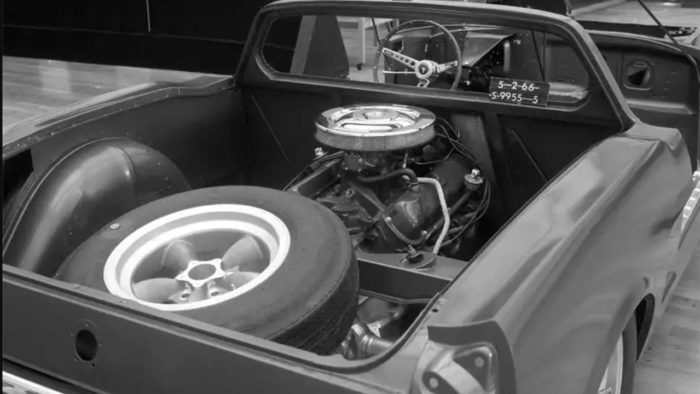 But the truth is that no clear conclusion has been reached about this mysterious prototype of Ford Mustang with a central engine. The possibility that it is one of the prototypes prior to the production model is discarded, since they were made before 1966. Also, that it was the origin of the 1967 Match 2 prototype, as its chassis does not match. The only thing that is confirmed is that the photos were taken at the International Studio in Dearborn, Michigan. Therefore, Ford is requesting information from any user who may have it through the email ClubHub@Ford.com to solve the mystery. In exchange there will be a “special prize”.