The Volkswagen Beetle is one of the most charismatic models we could find in the market. And we talked in the past because this copy said goodbye to the market a few months ago and at the moment there are no plans for its return. Although today we will not talk about the current model, but the classic one, specifically, the oldest Beetle that has references, which has just been restored and has a totally spectacular appearance.

In fact, the specimen we are talking about is technically a KdF-wagen Type 60 from 1941 that was made during the Second World War. It was just before the Beetle was the town car and triumphed under the name of Volkswagen. The fact is that the enthusiast Ondrej Brom found this unit with the chassis number 20 in a deplorable state back in 1988. It is quite surprising if you take into account that more than 21 million units were made.

This long-lived unit belonged to the Berlin composer Paul Lincke at the time of the war and later fell into oblivion. Brom was lucky, because he discovered it when he had a friend of his brother and in very poor condition. Immediately he wanted to buy it, but he had to wait until he collected the amount that was asked for him, which was 60,000 Czech crowns, about 2,300 euros at the current exchange rate. 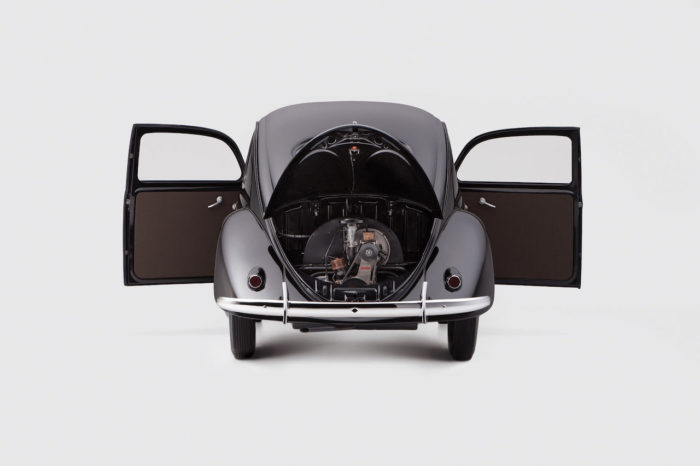 This user already had previous experience with the model, as he had had four other beetles. However, until he began to investigate, he did not discover the surprising past of the one he had just bought. He had to subject it to all sorts of processes to remove rust and paint in disrepair until he realized it was the KdF-wagen Type 60 with chassis number 20. Such a bit of history could not be left in that state, he thought at the moment.

In this way he began the restoration process of Volkswagen himself, for which he had the help of the Polish specialist, Jacek Krajewski. After a lot of work, in which part of it has been reconstructed until it reaches the aspect, that is closest to the original, it now presents it to the world. He does it with a book of 350 pages (and 120 euros) in which he told the history of the vehicle and the restoration step by step. His intention is to keep it for a while, although we are sure that the brand itself will make you a succulent offer to take it to your museum.