When we travel in the city we have a great ally, the traffic lights in green, because when we chain several we feel like the kings of the city. But there is also an antagonist, the red lights, who insist on delaying us on our route. The story is not quite so, but that’s how it feels many times and now Audi arrives with its Traffic Light Information to change everything. The driver will know when the traffic light will change and adapt his driving.

This technology is not new. The truth is that it has been used in the United States since 2016. But finally arrives in Europe, starting the first tests in the German city of Ingolstadt (headquarters of Audi) and with a view to extending to other cities to from 2020. The arrival to Europe has been delayed because the traffic infrastructure is developed locally and decentralized, while in the United States it is more uniform since it is made for more extensive areas.

To offer this Traffic Light Information function it is necessary to collect data from traffic management centers and transmit them to vehicles quickly. A kind of communication V2I (vehicle to infrastructure) that in practice allows the user to know the status of the traffic lights. That means that the user would see through his Virtual Cockpit or his Head-Up Display the speed at which he should circulate to get to the green light or, when he is in red, the seconds left until the next green phase. 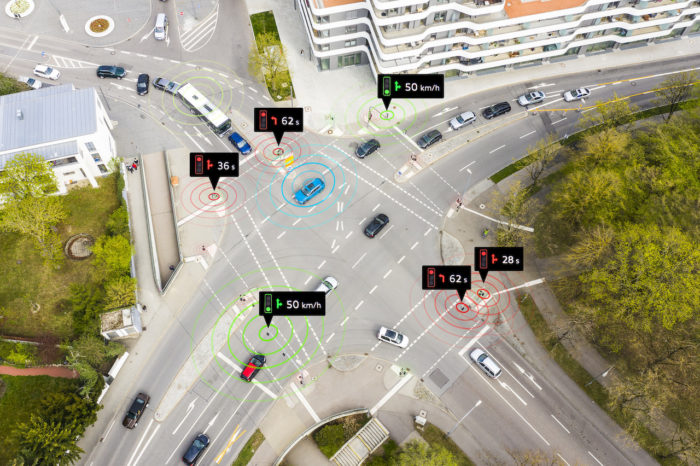 With this information, the German brand ensures that users can make a more relaxed and efficient driving by anticipating situations. The technology will be available in the new Audi e-tron as well as the A4, A6, A7, A8, Q3 and Q8 that will be produced from mid-July and will carry the Audi connect Navigation & Infotainment pack. And that’s just the beginning, because in the future there could be more functions like the cars braking on their own at the red lights