Chevrolet has updated its SUV and truck for South America. The exterior design was corrected for the models, the list of available equipment was expanded and the turbodiesel was improved.

For the South American market, the related frame pickup S10 and the Trailblazer all-terrain vehicle are produced in Brazil, so it is not surprising that it was in this country that the restyled cars debuted. Recall that the models of the current generation have been produced since 2012, and in 2016 they underwent a major modernization (the suspension was improved, instead of the power steering, an electric power steering appeared). This time there are fewer improvements. By the way, a month ago, the S10 brother Colorado was updated in the States. Well, we note that in the Chevy range there is another Trailblazer – a compact SUV with a monocoque body. The cross was presented last year, so it is still far from restyling. Ofertas Fabulosas de las Subastas Norteamericanas para España: Chevrolet Volt

So, the Brazilian Chevrolet S10 got a new grille and front bumper, the fog lights were moved higher (the angle of entry was increased from 27 to 29 degrees). There are similarities with Colorado, but still distant. And the top version of the S10 High Country now has its own front end design – with a black plate on which the Chevrolet inscription flaunts, a bow tie was installed on the side. As a result, this S10 looks like the off-road Colorado ZR2. To Brazilians, the pickup is still available with a single-row or double-row cab, plus a chassis.

The only new thing in the cabin is the fresh MyLink3 multimedia system (with a 7-inch touchscreen in the simple versions and an 8-inch in the expensive ones). It’s faster and has new graphics, Wi-Fi, 4G and remote software updates. In addition, multimedia will send a WhatsApp message to the owner if it needs to go to the service. All trim levels of the Chevrolet S10 now have six airbags (previously only in High Country), and the expensive versions have an automatic braking system that works at speeds up to 80 km / h (recognizes other cars and pedestrians). The near future of the Chevrolet Corvette: turbocharging, hybridization and more than 1000 hp

In the Brazilian market, the pickup, as before, is offered with an aspirated 2.5 Flex and a 2.8 turbo diesel. The first engine was not touched, it, traditionally for this country, is powered by both gasoline (197 hp) and ethanol (206 hp). But the diesel engine was modernized: it has a new turbocharger, in addition, in the simple versions of the S10, the engine provides more traction at the bottom, and in the expensive ones it was calibrated for dynamic acceleration and overtaking. Power has not changed – 200 hp But at the same time, Chevrolet said that the diesel engine became more economical, and the acceleration time to “hundreds” of the S10 from 6-speed automatic transmission decreased by 0.2 seconds to 10.1 seconds. Both the petrol and diesel engines on the pickup can also be combined with the “mechanics”, the drive is rear or rigidly connected all-wheel drive. 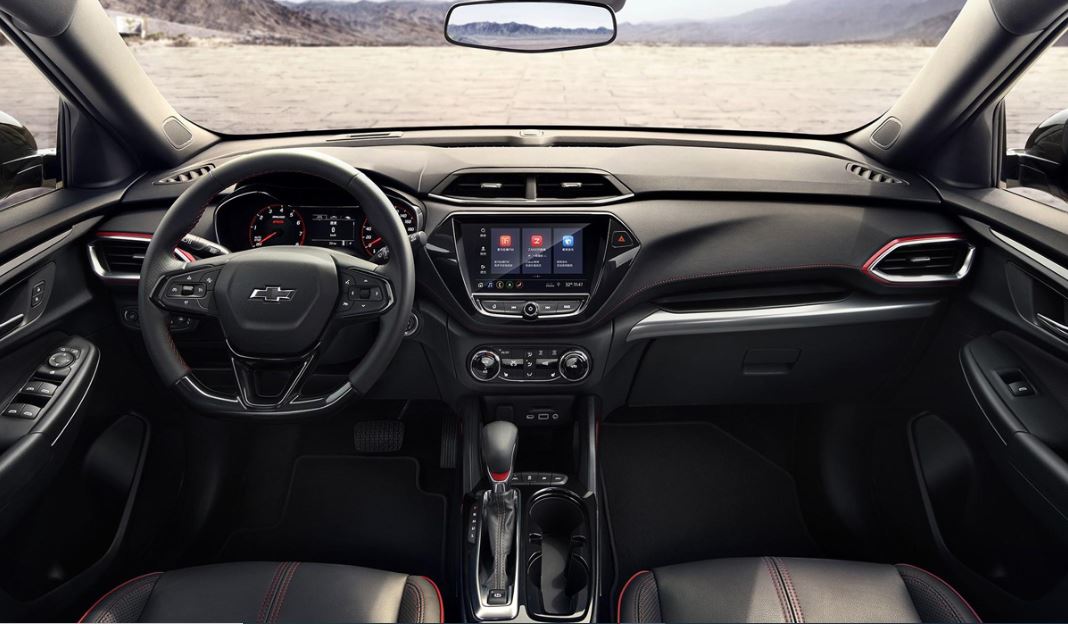 The Chevrolet Trailblazer SUV since last year in Brazil is presented in the only top-end Premier configuration (with a seven-seater saloon). After restyling, new versions did not appear, but the all-terrain vehicle now looks like the S10 High Country. This model also received MyLink3 multimedia and an autobrake system. The SUV is available only with a modified turbo diesel 2.8 and 6 speed automatic transmission and only with all-wheel drive (the model lost its petrol V6 3.6 with a capacity of 279 hp there again in 2019).